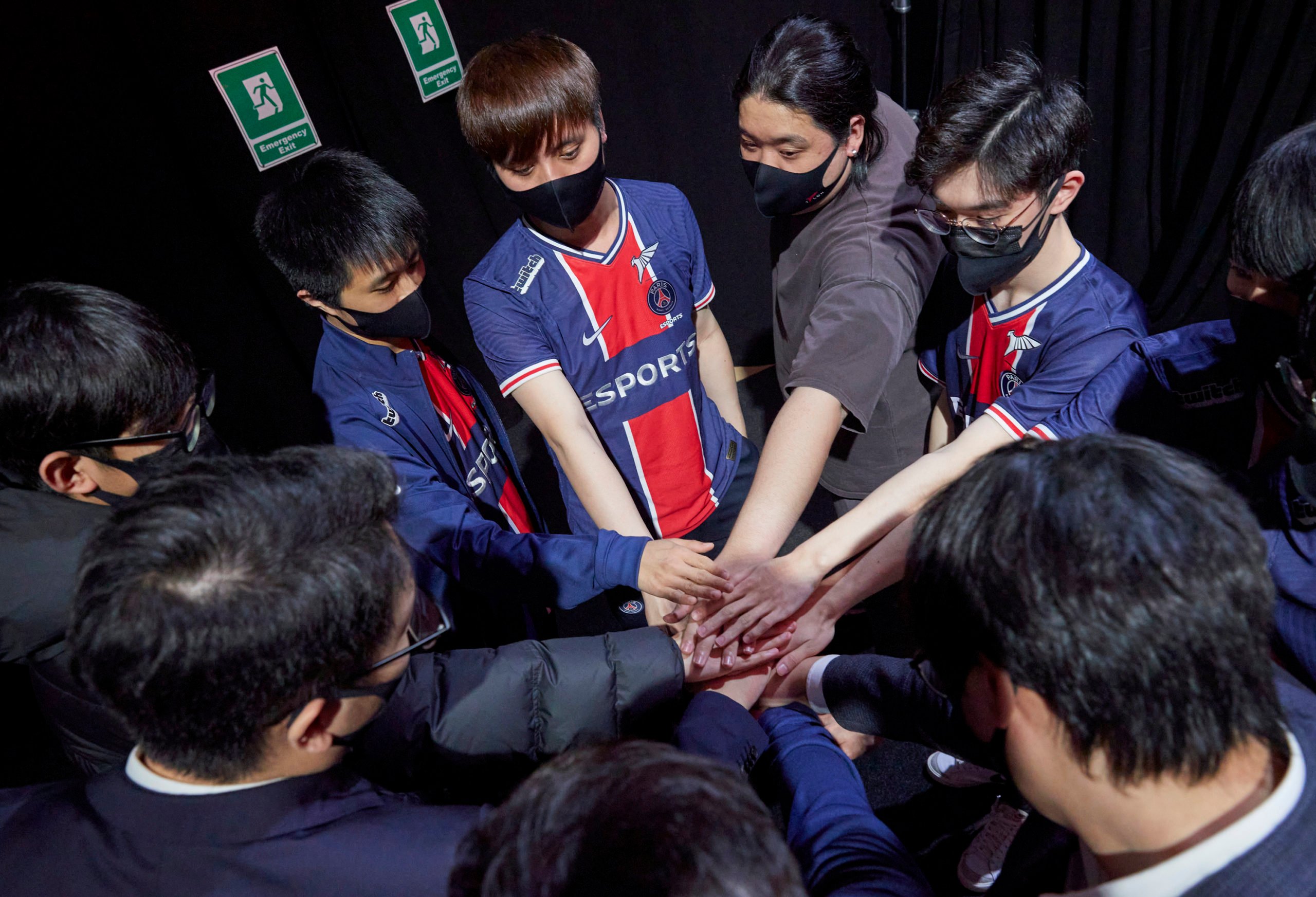 As the premier powerhouse organization of the Pacific region since its debut in League of Legends esports in 2020, Talon, backed by French football club Paris Saint-Germain, will go into the 2022 season with a new-look roster featuring some surprising new faces.

The team has added the talents of top laner Huang “Azhi” Shang-Chih, jungler Lee “Juhan” Ju-han, as well as mid laners Park “Bay” Jun-byeong and Jason “Kanna” Ng. This means PSG will field yet another unique mid-jungle pair in its two short years as an organization.

PSG seems committed to fielding a mixed roster in the PCS going forward, with the founding organization Talon having business in the esports scenes of each nation represented on each and every iteration of the team’s roster—Hong Kong, Taiwan, and South Korea.

Despite there being such a strong language divide between the players and staff of this team, it’s been constructed in such a way that there seems to be some immediate synergy on the Rift.

The core of the PCS 2021 championship-winning team remains intact with Hanabi, Unified, and Kaiwing, who are all likely to start alongside the Korean duo that PSG has lifted from Nongshim RedForce Challengers. Bay and Juhan, who played together in 2021, came in third in the LCK CL 2021 Summer Split playoffs, losing 3-2 to the eventual winners Gen.G Challengers.

These two players will have big shoes to fill with the departures of both Maple and River from the team. PSG will need to find a strong, new identity if it’s to replicate the solid performances of its 2021 squad, both regionally and internationally.

Azhi, a staple top laner of the PCS over the past few seasons, will make for a dependable substitute, as will Kanna, who himself has been in and around the PCS and LMS for several years.