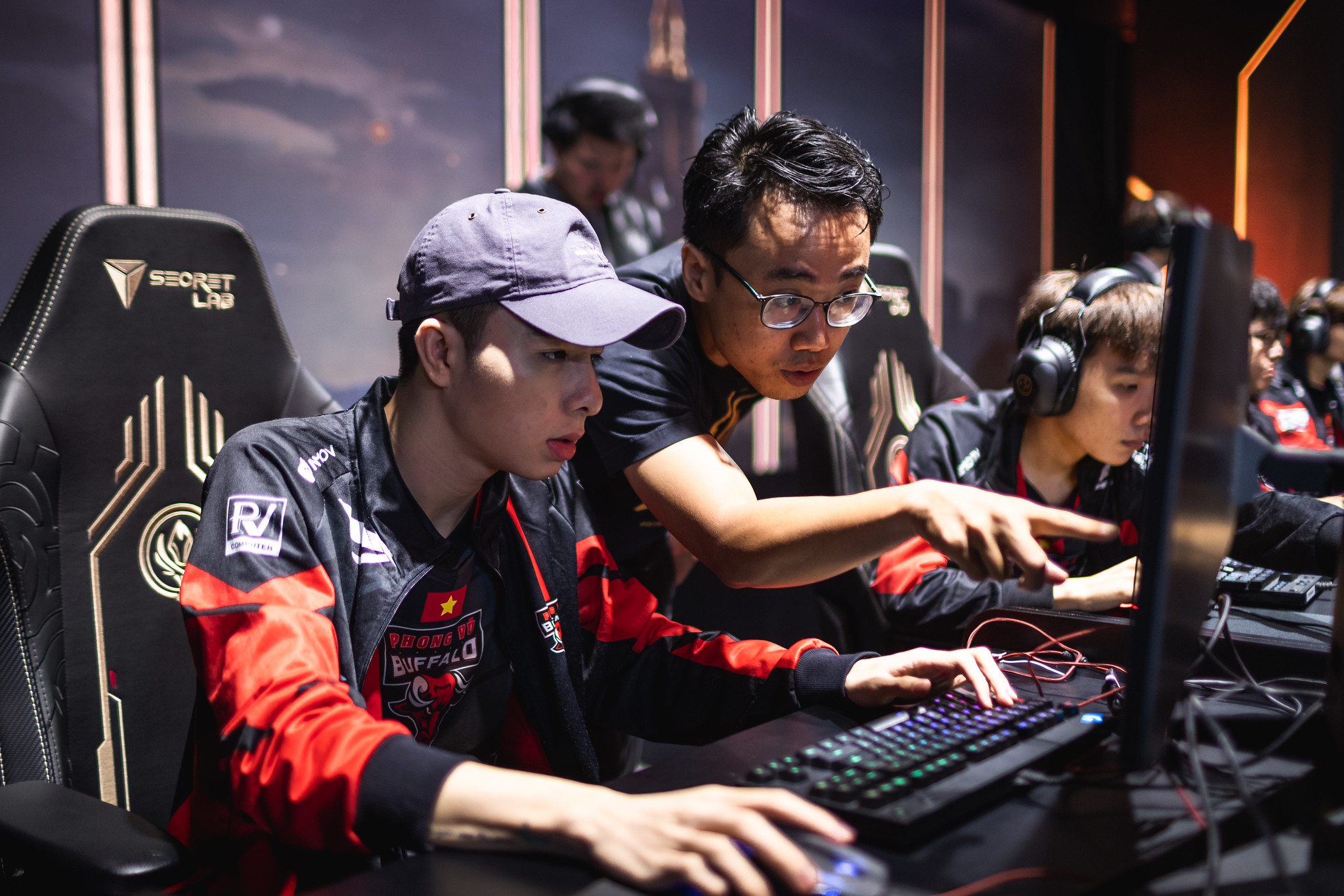 For the first time, a Vietnamese team is the home team at a major international League of Legends tournament. Phong Vũ Buffalo, playing on home soil, made their fans proud by finishing the first day of the Play-In group stage on top of Group A, the group many consider to be the “group of death.”

But just after PVB triumphed in a win over 1907 Fenerbahçe Espor, they stumbled against Bombers, who avenged their loss from earlier in the day.

The defeat opened the door just wide enough to make Group A interesting on the second day of the Play-In Stage. Instead of PVB continuing in the legacy of Vietnamese squads who soared past the Play-Ins to wreak havoc on the Main Stage, PVB will now have to sweat out two more games just to get out of groups.

Here’s how they can do it.

Competitive League of Legends has been dominated by mid laners this year. An early emphasis on top lane swung back to the center of the map as star mids started picking up the focus late in the Spring Split.

PVB bring plenty of firepower to the most important lane with Võ “Naul” Luân. A member of the regional contingent to the All Star Event each of the last two seasons, Naul has narrowly missed out on qualifying for MSI before. Now that he’s here, he seems determined to make his stay a lasting one.

In PVB’s early victories, Naul played like a monster. He racked up kill after kill roaming with jungler Hoàng “Meliodas” Nhật in the team’s opening game against Bombers, and was solid for them throughout the day. And Meliodas was a beast, popping off in multiple games.

There’s a poignant scene in the Disney film Lion King where Mufasa, the king, describes his kingdom to the young lion cub Simba. He says that “everything the light touches” is part of the kingdom, but that the shadowy place at the edge is “beyond our borders.”

For PVB, the edge of the borders is anywhere but mid lane. Naul is loath to split push alone far from his area of comfort. For the most part in PVB’s games, he hasn’t had to—that’s usually the job of top laner Phạm “Zeros” Lộc.

It’s not that Zeros or Đặng “BigKoro” Tài have played poorly, but they have played somewhat recklessly, handing over advantages where they shouldn’t. Zeros has taken some bad trades in lane and has been caught multiple times pushed up beyond his vision line.

Does he sometimes outplay those 50/50 scenarios and get the solo kill because he’s just that good? Sure, but that’s not the point. A team that is better than its opposition shouldn’t be opting into those situations in the first place. By definition, things still go poorly half the time.

BigKoro too has been caught in situations where his team is elsewhere and he realy should be running, even if it means abandoning his outer turret.

What do they want?

Through four games, it’s clear what PVB want: They want to split push. They want to play squishy champions that are good in one-vs-one and two-vs-two situations. And it hasn’t turned out terribly for them.

But it’s also clear that they don’t have the advanced split pushing chops of the best teams. They’ve played remarkably standard for a team from the Vietnamese region. That is probably the right call in the Play-Ins. You don’t want to use your best shot here.

But at the same time, they need to really hone in on what they are good at. If they have split push comps, they shouldn’t be trying to brawl, leaving BigKoro out to dry when nobody is there to peel for him. And they shouldn’t be going for desperate teleport gambits when they can simply play standard and make teams come to them.

The good news is PVB are still atop the group at 3-1. This was never supposed to be easy—it was called the group of death for a reason. But if they want to carry on the legacy of a Vietnamese team making a run to the main event, they have to figure out how to expand the borders of their kingdom to make sure the entire Rift is in the light.