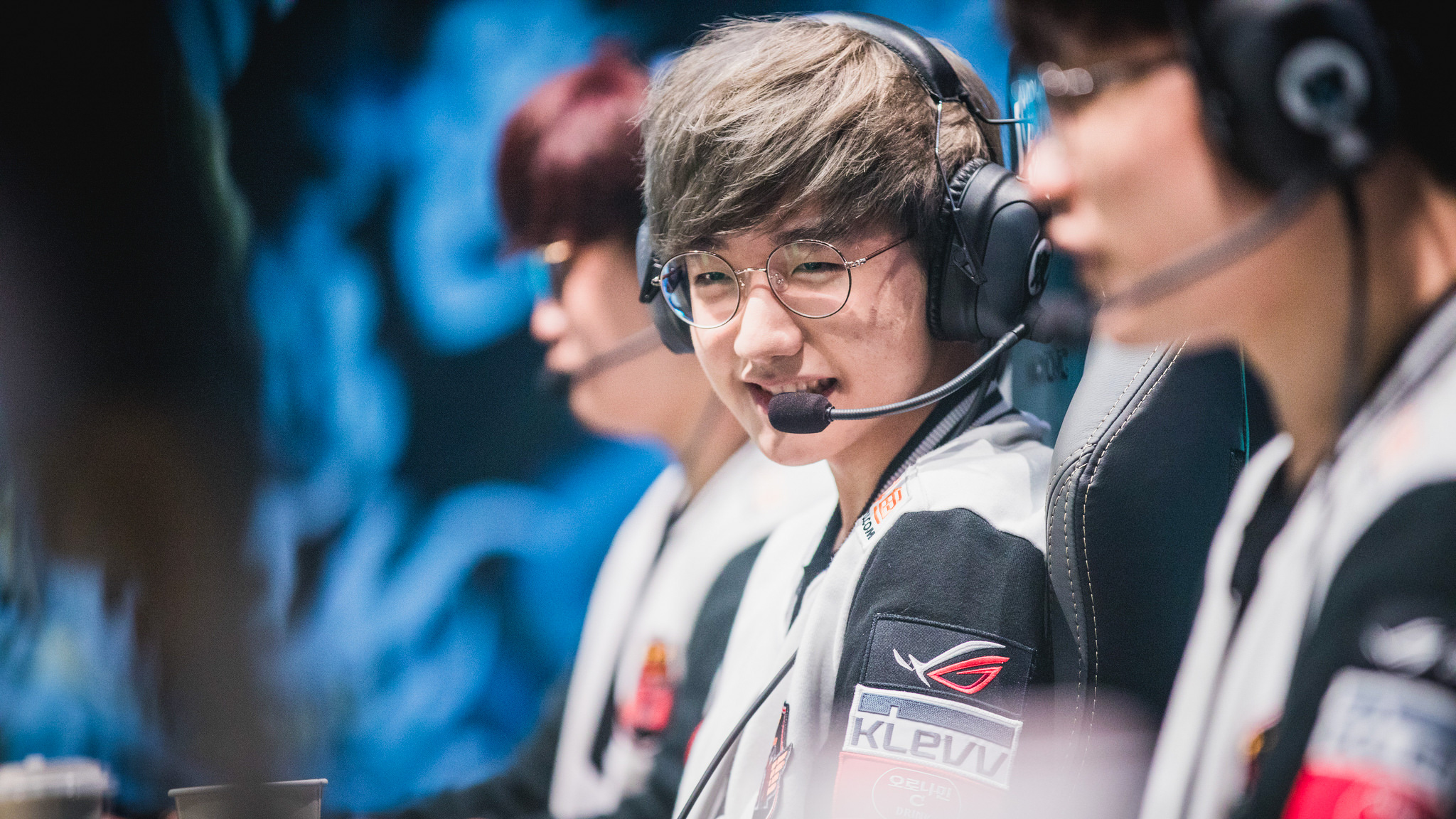 SKT got firsthand knowledge of how good Peanut was in a tough five-set match with ROX Tigers in the Worlds semifinals that year. SKT figured they could mold his precocious talent to their style. But after a year of uneven results, the experiment is over, as SKT announced on Facebook that Peanut and backup mid laner Kim “Sky” Ha-neul’s contracts were not renewed.

For years, SKT had tried to improve their jungle position, largely relying on young players they could train. Peanut was a risk—he was young, but over two years with ROX, he’d developed a super aggressive style that did not seem to fit well with SKT’s more established, steady pace.

Related: Peanut’s record 14 kills in one game at MSI.

On SKT, Peanut worked hard to adapt, but by the end of the season, the fit just wasn’t there. Sure, he raised SKT’s ceiling and the team had some of its most dominant games with him on the roster. It can’t be forgotten that he came off the bench to lead SKT to a comeback against Royal Never Give Up in the Worlds semifinals. The fifth game was classic Peanut—an early gank from him swung the entire series in SKT’s favor.

But the magic wouldn’t continue in the final against Samsung Galaxy, a team with much more polished macro play. SKT’s lows with Peanut were painful, and Galaxy showed how he could be made irrelevant through strong map control. It’s no surprise that for much of the LCK Summer Split, Peanut found himself rotated in-and-out of the lineup with Kang “Blank” Sun-gu.

Now that SKT’s moved on from Peanut, the guess is that they’ll go back to mining the Challenger ladder for the next young jungler to bring into the fold. Over the last season, Blank has evolved into the steady veteran who provides vision in a mid-centric game around star Lee “Faker” Sang-hyeok. Someone young that can be molded to SKT’s style could be just what the team needs to get back its Worlds mojo. The biggest remaining question is whether Heo “Huni” Seung-hoon, the other criticized member of the team, will also be let go.

As for Peanut, he shouldn’t have a difficult time finding his next team. His struggles with SKT were well documented, but he’s still one of the most gifted junglers in League. Any team that needs a dose of happiness and over-the-top aggression would do well to pick him up.