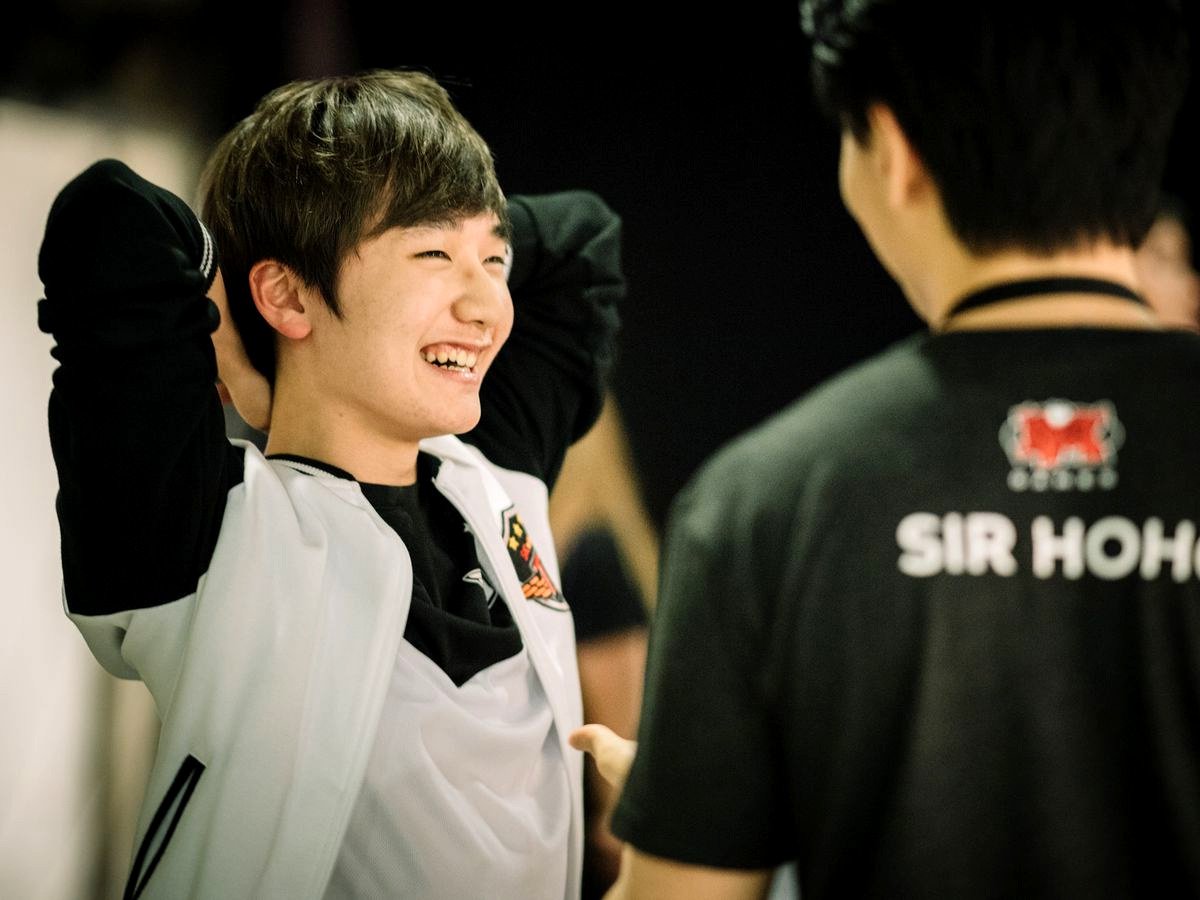 SK Telecom T1 jungler Han “Peanut” Wang-ho is one of League of Legends’ most promising and exciting young stars. His youthful exuberance translates well to the stage and his ability to produce smart, flashy plays is overwhelming. After years of steady, staid play from the jungle position, SKT really received a shot in the arm this year with the addition of Peanut’s prodigious talent.

Peanut has reached an even higher level this year with his play on Lee Sin, the most influential jungle champion in the history of League. Lee combines high damage and early power with incredible utility. He can invade, gank, and initiate like no other champion. Get a Lee fed in the early game, and usually it’s lights out.

It’s now a brief footnote to history, but Peanut didn’t actually start playing Lee in competitive games until late last fall as part of his preparation for the Season 6 World Championship. His advancement in less than half a year is astounding.

At MSI, it was shocking to see team-after-team balk at denying Lee to Peanut, even though he’s undefeated on the champion. The Gigabyte Marines were only one of those teams, but they suffered the most as Peanut racked up kill after kill, taking names and breaking records. First though, the Marines had to make Peanut mad:

Usually, killing SKT’s star mid laner Lee “Faker” Sang-hyeok is a good thing. In this case, it just stirred the hornets’ nest, except this time the hornet was Peanut. He went on a rampage, racking up 14 kills in the contest and breaking the MSI record for most kills in the first 15 minutes of a game.

Here are the highlights of all 14 of Peanut’s kills.

Immediately after getting First Blood on Faker, Gigabyte Marines jungler Đỗ “Levi” Duy Khánh went to the bot lane to help alleviate some pressure. The Marines had started a lane swap and Levi wanted to stall out SKT’s turret trade. But he was going in blind and without flash, the ultimate disrespect to Peanut’s Lee.

GAM still stubbornly went ahead with the lane swap to get Ziggs ahead. They dove SKT top laner Heo “Huni” Seung-hoon twice, but on the second attempt, Peanut was there to get revenge.

Time to get out of Dodge. Kill count: 5

After that Double Kill, Nguyễn “Slay” Ngọc Hùng unwisely decided to stick around for more. He thought he was safe with Peanut on low health and avoided the first Q. But then he stuck around too long.

The Marines tried to set up a gank to kill what appeared to be an overextended Huni, but Huni was only pushed up because he had help on the way.

Lee Sin is known for setting up plays for his teammates, but Peanut turned Lee into a one-shotting monster all on his own.

Faker gives it up to Peanut. Kill count: 8

Normally you see kills handed from the jungler to the SKT mid laner, but this time, it was for a cause. With his eighth kill, Peanut tied the record for kills before 15 minutes.

The Gigabyte Marines played the entire tournament with abandon, and that didn’t stop in the face of a fed Lee. They set up a five-man dive in the top lane and took down several SKT members. But multiple people in the same spot may have just been what Peanut needed to break the record.

But wait, it’s not over! The Marines dive looked successful as they killed three members of SKT. But that was just a bait for Peanut to clean up. Next time, just avoid the magical journey.

Still undeterred, the Marines set up another power play to kill Bae “Bang” Jun-sik and Huni in the bottom lane. But one vs. four is not a problem for Peanut’s Lee Sin.

Despite losing Stark, the Marines stuck around for the turret, allowing Peanut to take down Levi and Archie for kills 13 and 14. It would have been 15 if scumbag Huni didn’t steal one at the end.

Whew, what a ride. By that point, all serious analysis had ended and the only question would be how many kills Peanut would rack up. But SKT actually reigned it in and closed in rather clinical fashion, opting to end the game efficiently rather than get Peanut the kill record.

But this was still one of the most exciting games at MSI. The Gigabyte Marines made a lot of fans with their aggressive, balls-to-the-wall style. And Peanut made a few of his own with performances like that.