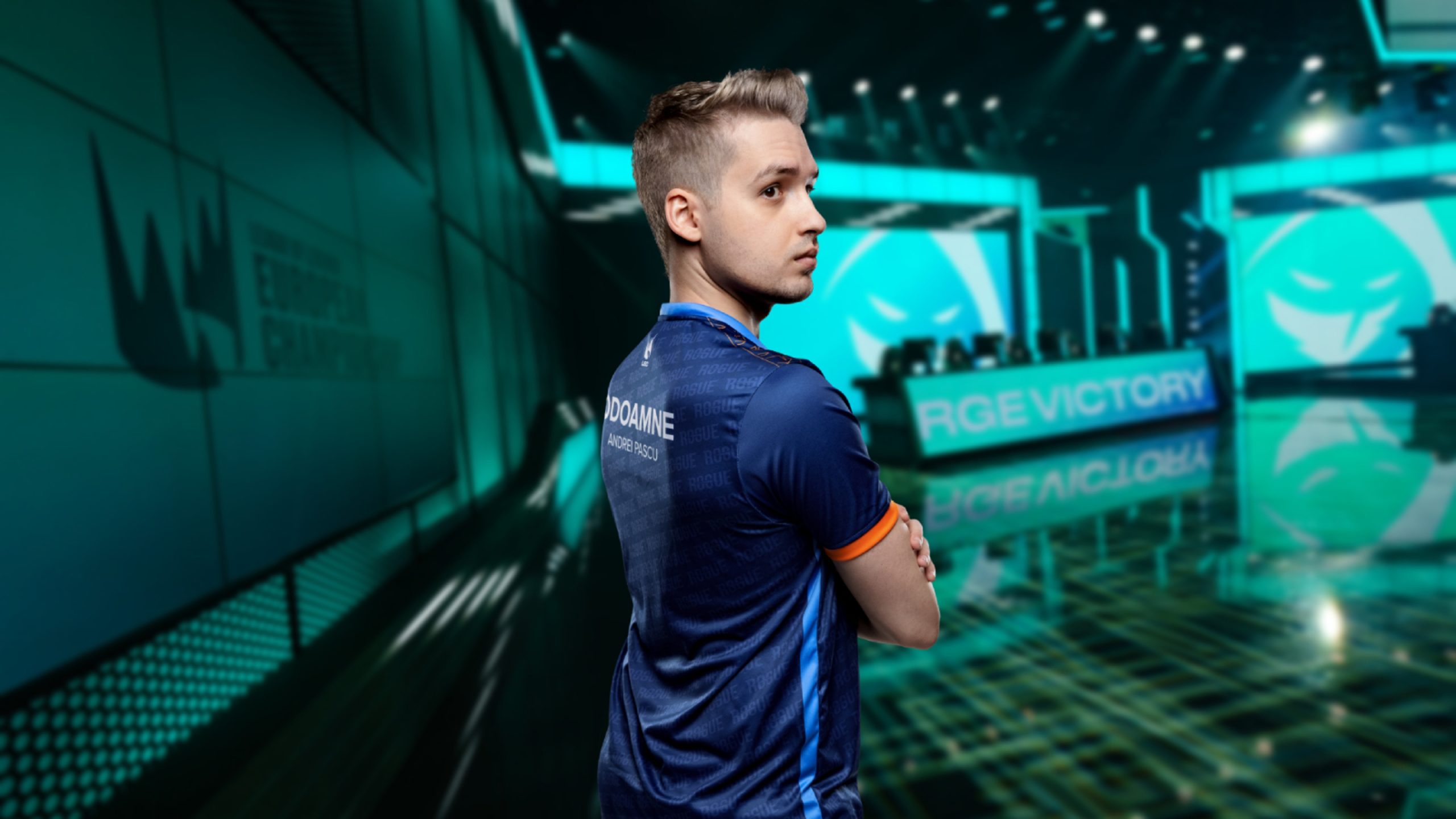 For the third time in a row, Rogue have locked a place in the finals of the LEC.

The European squad played Fnatic in the upper bracket semifinals last weekend and were just one game from being thrown into the loser’s bracket. But, with firm and decisive gameplay, Rogue reverse swept their opponents to qualify for the finals.

Throughout the series, the squad’s top laner, Odoamne, didn’t produce impressive numbers or individual outplays. The veteran player, however, controlled his lane and played his role masterfully, After the game, Odoamne spoke with Inven Global’s Nick Geracie and John Popko about his individual form and more.

The player believes he’s currently displaying the best performances of his career. And it hasn’t gone without notice since he has been named in the 2022 LEC Spring Split All-Pro team.

“For me, it’s just crazy. Last summer, I won All-Pro as well, but not last spring. I feel like I’m getting better with every split I play,” he told Inven Global. “I feel like I’m getting more stable—I’m not inting anymore, I’m not caught in stupid places on the map as often as I was before, and I just feel like everything is cleaner and clearer.”

It goes without a saying that when it comes to stable, consistently performing top laners in Europe, Odoamne comes to mind. The Romanian himself has acknowledged his great form.

“I think that shows in my playstyle, and in a way, I feel like I deserved All-Pro this split. I feel like I’m not as flashy as the other top laners, but the fact that I’m always where I need to be and I’m always so solid and consistent made me feel like it was a no-brainer that I deserved to win All-Pro,” he said.

Make no mistake, though. Odoamne isn’t “getting cocky” and is aware that he has “struggled” at times. Still, in his eyes, he believes he’s the best he’s ever been.

“I feel like top lane is one of those roles where you benefit from having a lot of experience,” he said. “And I’m just really happy that after eight years of my career, I’m playing the best League of Legends that I think I’ve maybe ever played. It’s a lot more frequent for me to have good performances than bad ones.”

Nevertheless, the work is not done, and Odoamne hasn’t allowed himself to be distracted from his goals. Despite competing since 2013, the player has never lifted an LEC trophy. “The bigger game is next week,” he said. “We have the power and tools to win everything. It would be a shame to let it pass.”

On Saturday, April 9, Fnatic will clash with G2 Esports for a spot in Sunday’s grand final where they’ll face off against Rogue for a place at the Mid-Season Invitational.