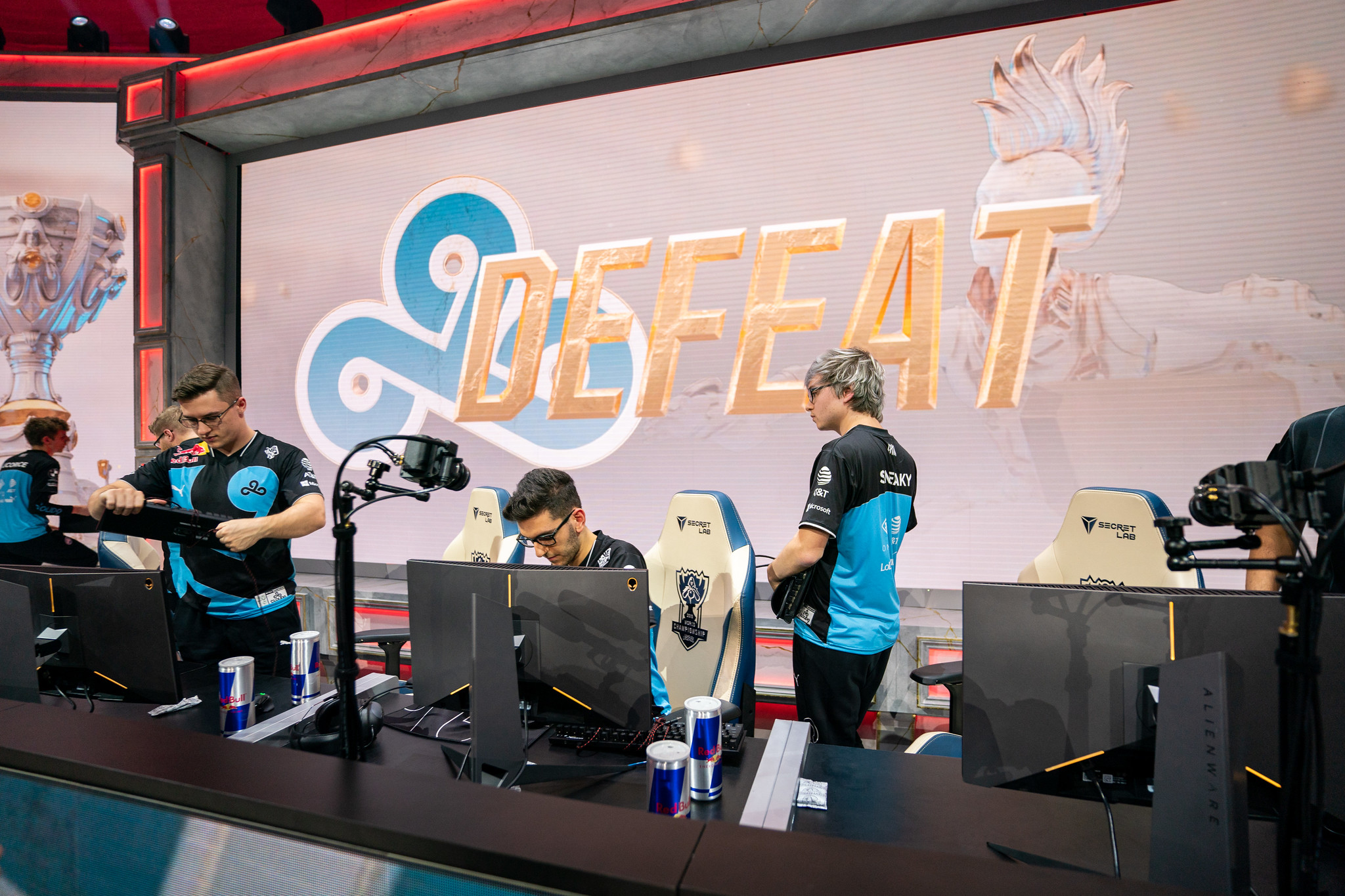 Writing off Cloud9 and leaving them for dead is an annual autumn ritual for North American League of Legends fans. They’d call Cloud9 an immature team with plenty of issues with no shot against better international teams at Worlds. And who could blame them? For most of the past few years, Cloud9 have scraped into the tournament as the region’s third seed—and honestly, being the third-best team from a cursed region isn’t really something to be proud of.

And every year, like clockwork, Cloud9 would prove everyone—besides their own ardent fanbase—wrong. No matter how bad they looked in regional play or how difficult their group was, this team would find some way to survive the group stage. It’s like the team relied on others to write them off before they started really believing in themselves.

But this year was different. They actually had a shot at winning the domestic title before falling to Team Liquid in a dramatic five-set summer playoff finale. For the first time since 2014, the team wasn’t the NA third seed. Even when they got placed in a group with MSI champions G2 and LCK regular season winners Griffin, there was hope—nay expectation—that somehow they’d get out again.

But they didn’t. After six games mixed with surprise and sadness, they managed only two wins, none against G2 or Griffin. Their elimination from Worlds may feel disappointing for North American fans, but there’s nothing really to be disappointed about. Their performance at Worlds 2019 was classic C9—how could their fans ask for anything more?

For many fans, the disappointment with Cloud9 stems from some of the bizarre choices they made during the group stage. Foremost was the surprising decision to start backup jungler Robert “Blaber” Huang. Starting a sub isn’t unheard of at this level—but the thing is, Cloud9 were benching the MVP of the LCS Summer Split Dennis “Svenskeren” Johnsen.

At first, it seemed like this might be a gambit to gain Blaber some stage experience in a game against G2 that the team felt it could not win. But then Blaber started the next game too, in what resulted in a loss vs. Griffin. Why on earth would Cloud9 bench their superstar jungler in the most important games of the year?

Support Tristan “Zeyzal” Stidam revealed in an interview with Travis Gafford that Blaber had been playing in a significant portion of the team’s scrims. The fact that the team made a roster choice based on scrim results is troubling—we don’t know who they played, and the Asian teams tend to troll during international scrims. Blaber’s practice results very well could have been fool’s gold, especially with how crazily aggressive he played on stage.

But the thing is, Cloud9 always does this. Last year it was benching nearly the whole starting lineup to start the Summer Split. Coach Bok “Reapered” Han-gyu is comfortable in his role as a mad scientist, and it’s always produced results. Those criticizing him for benching Svenskeren are also guilty of results-oriented analysis.

Cloud9 have never been afraid to experiment, from its roster to its champion choices. This year, both failed them in a catastrophic combination, but that’s always been their identity. And from a certain perspective, it’s almost better that the team lost doing its thing rather than trying to copy someone else.

The other thing about Cloud9 is that they’re not truly dead. Parts of their ethos lives on in the form of North America’s remaining squad, Team Liquid.

It’s no accident that two star members of Liquid, solo laners Jeong “Impact” Eon-yeong and Nicolaj Jensen, were former members of Cloud9. Those two players know what’s required to make a long Worlds run, and this year they’ve both proven it. They’ve both outplayed opponents in their group who many analysts would peg as superior players.

Liquid have also taken to heart Cloud9’s emphasis on experimentation and expanding champion pools. Before this year, bot laner Yiliang “Doublelift” Peng would never be caught dead playing something like Sona—now she’s one of his most successful champions. It wouldn’t be a shock to see her come out and earn a win in one of the team’s final three games.

Impact too has expanded his pool to favor more aggressive champions that can win lane and split push. But in the mid game transition, Liquid are better able to support him and extend his leads, where Cloud9 failed in those key moments in their games.

And it’s not just the strategy—in Liquid’s victory over ahq, the team fell behind by an absurd amount. But unlike past favorites from NA, Liquid didn’t crumble—they played with the same type of irrational overconfidence that’s always driven Reapered’s teams. It’s like Liquid have become the more perfect form of Cloud9.

Before the tournament, we wrote that Cloud9 were North America’s best hope because of their ridiculous history. But now, with Cloud9 eliminated, there’s still hope. Liquid have a shot a Worlds glory if they can take up the banner that was dropped and continue Cloud9’s legacy as the North American team that just refuses to die.