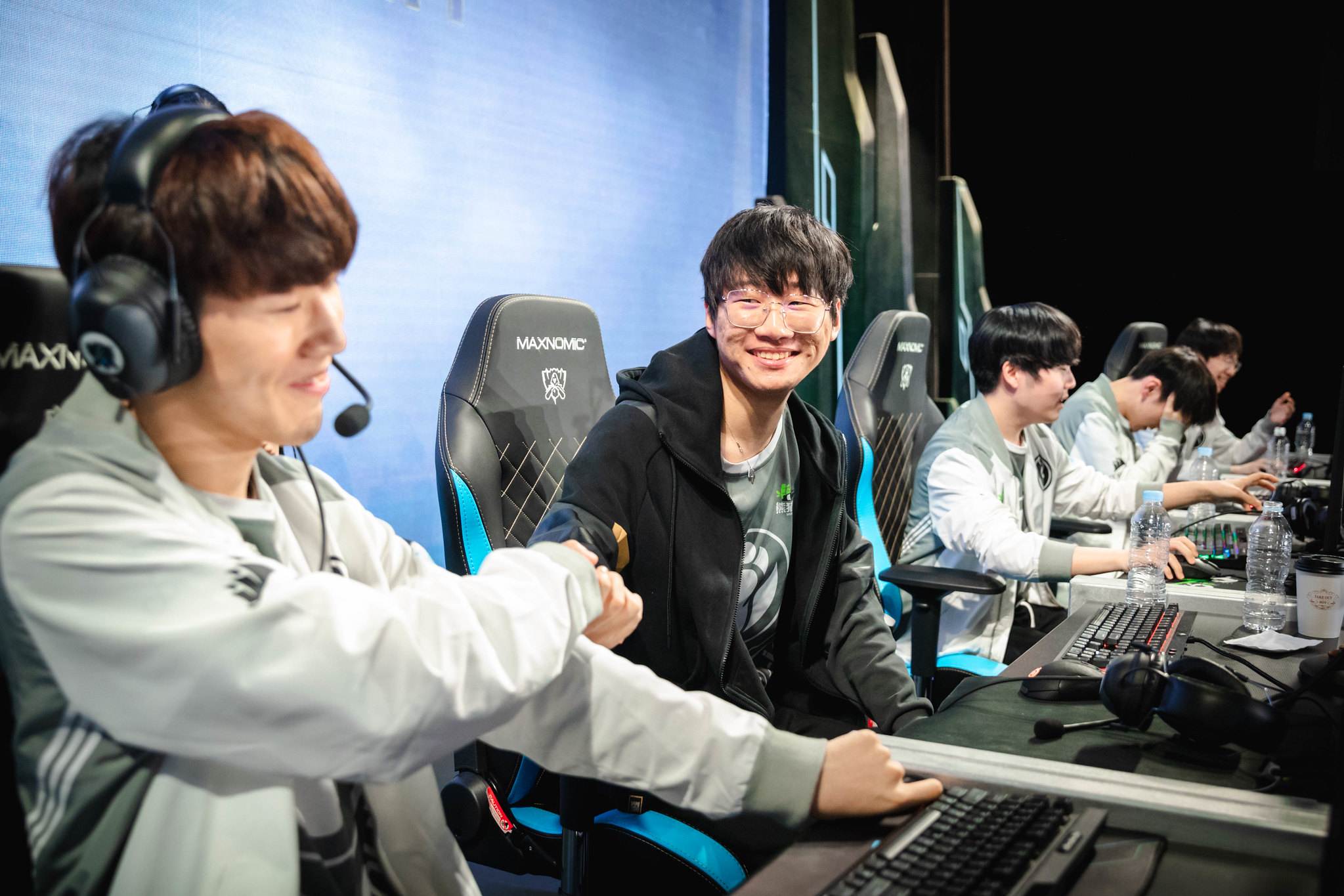 World champion jungler Ning carried Invictus Gaming’s early game, a feat that he’s not usually known for. He played Rek’Sai in the first game and Lee Sin in the second, receiving both MVP votes for his marvelous performances.

The first game began with total domination by Ning on Rek’Sai. He secured early leads in every lane and funneled resources into his laners to make their lives easier and give them the chance to win the laning phase.

RW obtained some early objectives in the Rift Herald, dragons, and Tower Plates, but it was insignificant compared to the lead acquired by IG. After picking up the Baron, IG extended their lead to more than 10,000 gold and easily finished the game.

RW swapped out their solo laners for the second game, but that move didn’t change much. Ning, on his famous Lee Sin pick, repeated his game one performance by creating early leads in every lane and being prepared to counter gank RW.

Without a lead in any lane, RW just fell off over time, losing objectives and constantly falling behind in items. After picking up the first Baron at around 20 minutes and extending their lead to more than 12,000 gold, IG pushed to end the game.

Today’s series was a success for IG, showing that they actually can play a good early game. TheShy was on point today as well after playing poorly over the last couple of months. He played safe and didn’t overextend, showing that he can adapt and be a beacon in the top lane for his team without dying too often.

IG finished the Spring Split regular season in first place but came up short during the playoffs, losing to FunPlus Phoenix in the third-place match. They kept switching between their junglers last split but decided to settle on former world champion Ning for the summer.

IG will face EDG next, where they’ll have a chance to reach the top of the LPL Summer Split standings. You can watch the match on the official Riot Games LPL channel on Sunday, June 21.