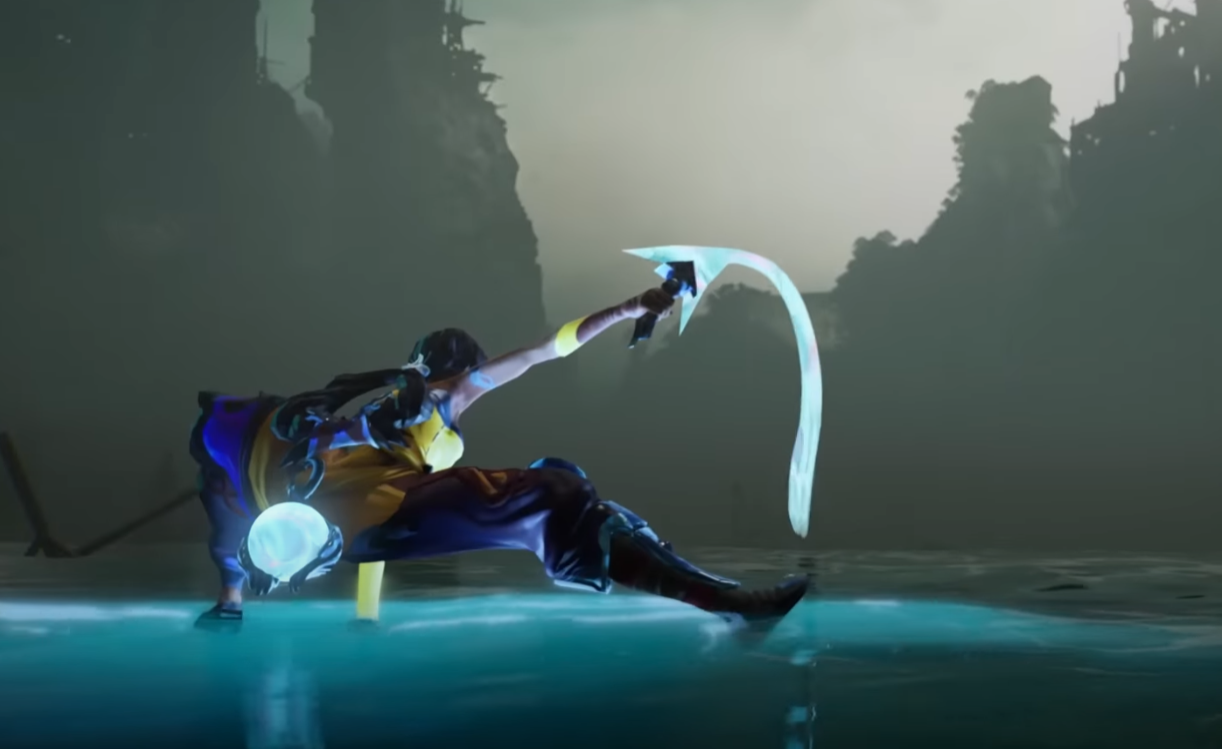 Riot Games has just unveiled the next champion coming to League of Legends, and she will bring a lot of joy to the Rift.

Nilah “of the Seventh Layer,” as she introduces herself, was revealed in Riot’s latest teaser today. She was teased during the Champion Roadmap in April as a colorful stranger from a distant land and was further hinted at in a brief teaser yesterday.

A few leaks regarding Nilah began circulating at the start of June, but the official name and appearance of the new bot laner weren’t confirmed until today. Nilah’s abilities were also showcased in the trailer. Wielding a colorful and flowy whip, Nilah seems to be able to dash toward her enemies and hit her whip on the floor, leaving a liquid trail behind. Another one of her abilities seems to grant her protection from auto attacks while leaving her open to the damage of enemy abilities. It also appears that this ability and effect can be shared with Nilah’s allies.

The last ability shown in the trailer sees Nilah creating some kind of vortex around her while she swings her whip and damages her opponents in the area. In the few seconds of the activation of that ability, Nilah is surrounded by hands, a characteristic of her design that also appears in one of the champion’s animations.

With a monk-like robe, Nilah travels around Runeterra to face and crush all kinds of evil who, according to the new League champion, have made themselves too “comfortable” in the world. Additionally, she seems to be borrowing the power of a demon that she calls the “Lord of the Waters” to fight her foes.

Although most of Nilah’s abilities are shown in the first official trailer along with some details about her lore, League fans can expect to receive more official information about her in the coming weeks. It hasn’t been long since Bel’Veth’s release, but Nilah could hit the Rift by the end of the month to bring some joy to the summer.