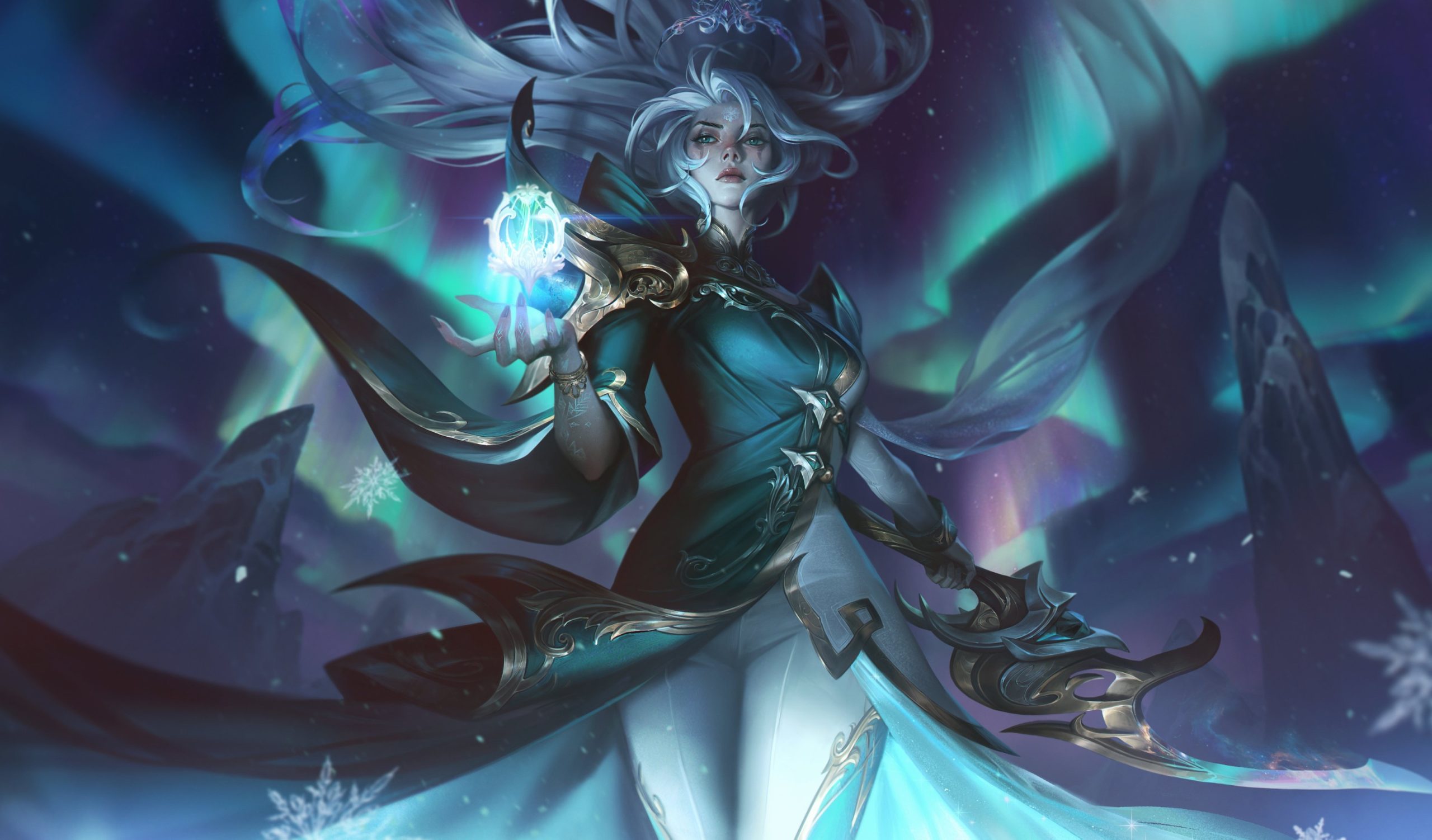 A new set of winter-themed skins for League of Legends has been shown off by Riot Games.

The skin line, which is titled “Winterblessed,” had splash arts for six champions officially revealed today. The champions featured in the Winterblessed skin line are Diana, Zoe, Zilean, Shaco, Swain, and Warwick.

In addition to the six base skins coming to the game, Warwick will be receiving a prestige edition of his Winterblessed skin. The prestige version of Warwick’s holiday skin features a completely new splash art.

The Winterblessed skin line features a wide array of colors in its splash arts, including a mix of soothing purples and greens. The soft, cool colors of the winter create a mystical vibe for each of the champions featured in this new, alternate universe.

The winter-themed Winterblessed skin line will be the first winter skin line introduced to League since the Sugar Rush skin line in 2019. Traditionally, winter and holiday skins had been an annual occurrence in League, but the yearly release of new skins during the game’s Snowdown Showdown event went on hiatus in 2020.

Related: Zilean has now gone 1,000 days without a League skin, and it’s not the first time

This year, the Winterblessed skin line largely features champions who have never received a winter skin before. Of the six champions receiving skins this holiday season, only Shaco and Zilean already have winter skins (Sugar Rush Zilean and Nutcracko). Coincidentally, the release of the upcoming Polaris skin line will mark the first time that Zilean is getting a skin since Sugar Rush Zilean was released in 2019.

These new Winterblessed skins have not been given an official release date as of yet, although sometime within the first three weeks of December should be expected if history is any indicator.

Abilities and animations have not been revealed for these skins at this time, but they should be expected to land on the League PBE in the coming days.

Update Nov. 14 1:36pm CT: The official title of this year’s winter-themed skin line is “Winterblessed.” This article has been updated to reflect Riot Games’ announcement of the skin line’s name.