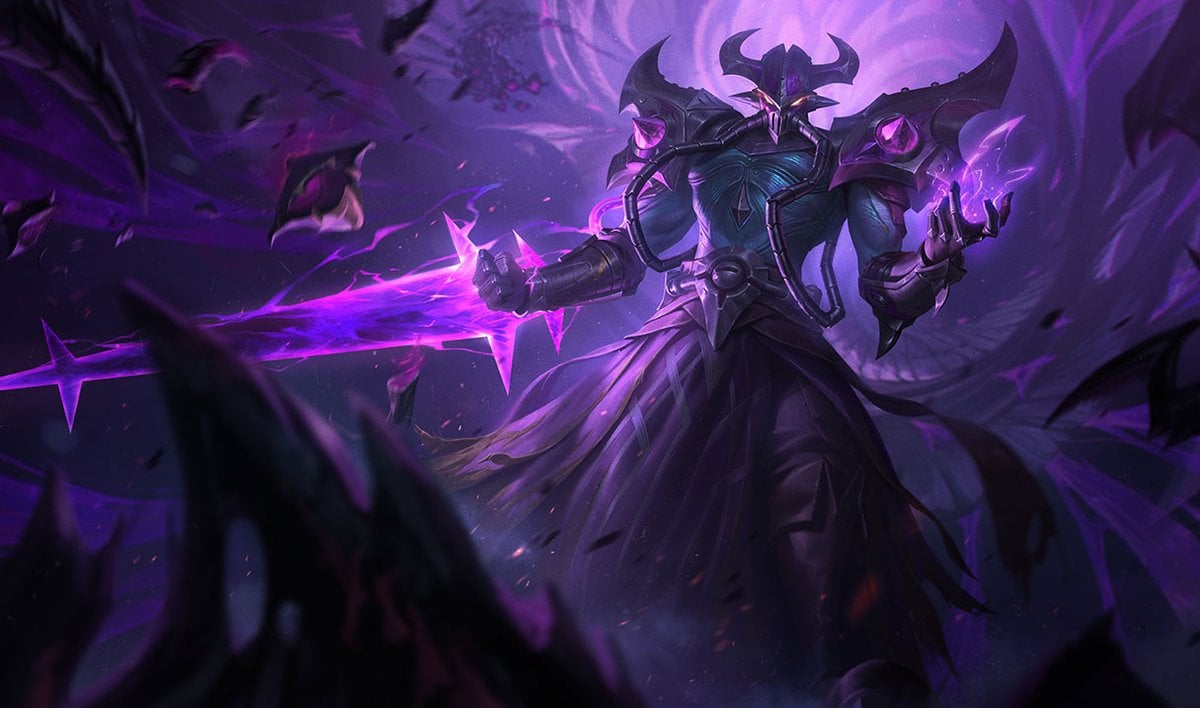 Riot Games teased at the start of the year that some developments would be made in the lore of the Void, a region in League of Legends that little is known about other than some of its horrifying inhabitants that can be played on the Rift. Thanks to some new art for a familiar Void-traveling face, more information on a “Void event” may be coming soon.

As part of the current PBE cycle, Kassadin has received new splash art that differs greatly from how the champion has appeared in the game for the past decade. It’s unclear at this time whether this is for some new skin for the Void Walker, an ASU similar to Caitlyn, or a full-scale VGU. But the art depicts Kassadin in a more powerful, Void-like manner than we have ever seen him before.

Compared to the current splash art of Kassadin, this version gives him features that resemble those found on his daughter, Kai’Sa, including the shoulder pads with eerie purple Void spikes. This updated splash also makes his squid-like mask appear much more menacing, getting rid of some of the tubes while sharpening the horns.

Most notably, this new splash art emphasizes Kassadin’s human form, complete with the robe that he disguised himself in as he sought to look for his master, Malzahar, in the Void. The tattered robe shows clear signs of struggle and strife that Kassadin endured during his journey, while also being a reminder of the vengeance that he sought against the Void for all it took from him.

There is no indication of what this new splash art could mean for both Kassadin and the current state of League, though with a Void-themed champion on the horizon, we may be seeing some sort of Void event in the near future. Kassadin has not been reworked in any capacity since season four, nor have his visuals been majorly updated since his release in 2009.