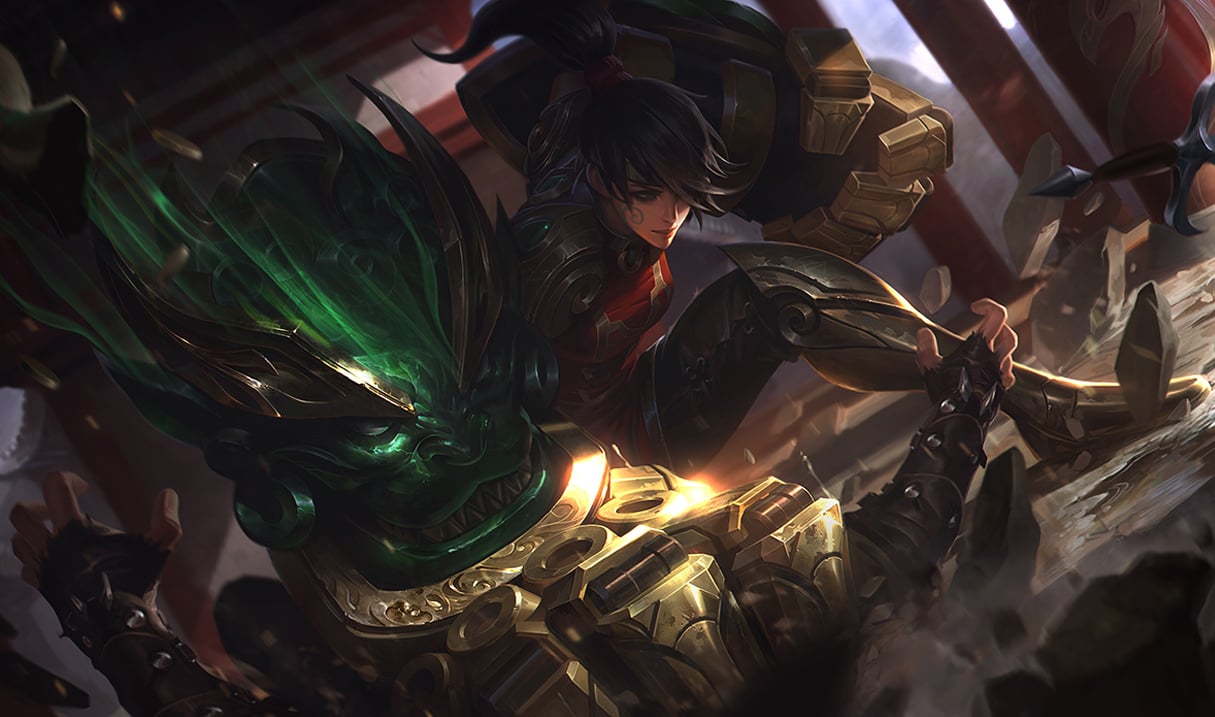 In this week’s patch, massive, sweeping changes were made to the League of Legends jungle.

There are also new items, runes, and tons of balance changes coming in the next patch for marksmen. And now, after yesterday’s PBE update, it looks like Riot is targeting fighters and other tanky AD champions next.

Two brand new items are in the spotlight for these champs. First up is the Spear of Shojin, which is a powerful health and AD item with damage mitigation.

The item provides 65 AD, which is on the high side for any bruiser or fighter item. That high AD is paired with 200 health, 10 percent cooldown reduction, and an extremely strong passive ability.

When you have this item, all incoming attacks and abilities from champions are reduced by 10 damage, plus more damage reduction equal to 15 percent of your bonus AD. As a tanky AD champion, like Vi, Riven, Jarvan, or Trundle, that number will get quite large. More impressively, when you’re near at least three enemy champions, your next attack triggers a six-second steroid that makes you block 200 percent more damage than you block already.

This is obviously a powerful tool in the right hands. Champions that need to build high amounts of AD to deal damage, but who need to match that with health to stay alive when they dive into clumps of enemies, will find this item to be their perfect match. This item will also be phenomenal on the new champion Pyke, who converts all of his bonus health to AD. Not only with the health provided by the item be turned into damage, but the passive will keep him alive longer despite his extremely low health.

The second item is called Atma’s Reckoning, and while it’s not quite as good on Pyke specifically, it’s still very powerful. This item, oddly enough, is a new AD variation for the Aegis of the Legion. Aside from the Aegis, this item builds out of a Pickaxe, and it provides 25 AD as well as 30 armor and MR.

Just like the Spear of Shojin, the Reckoning also has a powerful passive. For each second in combat, you gain bonus AD equal to 0.5 percent of your maximum health, up to five stacks (2.5 percent). This is obviously deadly on champions that love both health and AD, but Pyke, who will have very little health despite building AD and health items, won’t get much out of it.

Both of these items in their current iterations on the PBE should become very strong options for tanky AD champs, and overall, they should be a sizable buff for the archetype as a whole. They’re slated for release in Patch 8.12, right after all the ADC changes.