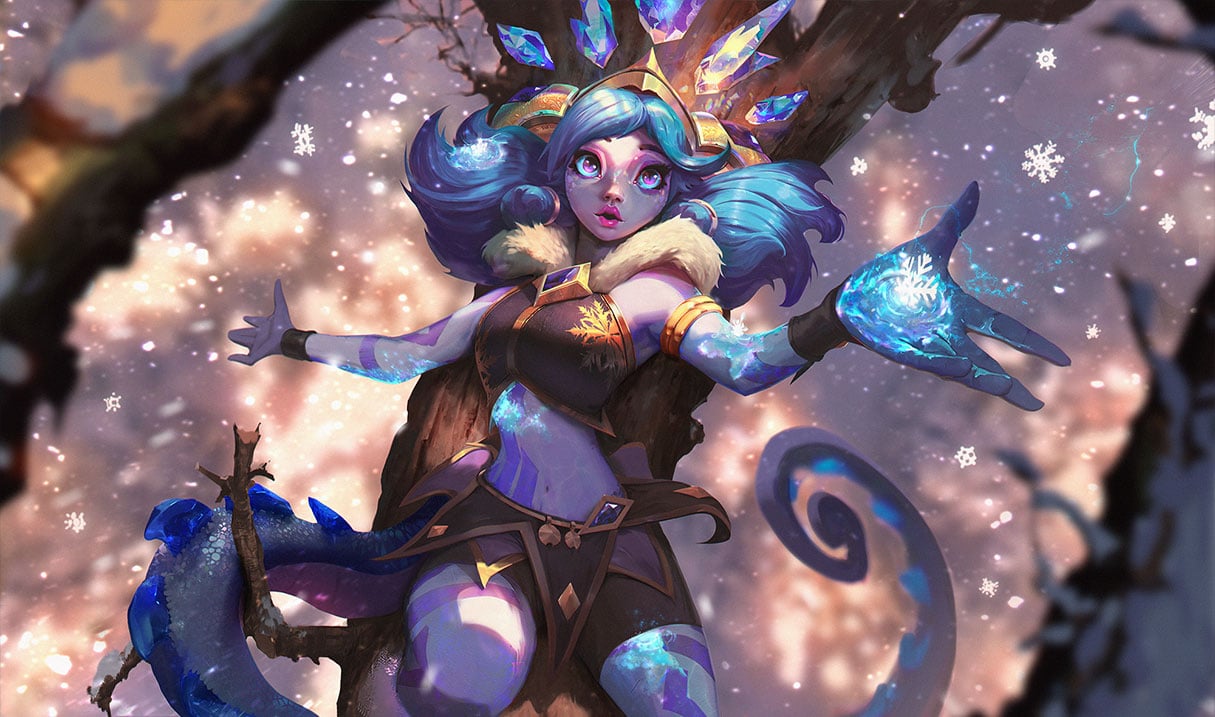 Neeko has been on the PBE in player-testing for about two weeks, and that means she should arrive sometime during Patch 8.24 this week.

It shows League of Legends fans exactly how her abilities work and how they can be used in certain scenarios to make the most of them. What it doesn’t do, though, is explain just how much of a beast she is, because Neeko is definitely packing some serious heat.

We listed exactly why her kit is so strong in our PBE analysis article yesterday, but it basically boils down to two things. Her abilities are just downright really effective, putting out bursts as high as 3,500 damage at end-game. And on top of that, she’s extremely accessible and easy to use. That’s a potent combination, especially because most flashy assassin-like mages take some extra effort to learn. Neeko doesn’t have that problem.

We’re not sure when exactly she’ll arrive during this week’s patch, but we do know a little bit more about her. If you’re not someone that cares about lore or skins, though, you’ll probably lose interest from here on. Her release skin, Winter Wonder Neeko, turns the Curious Chameleon into a snowy, holiday bundle of cheer.

Lore-wise, Neeko is a member of an ancient tribe of people that today’s Vastayans, the half-animals like Xayah, Ahri, Rakan, and Wukong, trace their heritage to. Riot already spilled the beans on this race of individuals, called the Vastayashai’rei, in lore released on the game’s Universe website months ago, but Neeko is the first champion to fit the bill. Her tribe, called the Oovi-Kat (which sounds hilarious), are direct descendants of those ancient people.

This means that Neeko isn’t actually a Vastayan, as Vastayans are the result of regular, boring human beings and the shape-shifting Vastayashai’rei joining together as a people. She only shares one-half of that bloodline. She takes to other Vastayans easily, it seems, as she fell in with Nidalee’s pack of jungle felines at one point in her own biography before rejoining civilization.

Patch 8.24 arrives tomorrow, and we don’t think Neeko will take too long to make her appearance thereafter.