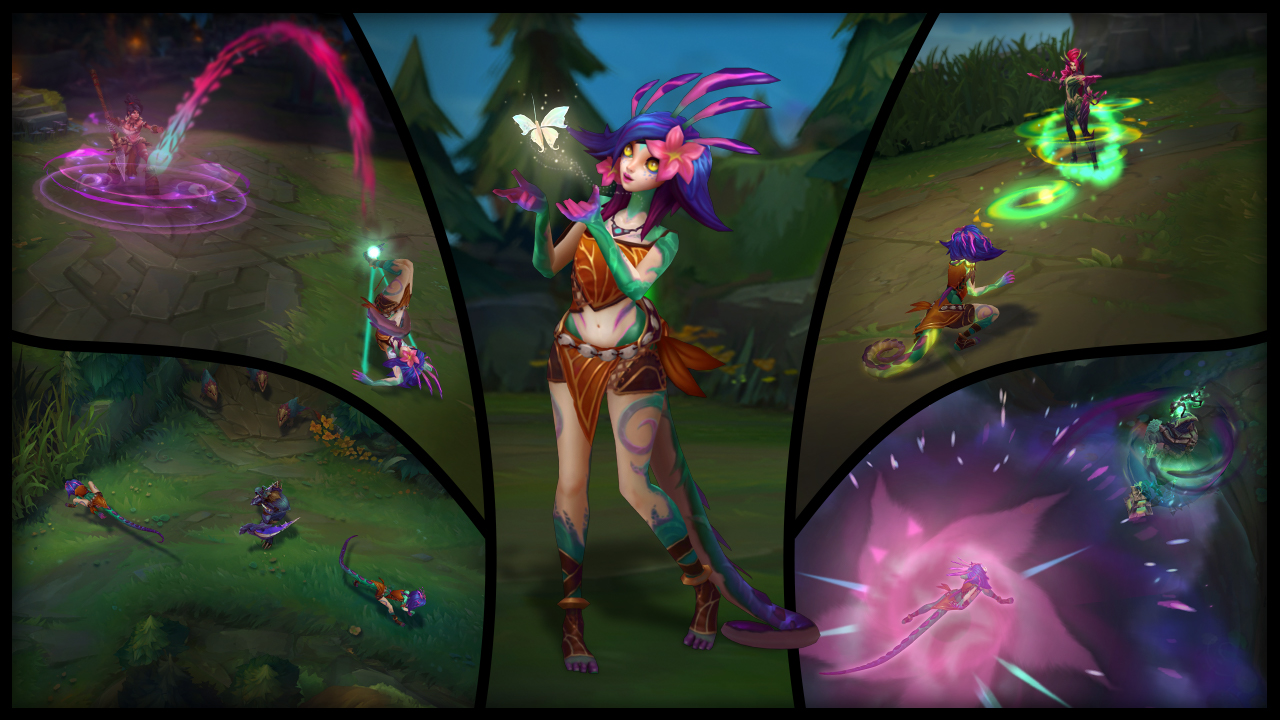 Neeko, League of Legends’ new champion, was revealed earlier today. And it didn’t take long for YouTube channel SrConstantine to leak her abilities before Riot could publish them. It didn’t take Riot that long, though, because shortly after the leak the page was out on the game’s website.

Her kit is packed full of trickery, despite her lore being more centered on naivety and wonder more than straight-up deceit like other champions in the game. She has brief invisibility, clones, a big skill-shot, and the title of “League’s Best Copycat.”

Here are all of Neeko’s abilities, starting with her passive.

Neeko’s passive is the champion mimicry that was showcased upfront in her trailer today. It allows her to disguise herself as an ally champion, and using either her Q, E, or getting hit by an enemy (or monster) breaks the illusion.

Her Q is a little bit similar to Jhin’s grenade, but not quite the same. As Jhin’s grenade kills enemies, each bounce deals more damage. Neeko’s Q, however, will stop on the first enemy struck if it doesn’t kill them. If it kills them, it bounces to another enemy, and can chain multiple times.

Neeko’s W might upset a few people. There’s a very, very well-known meme in the League community that Riot loves three-hit passives, and it appears that Riot has no intention of letting that one go anytime soon. This ability is, as you’ve probably guessed, a three-hit passive. Her third basic attack will deal spell damage, and the ability’s active causes her to slip out of sight for a brief time before re-appearing as herself with one clone.

Her E is similar to Zyra’s root, as it’s a skill-shot that damages and roots enemies. It also passes through enemies, but Neeko’s grows in size, speed, and root duration if it passes through at least two. The last enemy is rooted the longest.

Neeko’s ultimate is a big AoE explosion caused by her jumping into the air and landing. All enemies caught in the large AoE radius are stunned and take a big chunk of damage. The tricky part of this ability is that enemies won’t be able to see her charging up to leap if she’s disguised as another champion.