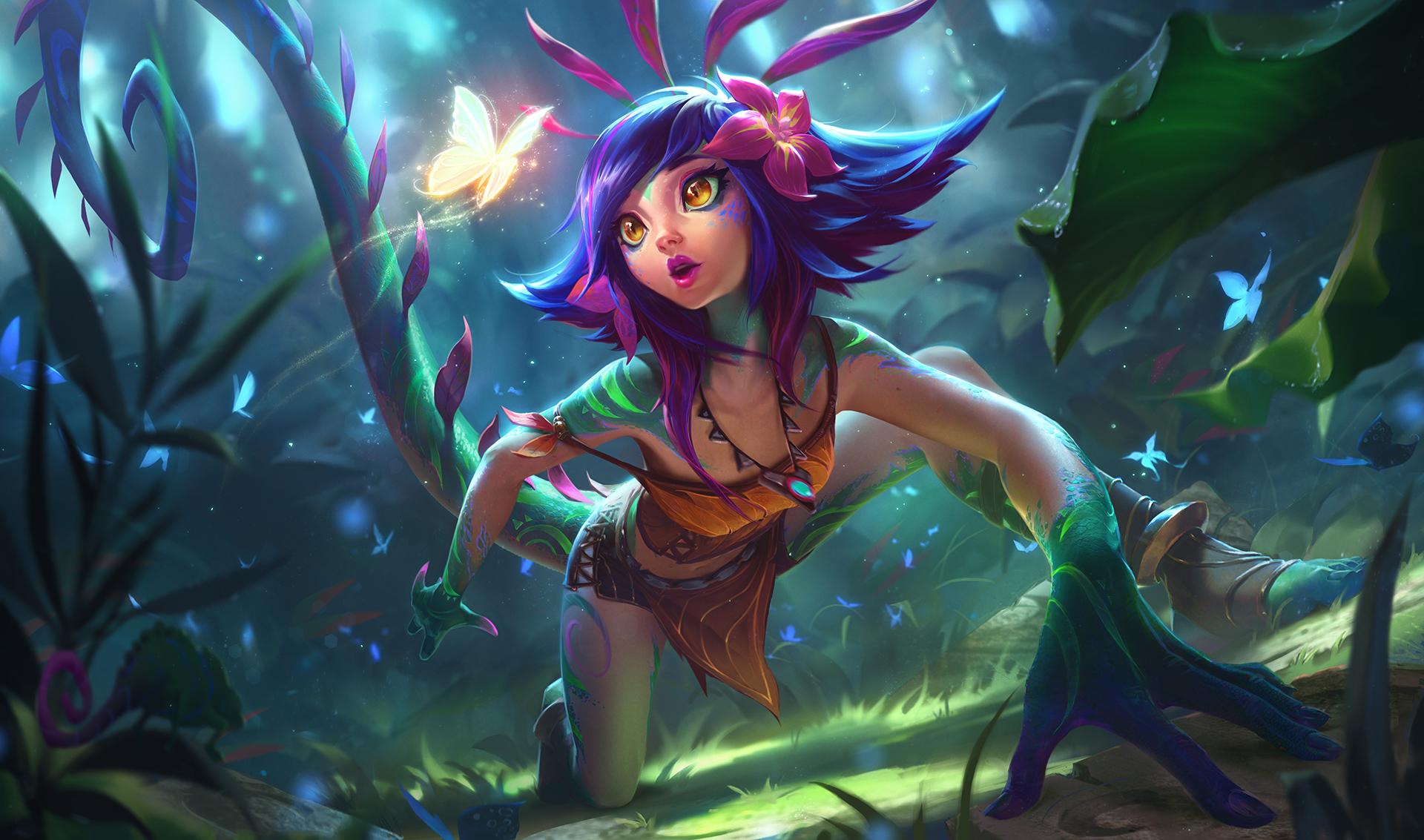 Neeko, League of Legends’ newest champion, was finally revealed today by Riot Games after months of teasing, including a short video released yesterday.

She’s another Vastayan, because apparently Riot loves Vastayans a lot, and she can shapeshift into other champions and use outlandish trickery to evade and outplay opponents. Personality-wise, she’s a lot like Zoe, but rather than being hellbent on trickery and pranks, she’s much more naive and innocent, even stopping to talk to a frog in her reveal trailer posted today.

Alongside her trailer reveal, Neeko already has her own set of lore on Universe, League’s official platform for storytelling and world building. Apparently, she’s from a tribe of people that all Vastayan’s hail from in Runeterra now, which would make her, or at least her people, incredibly ancient. To her people, shapeshifting was a form of communication, but in-game, it appears that it’s all trickery all the time.

Her abilities haven’t been officially revealed by Riot yet, but a leak has been uploaded on YouTube channel SrConstantine which puts them on display. She has pretty much everything you want in a mage—brief invisibility, skillshots, lots of damage, cloning, and more.

From the looks of things, she might be a difficult champion to learn how to play against, but she also looks very fun to play as. Keeping in tune with past releases, we expect Neeko will be available to play with Patch 8.24 in about two weeks.