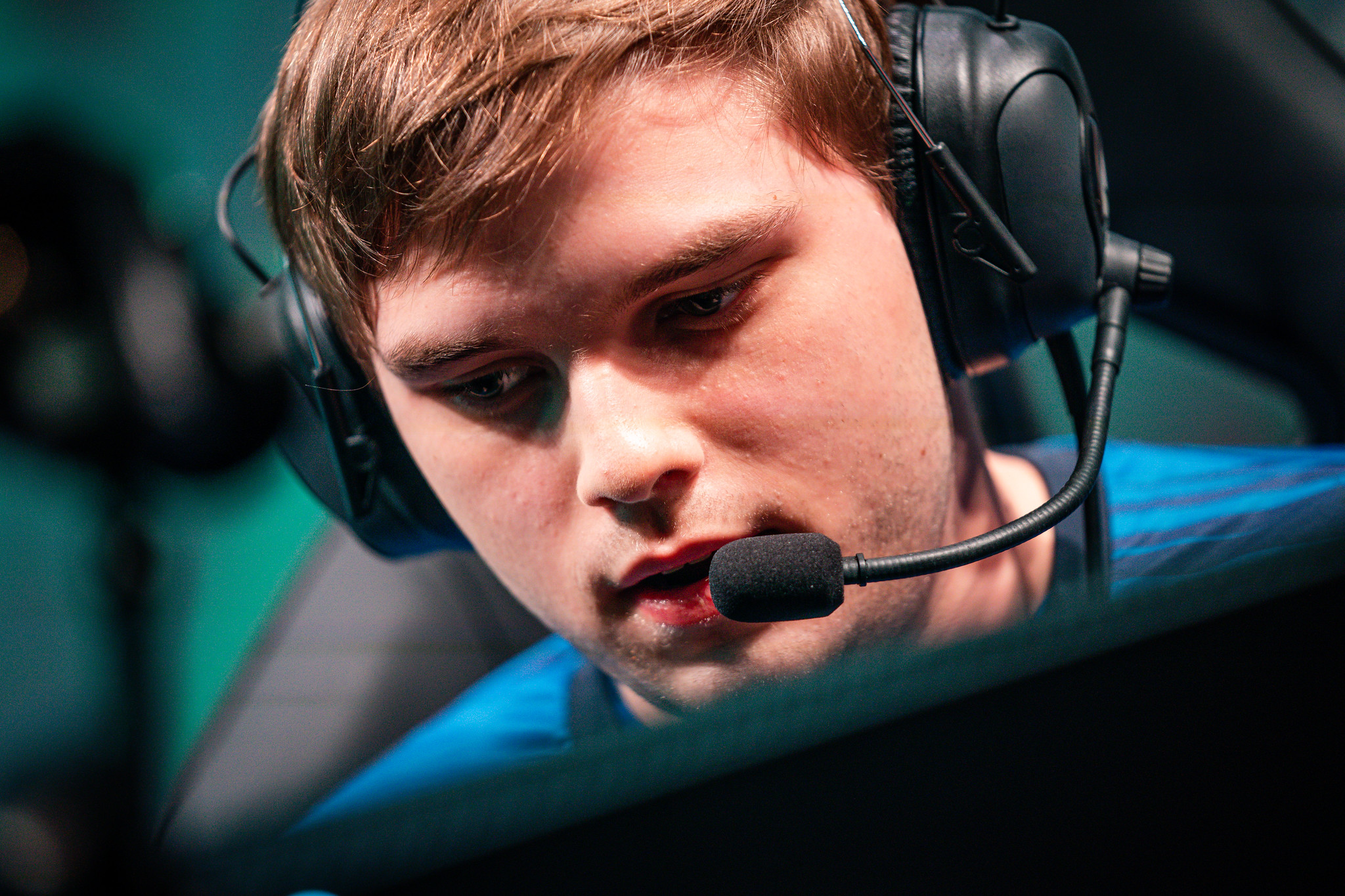 After Fnatic’s surprising win over Rogue last weekend, there’s only one LEC spot left at the 2020 League of Legends World Championship. With the entire competitive year building up to this historic moment and the beginning of Worlds a little over a month away, everything is on the line in the next round of the 2020 LEC Summer Split playoffs.

The two teams fighting for that spot are the LEC’s unlikely heroes: the second-place MAD Lions and the miraculous playoff qualifiers Schalke 04. One team of plucky rookies, one of determined veterans, both looking for a chance to prove themselves abroad after a turbulent split in their home region.

As the golden boys of the LEC, this lovable team of rookies has been on a downswing from their dominant start to the season. Their second-place finish in the regular season came after a disappointing second half that saw them go 5-4 in comparison to their 7-2 start, a downturn in performance that many have attributed to a loss of advantage in their read of the meta.

MAD were the first to bring out creative, innovative picks like the Senna-Wukong bottom lane combination. Their bottom lane’s two-vs-two strength, proven in their series against G2 with solo kills onto Perkz, provided a solid foundation for creative picks. They locked onto the importance of elemental dragons early on in the split, drafting compositions designed to teamfight and gain mid lane priority to secure the all-important Dragon Soul as early as possible.

MAD’s undoing, however, was that the rest of the league quickly caught up to their early innovation. They were no longer fighting on an uneven footing. And without their drafting advantage, some of the holes in their gameplay quickly became visible. The limited champion pool of jungler Shad0w is a particular issue. The MAD jungler is a fantastic Lee Sin player but is unwilling to pick up the more carry-oriented Graves and Nidalee playstyles that have been gaining global traction.

A Lee Sin ban is a must for any team looking to find success against MAD Lions, along with pinching the mid lane champion pool to delay the team’s ability to take the early mid lane teamfights that are the bread and butter of their playstyle.

If you’ve tuned into even a single game of the LEC in the second half of the Summer Split, you’ll have heard about the Schalke miracle run. In one of the most exciting storylines in League esports, the team turned a 1-11 start to the season into a 10-game winning streak—the likes of which has almost never been seen before in the professional scene.

Schalke’s power comes from their mid-jungle duo. Gilius and Abbedagge, more commonly known by GodGilius and FakerDagge, have been consistently putting up the performances of their careers for the entirety of the second half of the split.

With support Dreams finally finding his footing on Tahm Kench after a bout of unsuccessful Nautilus games, Schalke’s bottom lane is content to play a safe, weak side laning phase and allow jungle attention to go to the top lane. AD carry Neon favors the trifecta of safe bot laners in Senna, Ezreal, and Ashe.

Like MAD, Schalke place a lot of importance on early dragon fights. The synergy and mechanical skill of their mid and jungle mean that nine times out of 10, they favor mid lane two-vs-two skirmishes over all-out teamfights.

In his last 10 games, Abbedagge has accrued a KDA of 15, one of the highest in the league. If MAD want to overcome this mid lane behemoth, they’ll need to look to play through side lanes and deny S04 the mid lane two-vs-two that is their natural habitat.

At the start of the season, if someone said Schalke were favored in a matchup against MAD, they would’ve been laughed out of town. But reality is often surprising and Schalke are heading into this matchup as the clear favorites. They have a better recent record of performance and more experience in the best-of-five format.

MAD are a team of rookies led by Humanoid, who attended Worlds in his freshman year in the LEC. Schalke boast two veteran Worlds attendees in Gilius and Odoamne, who attended Worlds in 2014 and 2015, respectively. Both Schalke players went to Worlds before the majority of MAD’s roster was competing professionally, a clear gap in experience that can’t be ignored in a best-of-five format.

The key to this series is the mid lane matchup. With the need for early dragon pressure, the mid lane is the secret to opening up an early dragon and beginning the snowball toward the all-important elemental soul.

These matchups will be focused on early trading with both mid laners looking to shove minion waves to join their junglers for bot side skirmishes. With map rotations so crucial in a dragon-focused meta, expect bottom lane picks that can provide non-committal, long-range assistance for these jungle skirmishes, like Tahm Kench, Ashe, Ezreal, Senna, and Bard.

For one of these teams, Aug. 28 will mark the end of the line for a year of competition. Will MAD Lions finally turn things around and send a roster to Worlds in the organization’s second year of competition or will Schalke continue their reign of dominance and turn a 1-11 starting record into one of the greatest miracle runs in esports history?

You can tune into the LEC broadcast on Aug. 28 at 11am CT to watch this playoff showdown.