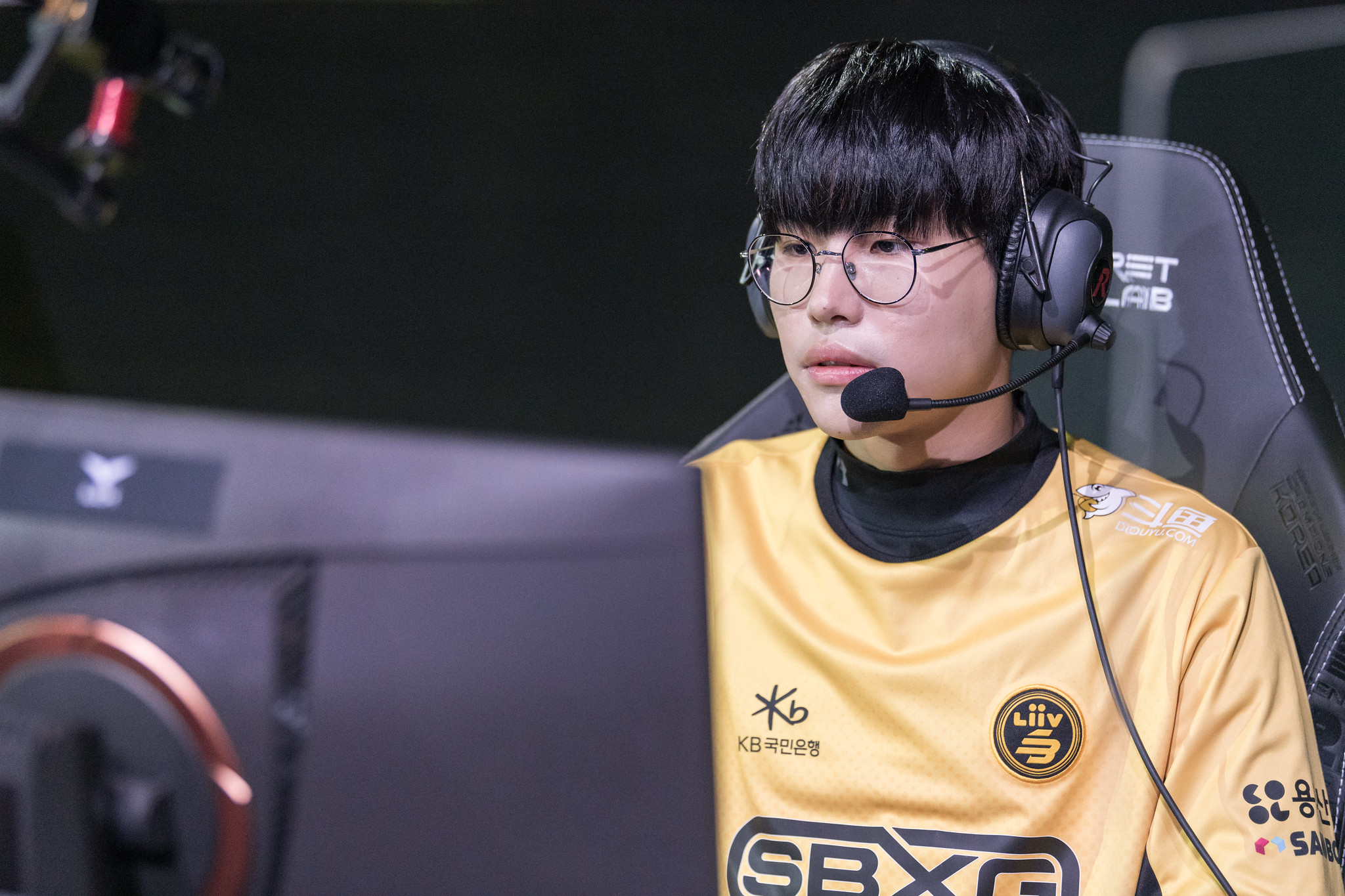 Liiv SANDBOX pulled off a major 2-0 upset against T1 today to finish their second week of the 2021 LCK Summer Split.

While all odds were against SANDBOX, each player stepped up today and outplayed their counterparts in lane, securing leads from the get-go before grouping to secure objectives and dismantle T1. The MVP votes went to mid laner FATE and support Effort. The mid laner used Sett to help his team recover from the brink of defeat, finishing the game with a KDA of 3/1/2. The support used Thresh to roam around the map and provide plenty of vision and utility to his teammates. His hooks and lanterns were on point throughout the entire game, which helped SANDBOX secure this series.

The first match of this League of Legends series opened up with great play from both teams. While T1 opted for plays around the bottom side of the map, SANDBOX mirrored them top side. T1 secured an early gold lead and maintained it throughout the game, but that didn’t help them secure the win. SANDBOX sacrificed experience and gold around the map to ensure they get the Ocean Dragon Soul, which proved to be a crucial condition for them to win the game. T1 couldn’t taper off the healing from the Dragon Soul and ultimately lost the game even if they were ahead in other objectives.

Going into the second match, T1 banned out key picks that destroyed them in the previous match such as Gnar and Sett. LSB quickly adapted and picked Rumble and Thresh, two powerful champions who are currently shaping up the League meta. The game looked even for the first 15 minutes but quickly spiraled out of control after a failed play around the bottom side of the map. LSB quickly capitalized on the misplay and snowballed out of control. They secured the Baron without challenge and closed out this series 2-0.

SANDBOX (2-2) will be back on the Rift next week with two matches against Gen.G and KT Rolster. While the first one is currently undefeated and might prove to be a challenge, KT look lackluster and should be a free win for SANDBOX, especially after this upset against T1, who are much tougher opponents.