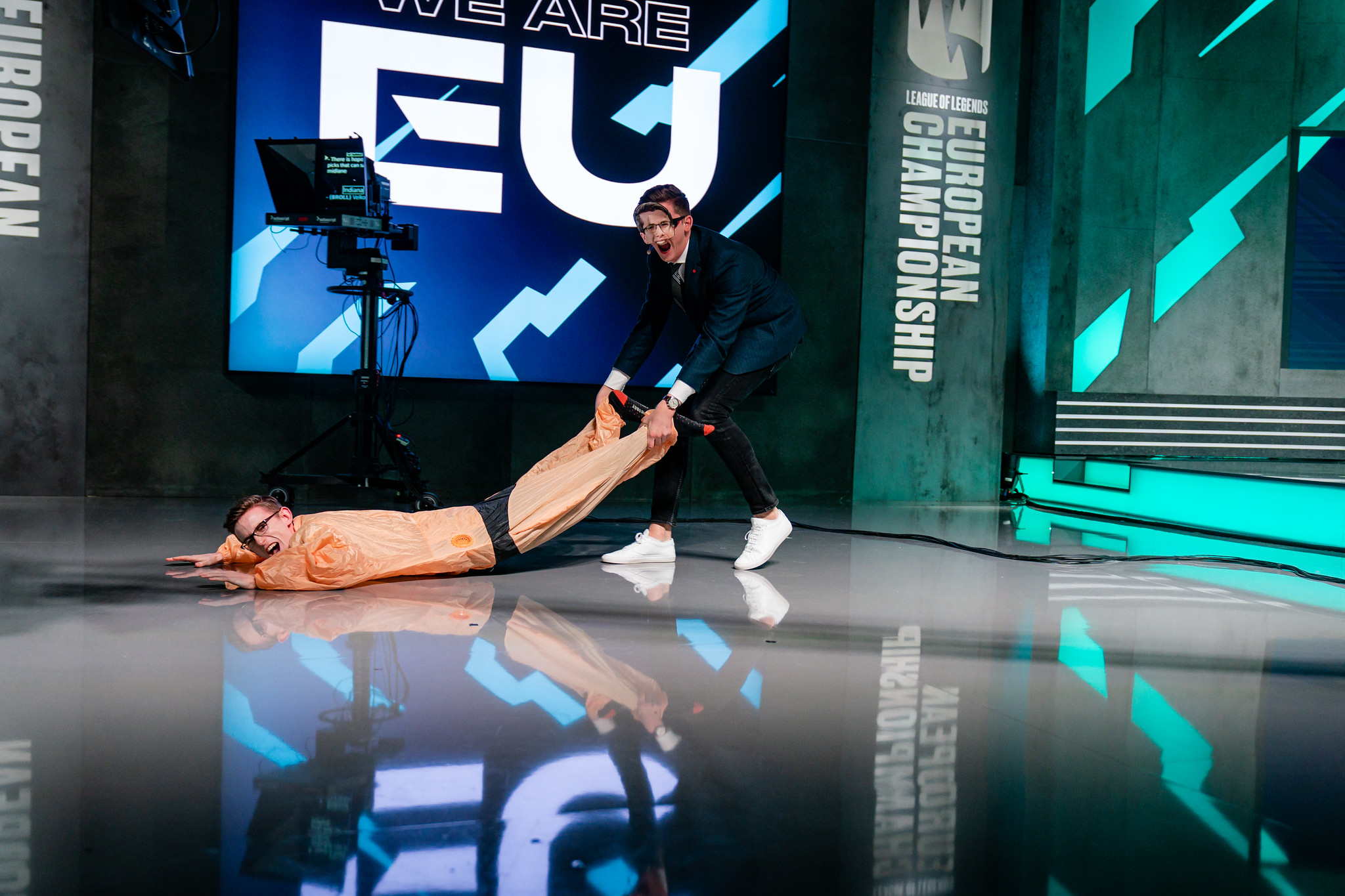 We’re finally in the home stretch of the 2019 LEC season. Week six is all about rematches: G2 vs. Origen in a repeat of the Spring final. Vitality trying to get revenge on Rogue and shoot ahead in the playoff race. Splyce trying to reverse one of their few losses this split against Schalke.

After five weeks of play, the room for error is now close to zero. To figure out who has the inside track heading into the second half of the split, our League experts rated each team from one point (worst) to 10 points (best). Here’s how it turned out.

G2 and Fnatic have opened up a nice lead at the top. Next you have a tier where Splyce sit knocking on the door, and then decent gap to the last edge of the playoff picture. Here’s how we got to this point.

Last week, we wrote that Misfits were throwing in the towel by subbing in their entire Premier league team onto the LEC stage. We stand by that—this still doesn’t feel like a team that has serious playoff aspirations.

Having said that—they got a win! The main roster failed to do that the previous two weeks, so going 1-1 with a victory over a Rogue team that was ascending up the standings was big for Misfits. We still don’t think they’ll really rise much higher than where they are now, but their young players are getting valuable stage time in the process.

That’s something Excel could do more of. Players like jungler Marc Robert “Caedrel” Lamont haven’t been terrible—he had a strong start against Schalke last week. But he fell further and further behind as the game progressed. Excel has jockeyed back and forth between veterans and rookies most of the year, and heading into the last few weeks, it’s time to commit.

Rogue had a big opportunity last week. After upsetting Fnatic, all they had to do was handle the Misfits Premier side to maintain momentum and stay above the fray. They failed to do so, and are here at the fringe of the playoffs once again.

But that win over Fnatic! They played well to the top side of the map, and even though Fnatic jungler Mads “Broxah” Brock-Pedersen read that, they were still able to make plays happen. Sure Fnatic were playing without ADC Martin “Rekkles” Larrson, but it was a sign of how high Rogue’s ceiling could be.

SK went 0-2 for the second straight week and have major issues playing around their solo lanes. We wondered about veteran Korean mid laner Choi “Pirean” Jun-sik before the split—he’s had uneven results in the LCS before—and it seems like he’s not the long-term answer.

Back in the game: Schalke, Origen, Vitality

Schalke and Vitality, two of the stronger playoff teams from last year, are finally showing up. Schalke have gotten amazing jungling from Kim “Trick” Gang-yun, once the MVP of Europe. It’s crazy that none of the other LEC teams tried to sign him.

Vitality and Origen were both teams that could have used Trick. Vitality stole a game from Origen by outplaying the side lane and baiting Origen in to bad situations around Baron. Origen have major issues to figure out if they even want to solidify their grasp on a playoff spot.

You’ll have to forgive one of our voters who somehow had Fnatic in first despite that loss to Rogue, and the fact that G2, well, exist. These two teams still look like the best in the league, with Splyce not far behind. They’re still behind though, as they played G2 tough last Sunday but lost anyway.

Unfortunately, none of these three play each other in week six, which means we’ll have to wait for Fnatic’s showdown vs. G2 in week seven to further separate out this tier. Or maybe not—G2 are surely the better team regardless of the result of a single best-of one.