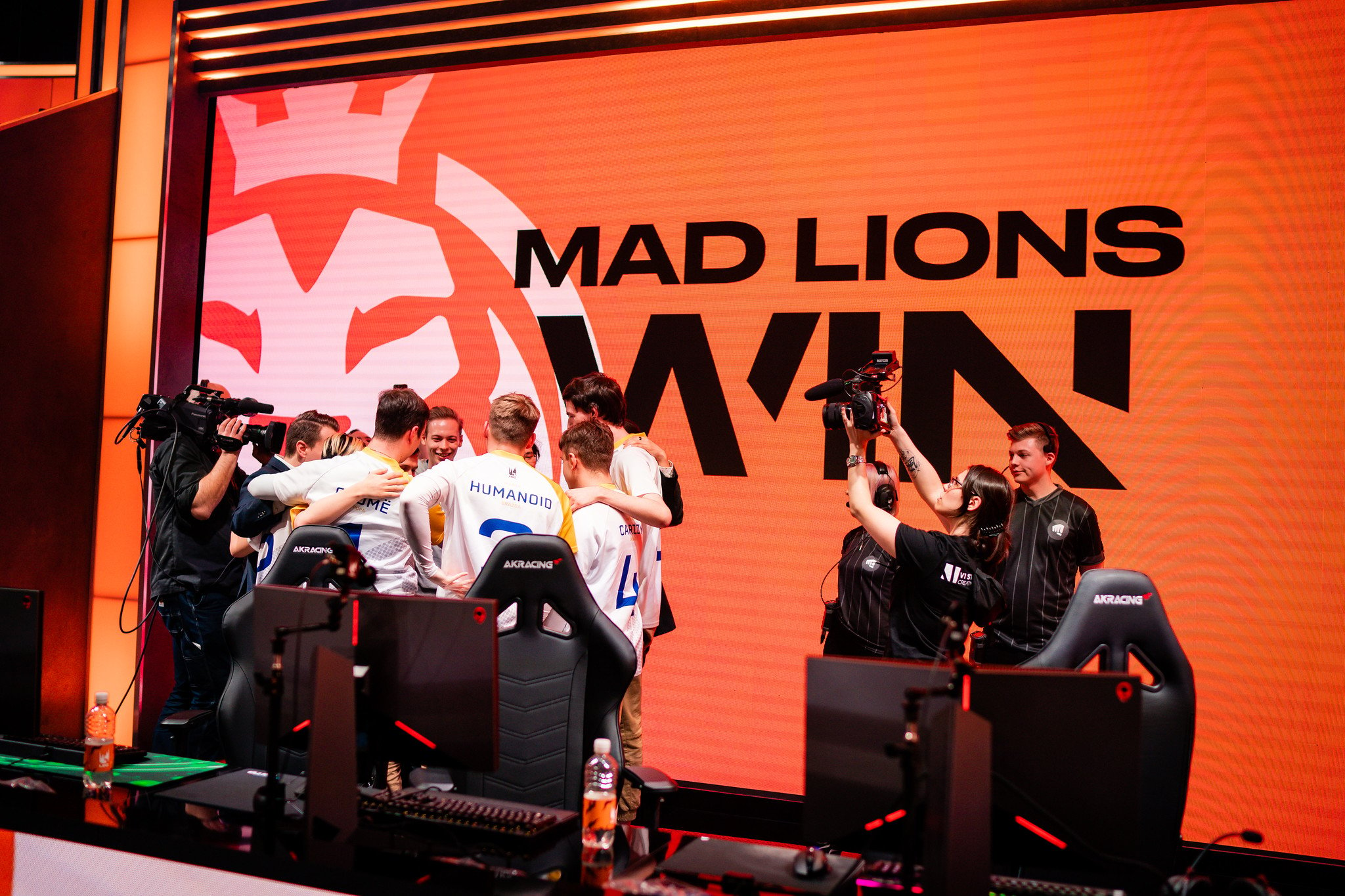 Chaos and uncertainty have been the hallmarks of the 2020 LEC Summer Split. As we’ve covered extensively over the past several weeks, new teams are moving up the league table and overturning the established hierarchy that’s ruled Europe since 2016.

But even then, we reserved some spots at the top for the old guard. We’ve seen G2 mess around for a few weeks before getting serious near playoff time and amping up their level of play. And we historically like to see more than a week or two of performance before moving teams too far in either direction in the power rankings.

That all changed after last week. It’s getting close to the halfway mark of the summer schedule, which means that we’ve seen a lot of evidence of the true quality of these teams. And while we continue to believe that G2 will improve as the split goes on and be in contention at the end, we also have to admit that there are other teams playing better than they are right now.

The emphasis in that last sentence is, of course, on the word “teams,” as in plural, not singular. When we asked our League staff to rate each roster from one point (worst) to 10 points (best), two young teams rose above the level of G2 to emphasize how much the league has changed this summer.

As we wrote last week, these rankings are far from set and as many as six or seven teams are vying to make deep playoff runs. So stay tuned for more changes in the weeks to come.

As a result of numerous upsets over the last few weeks, there’s a huge glut of teams tied at 4-5 in the standings. Overall, seven teams are separated by just one win in the standings, which means we could get some surprise teams making the playoffs.

The only team that we know won’t make it is Schalke but even they got a win last week, over Fnatic of all teams. Schalke did get lucky with drake RNG. Fnatic’s drake stacking proved ineffectual with the soul drake being only a cloud. But what was surprising was their ability to beat Fnatic in the macro game, making obvious rotations that their opponents didn’t react well to. It was a solid way for Schalke to earn their first victory this summer, but it’s too late at this point.

The three teams in this tier that are tied with four wins had a mixed week. A few weeks ago, we had high hopes for SK, who had beaten solid teams like G2 and Origen. They had a chance to continue winning against high-quality competition but dropped the ball vs. Fnatic. The drake stacking was more effective that time with SK securing the mountain soul, but in the process, they gave up too many turrets and other objectives to Fnatic’s multiple lanes of pressure.

Vitality were another darling of some of our analysts a few weeks ago, but despite beating Origen, we think they’re a player away from being legitimate playoff contenders. They’re young, though, so their room to improve is immense.

Then there’s Excel, who pulled themselves together to beat Vitality and shocked everyone by turning around and defeating G2. Results like this shouldn’t surprise us anymore at this point and G2 was starting a sub at ADC, bringing in Kristoffer “P1noy” Pedersen to give star Perkz a break. But Excel has lost to a lot of less-talented rosters. We’re not sure what to think, so for now, we’re placing them just outside the playoffs.

Both of these teams were in major danger last week. After poor starts to the split, they both needed to win big to just stay in the playoff race. Fnatic had that disappointing loss to Schalke, but managed to beat a frisky SK squad, taking advantage of a strong Syndra game from Rekkles.

Misfits got run over by Caps’ mid lane Kog’Maw but then somehow came back and beat league-leading MAD Lions. We’re telling you, there’s no predicting what happens in the LEC this split. For now, their successes keep both teams in this mid tier above the fray and in the playoffs, but we’d like to see more from them.

The elephant in the room is the status of Perkz, G2’s singular star who’s brought them title after title. After early criticisms of the team choking at international events, Perkz has proven he can deliver the goods against the best in the world. It was a smart decision for the team to give him some time off during a stressful year and this was the right time to do it with the playoffs still weeks away. G2 still have time to get in shape for another long run. We don’t know what that run will look like with new uncertainty around the status of Worlds, so any reprieve teams can give players in the next week or two should pay dividends even if it costs them a few wins.

In that context, G2 dropping to third in our power rankings isn’t a indictment of their play as much as it is recognizing how good MAD Lions and Rogue have looked at times. It wouldn’t be surprising at all for G2 to top these rankings by the end of the split.

Origen keep treading water as a good-enough team. We thought hard about dropping them after a 0-2 week, but the teams below them didn’t do much last week either. For now, think of spots four through seven as basically tied in both the power rankings and the standings. Every game from now to the end has an even greater impact.

The knock on Rogue this year is that they can’t beat the best. For example, they haven’t notched wins over MAD Lions or G2, their primary competition, yet this split.

But those are also the only two teams they’ve lost to. Origen and SK fell to the Rogue machine last week and we admire their consistency and focus in taking care of business.

MAD Lions shouldn’t have lost to Misfits, but bot lane carry Carzzy got cheesed at six minutes and the team couldn’t recover. That’s not the worst thing to happen to a team at the top of the table.