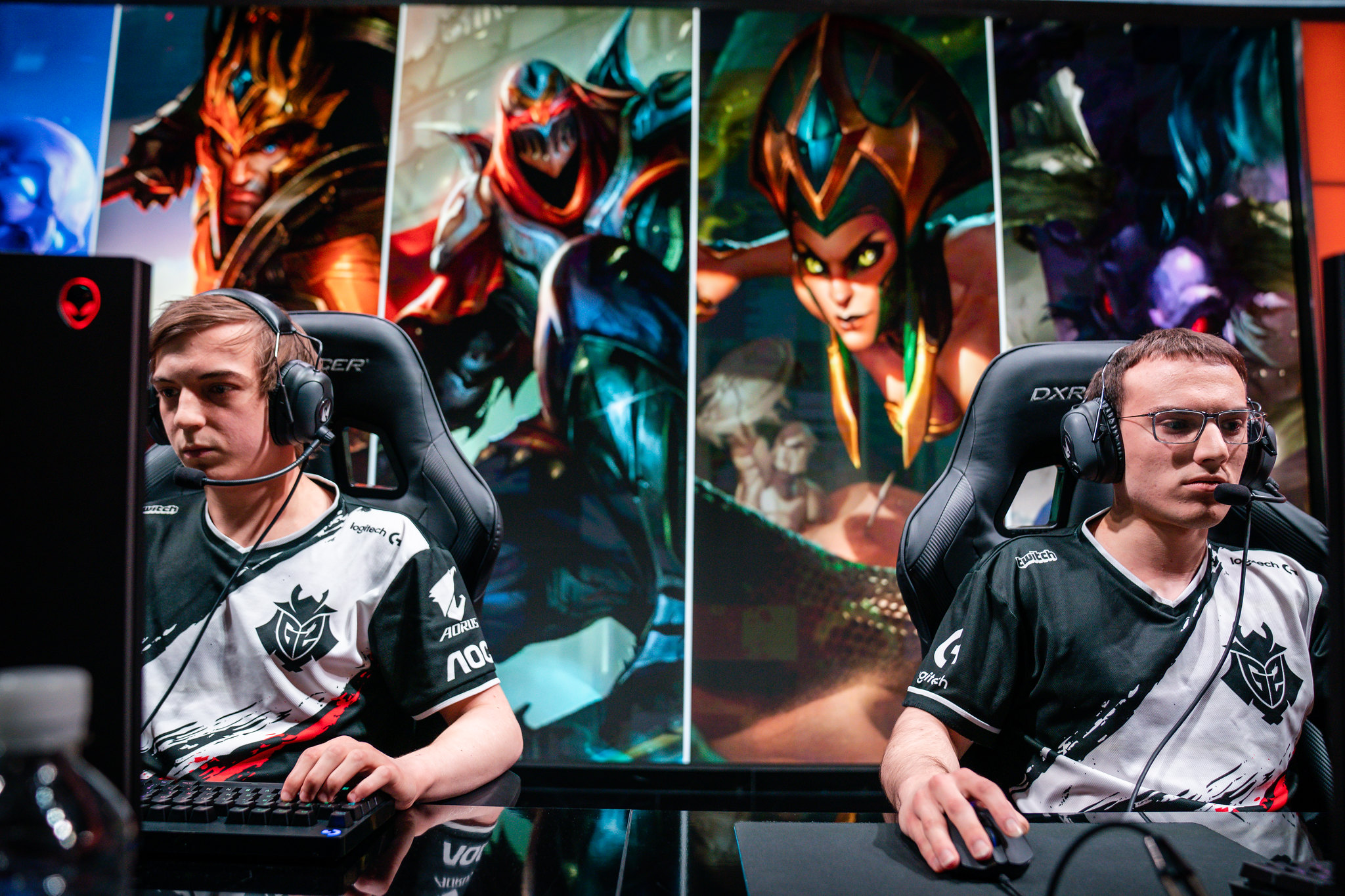 For a second straight week, chaos reigned in the LEC. After several notable upsets to kick off the 2020 Summer Split, big names kept going down in week two.

The good news is that this creates even more excitement in a league where it feels like any team can win on a good day. It’s also good that many of those upsets come with the underdog team playing well, not just the better teams throwing.

That’s all good in the chase for Europe’s four Worlds spots. The region should have a number of solid contenders vying for a ticket to China. But it’s bad news for our League analysts who have to figure out these power rankings with still-small sample sizes.

As always, we tried to rank each team from one point (worst) to 10 points (best). Here’s how that turned out after another series of tumultuous results.

The result of the votes is unprecedented. For perhaps the first time ever, all of our analysts agreed on every single spot. That gives us confidence, but could also be alarming, since we all could be wrong.

Not dead yet: Excel, Schalke

Excel Esports had a nightmare start to the Summer Split. Four straight games against playoff teams in Rogue, Mad Lions, Fnatic, and Origen had them reeling. It made our seventh place rank from the preview power rankings seem even a bit too high.

Then, last Saturday, they picked up a win against a pretty solid SK Gaming squad to show that they’re not dead yet. Excel’s lane phase has been sneaky good this split, led by ADC Patrik and mid laner Special. Their issue was converting those leads into neutral objectives. But against SK, it all came together as they out-rotated their opponents to the bot lane, claiming First Blood and then control over the infernal drake.

That was a good showing from Excel’s jungler, Caedrel, who’s been pretty inconsistent in the past. He needs to firm up his synergy with Special for the team to continue winning when the schedule softens up.

The other team in this tier, Schalke, are dead. There’s no point bandying about this split with the same players. Big changes are needed, and fast, for that team to even have a shot in 2021.

These three teams should all be competing for playoff spots, but all of them took a step back last week. SK lost that winnable game against Excel when the enemy Trundle somehow beat out their Lee Sin to the bot lane for that tower dive. Given SK ADC Crownshot’s solid play this split, they really need to figure out how to give him more resources.

SK didn’t emerge from the week winless, however, as they had already secured a victory over Misfits. This meta, which employs a litany of mid lane mages like Azir, should be perfect for Misfits’ Febiven. But Febiven has been only average at best, and jungler Razork is really struggling to keep pace. He was most successful on tanks last split, and seems to be behind in a meta of carry junglers.

Finally, Vitality lost two games to Mad Lions and Rogue that they were big underdogs in. That’s fine for a team still learning to play together, but they’ll need to pick up their winning ways soon.

These three teams have definitely had a wide range of results to start the split. Rogue looked really good to start and were undefeated heading into a showdown vs. G2. They were no longer undefeated afterwards, and didn’t really have anything good to take away from the game. G2 was just too fast and aggressive for them, though that’s pretty common of G2 these days.

Origen had a better week, bouncing back from two unexpected losses in week one. They beat Excel and Fnatic, the latter game being the LEC’s game of the week. Fnatic pulled out a somewhat surprising bot lane Soraka in both of their week two games, both losses. The theory was to use her early power spike to help control objectives, especially drake. But in both games, they tunneled way too hard on that strategy, ignoring the enemy team’s setup in favor of all-out fights.

The bot lane Soraka surely can work, and they were a bit unlucky in both games. A better start to the match vs. Mad Lions and maybe that drake control is attainable. And instead of throwing vs. Origen, they could have continued to press their lane advantages until Origen, starved of farm, would have to capitulate.

All told, it was an interesting look for them, and we hope they keep innovating. Just not this week, when they face G2. We have a feeling that G2, one of the innovators of Soraka top last split, will be able to handle her just fine.

G2 look back on track as their synergy keeps improving after another roster swap, but the team we have our eyes on is Mad Lions. We talked about how Fnatic were a bit unlucky in their match vs. MAD, but boy did Mad Lions know how to press an advantage.

After securing the first drake of the game, they just kept going back to that area of the map. Despite a bad teamfight comp, they had more damage in mid and jungle and the ability to force Fnatic to come to them. It was a great example of a team reading what their opponents would like to do and then taking away that win condition.

We’ve said for weeks that Mad Lions should expect to go to China as one of Europe’s four Worlds seed. Maybe we should expect more out of them in the domestic league as well.