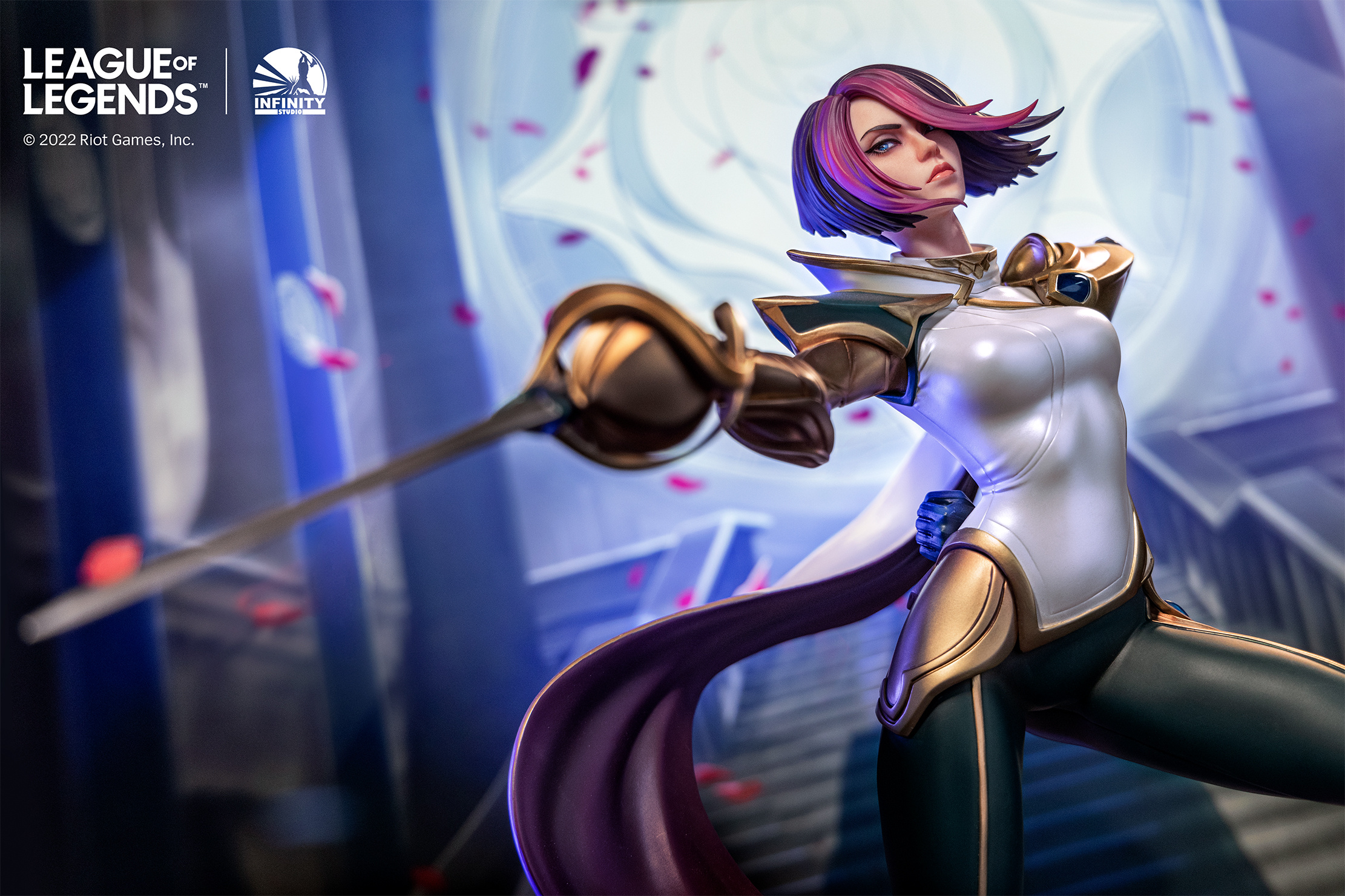 Riot Games is continuing its recent trend of releasing high-quality collectibles based on League of Legends, this time focusing on a certain top laner that thrives in sword dueling.

A new ¼-scale statue of Fiora, the Grand Duelist, will soon be available for fans to purchase. This statue, depicting Fiora posing on a staircase surrounded by flower petals, was created in partnership with Infinity Studio, which creates life-like statues of characters from movies, video games, anime, and more. The company also previously released statues for other League champions, including Jinx, Ashe, and Irelia.

While the statue is not currently available to purchase, it is available to pre-order on websites such as SpecFictionShop and Sideshow, and is expected to cost around $945. The Fiora statue itself was created by Zeyu Qiu as the sculptor and ZJ Shen as the designer, towering at 19.3 inches high and 16.93 inches wide.

The pose of the statue takes direct influence from Fiora’s splash art, looking almost identical to it in pre-release pictures. House Laurent’s crest shines brightly behind Fiora as a reminder of her nobility in Demacia and the strength she possesses as a fierce competitor.

This announcement follows the previous reveal of Infinity Studio creating a statue of Miss Fortune, another popular character from League. Unlike Fiora whose full body is posed, Miss Fortune is placed inside of a 3D photo frame with emphasis on her power as a pirate captain, complete with steam trickling out of her hand cannon.

It’s not currently clear when this new Fiora statue created in collaboration with Infinity Studio will be released. Pre-orders are currently available on multiple websites, though the statue will set fans back almost $1,000.