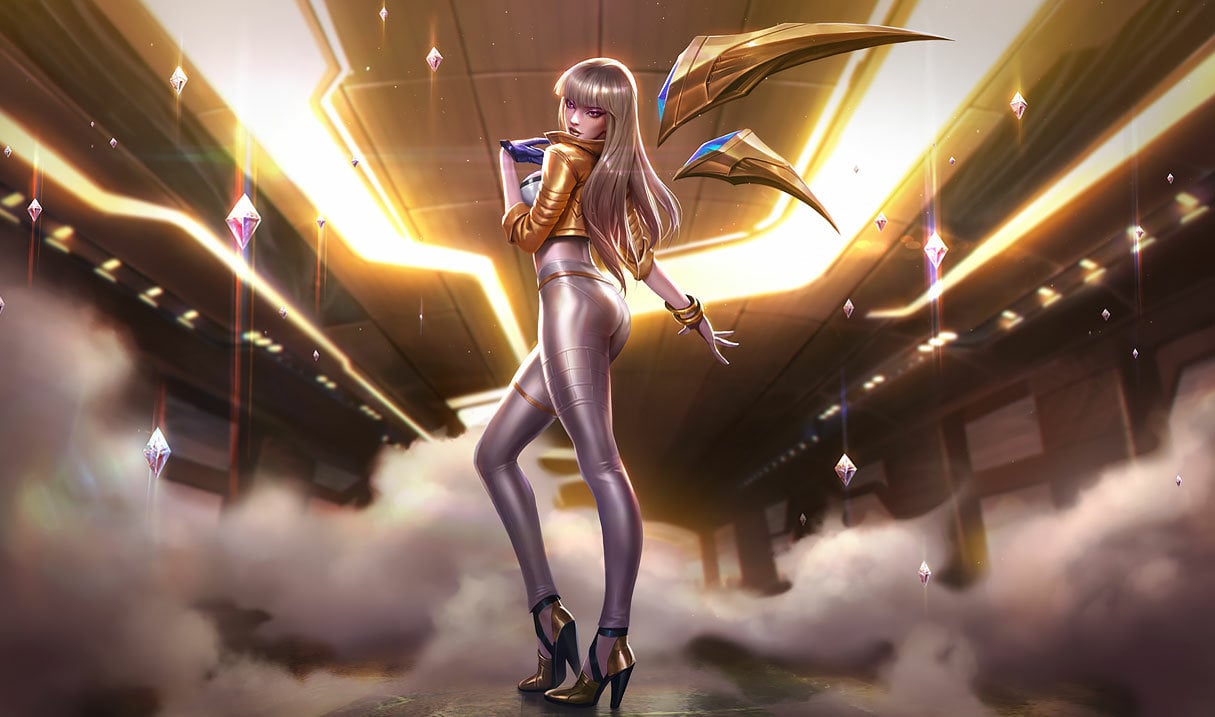 League of Legends has been a free-to-play game since its humble beginnings when it only had 40 champions. To keep the game free for everyone, yet profitable for the developers, who have energetically worked to bring the full vision of League we know today to life, Riot Games invented skins. Skins, which offer alternate appearances to champions, are paid cosmetics that normally have no impact on gameplay but rather are eye candy that sharpens your champion’s look. Over the years, skins evolved into an essential feature diverse in their quality and rarity.

The latest addition to League are Prestige Edition skins, normally characterized by rich gold colors and visual effects that easily stand out, and unique methods of collecting them. Introduced to the game back during Worlds 2018, Prestige K/DA Kai’Sa was the first skin of its kind that sparked the rise of Prestige Edition skins. Seeing this trend catch on among the wider League audience, Riot decided to regularly design and ship out Prestige Edition skins for selected champions.

What are Prestige Edition skins?

Prestige Edition skins are rare League skins that, unlike Epic, Legendary, and Ultimate skins, can’t be bought for Riot’s currency, RP. Other than their rarity, they are normally characterized by gold borders during the loading screen, gold colors on splash art, and visual effects. After years of feedback from the League community that Prestige Edition skins are simply glorified expensive chromas for the given skin and that they don’t live up to the exclusivity fantasy, Riot expanded the color palette and quality of Prestige Skins. The latest and most notable examples of these Prestige Edition 2.0 skins are Star Guardian Syndra and Cyber Halo Janna, which further the Prestige fantasy and give a fresh outlook on the skin lines.

What are Commemorative Prestige Edition skins?

The biggest selling point of Prestige Edition skins is, without a doubt, their rarity and exclusivity. The original Prestige shop heavily supported this idea by having seasonal Prestige skins available to purchase only for a limited amount of time and by having yet another Prestige shop that gave the community an opportunity to buy Prestige edition skins for Prestige Points. Although it was essentially a well-thought-out system that emphasized the exclusivity of these skins, it was still flawed in many ways. For example, once the event comes to an end, you can no longer obtain a rare skin featured during the event. On top of that, each year has had Prestige Points that would expire by the end of the year, meaning you could spend time and money grinding them and get nothing in return.

Here’s the list of 14 Commemorative Prestige Edition skins in League.

How to get Prestige Edition skins

Even after Riot reworked the Prestige Edition skin system, the devs wanted to keep the core value of Prestige skins—rarity. So, Prestige skins are, to this day, not obtainable via purchasing RP, however, RP can help you get your hands on the skin. Depending on whether the skin is featured in the current Mythic Essence shop or a specific event shop, there are three separate ways of collecting your favorite Prestige skin—events, Hextech Chest, Masterwork Chests, and Mythic Essence.

Seasonal events in League have become so regular that it’s impossible to imagine a skin release without an accompanying event and a fresh Prestige skin. With a limited-time event usually comes an event shop that offers loads of goodies like chromas, skin borders, and icons. The event shop also features a new Prestige skin tied to an event and 125 Mythic Essence at the cost of roughly 2200 event tokens. Once you grind enough tokens, you can choose Prestige skin, Mythic Essence, or simply use them to buy event orbs.

Hextech Chests, Masterwork Chests, and various orbs tied to specific events have always had a chance to drop a Mythic skin. Although it has always been an option, it’s worth noting that the drop chance is extremely small—almost non-existent. So, the safest bet is collecting Mythic Essence and waiting for your the desired Prestige skin to rotate back to the shop.

Mythic Essence is a currency in League introduced with Prestige shop rework that replaced Gemstones and Prestige Points. You can earn Mythic Essence from event mission rewards, various event orbs and capsules, Masterwork Chests, leveling rewards, and as loot milestone rewards. Once you’ve gathered enough Mythic Essence for your next Prestige skin, you can visit the Mythic Essence shop and buy the skin there.

How Riot chooses which champion is getting a Prestige skin

According to Ask Riot piece, Riot’s selection process for Prestige skins is complex and long to ensure the right champion is getting a Prestige skin for a specific event. First, the devs select the skin theme and champions that suit the theme the most. After that, they focus on selecting a champion from the skin pool that would best fit the Prestige skin. They take into consideration how popular the champion is and when was the last time they received a skin, does the champion already have a prestige skin, and lastly did champion get a Legendary skin this year. Once the champion ticks all the boxes, the design team can finally start working on concept art.