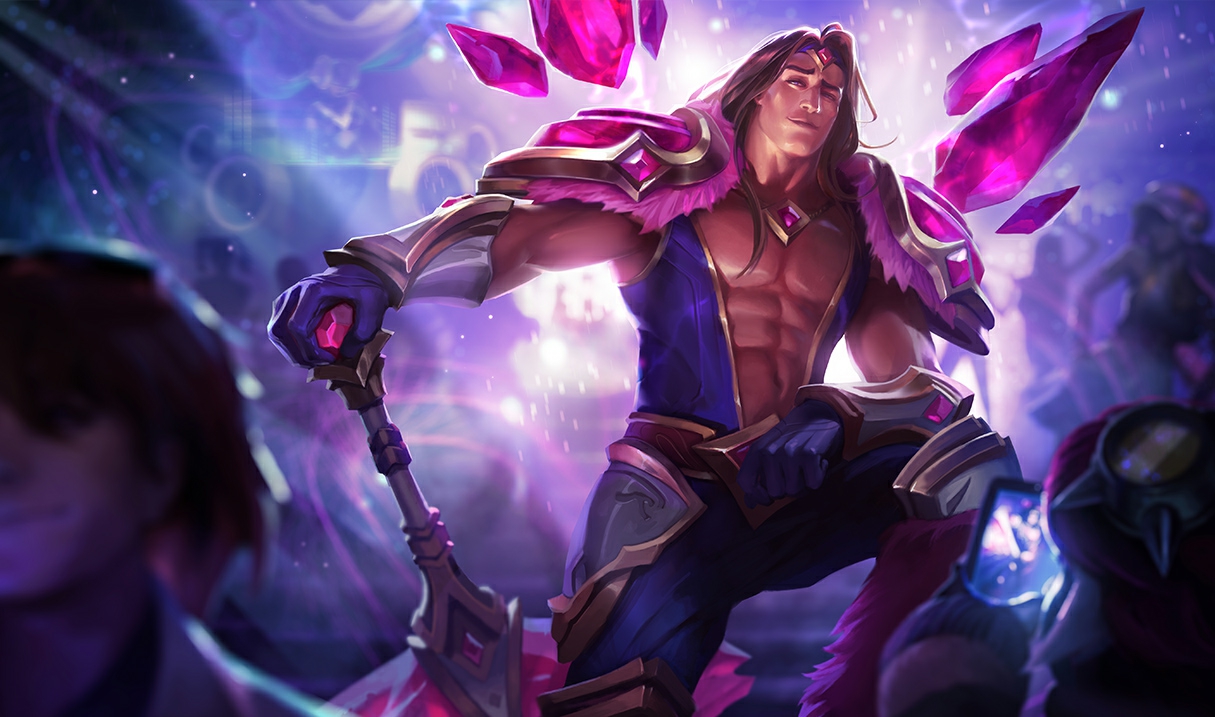 Take a look at that Taric splash art.

Does he look worried? Frustrated? Annoyed? No he doesn’t. He looks like he’s having a grand old time as a broken mid laner in the new League of Legends meta. He’s cool, collected, and suave as hell.

That’s how League should be for you, too. For the first time in years, the League meta is being flipped upside down. Not since the lane swap meta of 2016 have things been this crazy—and lane swaps were more of a thing in pro play, not solo queue.

This is the thing: all this change, the crazy duos, the bruisers in the bot lane, is good for the game. Here’s why.

I know that the crazy scuttle changes, the nerfing of ADCs, and the support mid laners have veteran players tearing their heads out. But it’s a good thing that, nearly a decade in, Riot Games is still taking risks with their game.

The timing could be better—this stuff probably shouldn’t be handled in the middle of the professional season. Riot’s even acknowledged as much. But League of Legends will not keep thriving as a game if Riot just focuses on fixing and balancing things. Sometimes, it’s necessary to take a wrecking ball to the meta and challenge players to innovate.

If you take a look at the new champions that are dominating the meta, you’ll find that they’re actually good changes for the long-term health of the game. No, I don’t mean the Nunu-Karthus thing. Rest assured, Riot is smart enough to fix obviously broken strategies like that.

But some of the changes we’ve seen lately are ones we’ve been asking about for a long time.

Take for instance the fact that tanks no longer dominate the meta. There’s nothing wrong with tank champions and people who play them. But as League strategy evolved over time teams, especially professional ones, figured out that the easiest path to victory was to stall out the game and rely on their tanks to engage big teamfights.

That’s how you got Cho’Gath, Trundle, Sejuani, Gragas, and Leona all in the same game at Worlds last year. How many more top lane tank matchups do we need to see before we realize we’ve seen them all?

You want to know why ADCs were overpowered to the extent that the leading bot lane often won the game, regardless of what happened at the other positions? It’s because only ADCs were able to kill tanks. Tanks taking the resolve tree were the real heroes of the early 2018 meta.

Things got so ridiculous that even champions never intended as tanks would build tanky. Remember tank Ekko? Or Cinderhulk Elise and Rek’Sai? So it’s a good thing that diversity has increased and bruisers are on the way back.

What about those crit champions?

The other big recent shift is the replacement of marksmen in the bot lane in favor of nearly anything else. Good riddance! Ever since the Ardent Censer meta of last season, crit champions have been dominating to the effect that lane bullies aren’t effective and caster-type ADCs have been relegated to other roles. Hello, jungle Ezreal.

Now, Riot definitely went overboard with the nerfs to marksmen. But as a class, they’ve needed some tuning for quiet a while. And really, ADCs have traditionally had one of the shallowest champion pools of any position. It’s about time they step up and learn some new stuff that isn’t ‘get two items and right-click.’

Don’t believe it? Since Season 3, just 14 unique ADCs have been in the top five of pick/bans at the professional level each year. This is the lowest number among all positions: jungle and support are tied at 17, while 20 unique mids and 21 unique tops have been featured over that same time period.

Mid laners have had to deal with the rise and fall of the assassin meta, stupid things like Galio, the one-shot potential of Zoe, and the mechanics of Azir. ADCs can usually just pick Caitlyn, stand at a gazillion range, and right-click away.

Sop it’s about time ADCs learn a few tricks. Maybe they’ll be even better when those crit champions come back.

And that’s the last thing to keep in mind—crit champions will come back. Riot isn’t going to kill of marksmen altogether, and over time you’ll see fewer bruisers and mages in the bot lane.

So don’t overreact while Riot is trying new things. Again, it would have been better if these changes weren’t made right when the summer split is about to start. The havoc that shifts like these can wreak on pro teams should not be underestimated.

But for the more casual players, it would help to be more like Taric—cool, calm collected. Whatever your champion is, the League meta will eventually shift in your favor. Sometimes, it’s better to stop worrying about things and just roll with the patches.