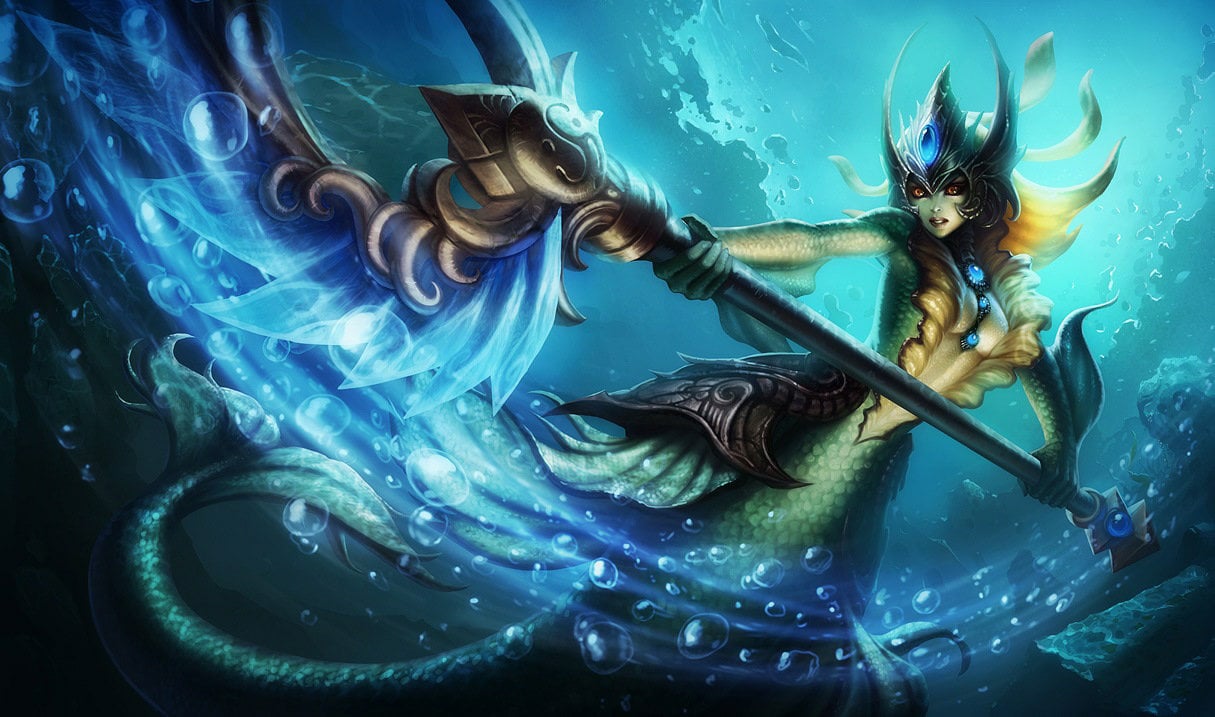 The current cast of enchanters in League of Legends tends to fulfill a bright and bubbly archetype, so one player took one of those kind champions and turned them into something much more sinister.

Reddit user u/4endorphin put together concept art for their rendition of a Blood Moon skin for Nami, a champion known for her kindness—much like the many other enchanters in League. Instead of the playful tones and bright-colored skins associated with many of Nami’s skins, such as Splendid Staff and Urf the Nami-tee, this Blood Moon concept makes the Tidecaller feel much more sinister with a crimson red color palette.

Though the concept maintains Nami’s elegance as a mermaid, the mixture of reds have taken over both her and her staff, completely removing the blues and greens normally associated with the champion. 4endorphin also showcased some of Nami’s abilities with this skin idea, including the changing colors of her W and what appears to be a Q bubble made completely of blood.

Unfortunately for fans of the MOBA, the Blood Moon skin line has gone untouched for the past two years, leaving the future of this universe uncertain. The last three champions to receive Blood Moon skins were Master Yi, Katarina, and Tryndamere, champions with more “evil” appearances that make sense being a part of this skin line. Champions like Nami that don’t display wickedness have never been recipients of Blood Moon skins, though they may, should Blood Moon be revisited in the future.

While this Blood Moon Nami concept may never come into fruition to allow players to see the Tidecaller in a more sinister manner, players can look forward to the new enchanter going against the “nice” archetype releasing in League later this year.