There wasn’t much change in the league rankings after week two. 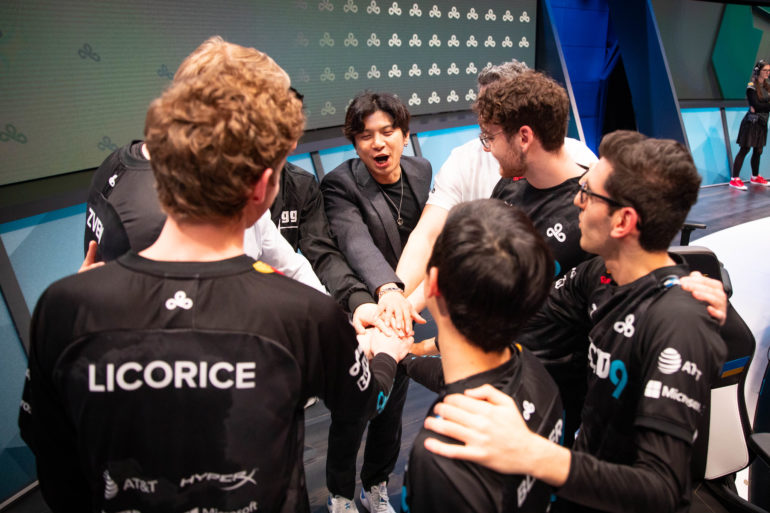 Our preseason LCS power rankings took a beating after the first week of play. Stalwarts like TSM and CLG really underperformed while Dignitas came out of nowhere to surprise us.

But after a second week of seeing these teams on stage, we’ve arrived at an early state of precarious parity. In fact, when we asked our voters to rank each team from one point (worst) to 10 points (best), they were unanimous on four out of 10 teams. And in none of the remaining six cases did the votes vary by more than one rank. The results are as follows:

The top of our rankings didn’t change at all from last week, with the drama happening more at the bottom of the table. Here’s how it all went down.

We admit: We were wrong about CLG. Everything pointed to a good 2020 for them. They swapped supports with TSM and got out worse for the deal, but only by a marginal amount. And they upgraded at mid lane big time by signing Lee “Crown” Min-ho away from the defunct OpTic.

Crown had a big 2019 season as the only reliable player on OpTic, but he’s really struggling so far this year. His laning numbers are disappointing and that’s led to the lowest damage numbers for any mid in the league. He’s only had one good game so far when he played Lucian last week against 100 Thieves. Even that came with a caveat—he was given a free assist by 100T jungler’s William “Meteos” Hartman when Meteos misplayed a turret dive and handed over first blood.

Crown’s struggles aren’t his own, though—they represent a team that isn’t in sync. Jungler Raymond “Wiggily” Griffin, who garnered some MVP consideration for his importance to the team last summer, has taken a big step back. He looks cut off from the rest of the map, rarely moving with his laners or support to help with early plays. In CLG’s loss to TSM, he got off to a massive tempo lead, going up a couple of levels, securing infernal drake and Rift Herald, and taking down the first turret.

But that advantage came because he was playing Olaf, not because of his individual genius. Throughout the game, TSM had eyes on him or knew where he was, and as a team, they moved together faster. Just a few minutes after the first turret play, TSM seized the gold lead by just being more coordinated.

For most teams in the league, their early performances correlate with how much damage their mids have done. The only real outlier is Golden Guardians mid laner Grayson “Goldenglue” Gilmer, who’s performed well for a one-win team. His Syndra was a big part of the team’s victory over Evil Geniuses last week.

Immortals continue to be the team we thought they’d be: smart, but just not quite good enough to be really interesting. They predictably lost to C9 and won against Golden Guardians. Until they start going off-script, there’s not too much to talk about.

EG, though, should have been better than this. It’s a new org with new players, but some of them are veterans, like Dennis “Svenskeren” Johnsen, Daniele “Jiizuke” di Mauro, and Bae “Bang” Jun-sik. Those three are players who nearly any League fan would recognize.

And it’s not fair to blame the complementary pieces, either. Jiizuke hasn’t been as good as he was as a rookie in the EU LCS two years ago. Svenskeren is getting caught in dumb places. They should have won the game vs. Golden Guardians, but the fact that they didn’t is why they’ve dropped a spot.

Both of these teams got big wins in week two—and both of them looked like real teams doing it. TSM bounced back from a heartbreaking 0-2 start to post quality wins over FlyQuest and CLG. TSM were impressive setting ward lines deep in the CLG jungle, keeping track of Wiggily even as he raced out to a lead. They got off to a faster start against Svenskeren’s Kindred in another win.

100 Thieves recovered from Meteos’ early blunder to play a more complete team game. They did have to withstand a late-game Kayle, but they had enough map control that they could keep forcing CLG errors.

On its face, this doesn’t make much sense. After all, didn’t FlyQuest beat Dignitas in their last Monday Night League matchup?

Our voters were evenly split among these two teams, though, most likely for a couple of reasons. First, a best-of-one result doesn’t prove anything. And we all know how dangerous Dignitas top laner and franchise player Heo “Huni” Seung-hoon is when he’s down a game in a best-of-five scenario. Finally, Dignitas did post a nice win over Liquid, even if Liquid were kind of trolling. Liquid turned around and beat FlyQuest, so we decided to just keep these teams where they are while we wait for more data.

These are the unquestioned top dogs. We remain unconcerned about Liquid’s losses. It’s not only because they’re still without presumptive starting jungler Mads “Broxah” Brock-Pedersen, who finally got his visa approved this week, though he won’t be available for LCS games until week four.

Even when he makes his LCS debut, Liquid are going to go through an integration phase with their new starting five. That could lead to some losses. But here’s the thing: Winning an LCS split is hard. If it weren’t, more teams would have done it. Liquid have won four straight and we’d forgive them if the streak catches up with them this split. But we still think, given everything we’ve seen from them, they remain one of the best teams in North America. They’ll have to lose a lot more games for us to change our minds on that.