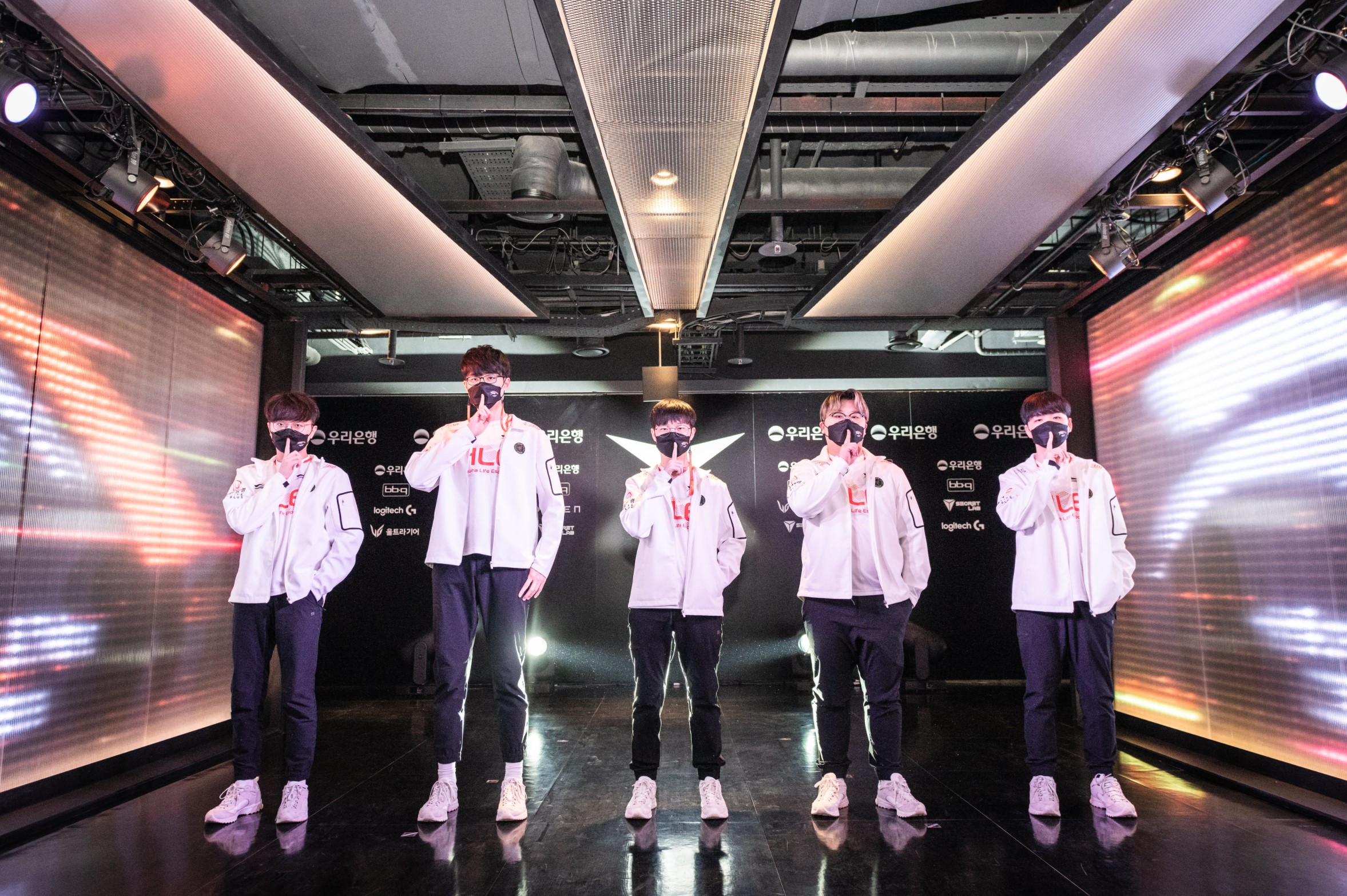 Just four weeks remain on the LCK schedule for the Spring Split, and the race for the playoffs is tightening up as the first half of the 2022 professional League of Legends season winds down. Currently, six teams in the LCK are separated by just one match as the second round robin of the split gets underway. One match could be the difference between finishing with a top-four seed in the playoff bracket and finishing dead last in the LCK, especially if the competition continues at its current rate.

With such a close race, though, comes plenty of room for the LCK to be flipped on its head between now and the end of the split. Eight matches remain on the schedule for each team in the league, making way for plenty of opportunities for the LCK standings (and our power rankings) to look incredibly different by the time the playoff bracket is finally set in stone.

This week, our power rankings look largely the same at the top of the league, but the midsection of the table underwent its fair share of changes. Several teams moved up and down the ladder after a week of tight matches and mixed results on the LCK stage. With that in mind, here are our LCK power rankings after five weeks of play in the 2022 Spring Split.

Surprisingly enough, despite the fact these teams are tied for last in the LCK, they’re all still just one match out of the Spring Split playoff race. Only four teams in the league currently sport winning records, so it won’t take much to climb into the back-end of the playoff race over the next four weeks for any of these teams. Among them, Fredit BRION has faltered the most as of late, dropping three straight winnable matches against fellow sub-.500 teams in Kwangdong Freecs, Liiv SANDBOX, and KT Rolster.

So, while what you see right now in the LCK standings is probably what you’re going to get when playoff time rolls around, it’s entirely possible that one of these teams sneaks into the bracket by way of an upset that shatters the table. Keep an eye on Hanwha Life, in particular. Through just five weeks this season, Hanwha Life have already beaten DRX, while taking both T1 and Gen.G to decisive third games in their matches.

All three of these teams are below the .500 mark yet still sit comfortably in the discussion for a playoff spot, especially considering KT Rolster and Kwangong Freecs both inhabit spots in the top six. The odd team out, though, is Nongshim RedForce. We still have some shreds of faith left in Nongshim as the split progresses into the second round robin, even in spite of the monstrous blemish in the shape of a six-match losing streak the team is on.

While Nongshim are set to open next week with an unfavorable matchup against Gen.G, three straight games against fellow playoff-doubtful teams in Liiv SANDBOX, Kwangdong Freecs, and Fredit BRION await them down the stretch. If there’s ever been a time to break a losing streak, it’s then. Not often do the scheduling gods bless a team with three straight matches against losing teams right when they need them the most.

On the opposite end of the spectrum is Kwangdong Freecs, who currently own the longest winning streak in the LCK by a team not named T1. With three straight match victories under their belt, the Freecs went from dead last in the LCK to sixth in a span of just two weeks. If the split ended today, they’d be in the playoffs. Still, their outlook is grim considering they’re one of just two teams in the league to have a win total in the single digits (8-13). Matches against KT Rolster and DWG KIA await Kwangdong Freecs this week—two teams they will have to soar past to put their foot down and stay in the playoff race rather than teeter on its brink from now until the end of the Spring Split.

DRX’s six-match winning streak was finally broken by Hanwha Life Esports of all teams this past weekend, as this year’s greatest turnaround in pro League was halted short five weeks into the LCK season. Still, that’s not to say DRX haven’t accomplished plenty in their meteoric rise back into contention after starting the season in an 0-3 hole. With six straight wins under their belt, they catapulted themselves right back into the playoff race and are now tied alongside DWG KIA with identical match records of 6-4.

Although DRX claimed victory over DWG KIA last week, DWG KIA still hold a significantly stronger game record over DRX, giving them the advantage in the standings and our power rankings. The two teams could swap spots in the standings early this week, though; DWG KIA are slated to face off against the single hottest team in the world in T1, while DRX open their week with what should be a winnable match against Kwangdong Freecs.

Of course, DRX and DWG KIA can trade blows all they like this year, but they’ll still have to get past the unflinching Gen.G in the standings if they want to get any seed higher than third in the playoff bracket. Despite the rampage of a start that T1 have been on to begin the year, Gen.G have been tailing them effectively, sitting just two matches out of first place with four weeks left in the split. Three of Gen.G’s next five matches will include faceoffs with DWG KIA, DRX, and T1.

Best in the world: T1

Professional League seasons are notoriously long, and just five weeks into a 10-month marathon, it’s unlikely that the title of “best team in the world” will remain in T1’s possession from now until the end of the year. But for now, T1 stand alone at the top of the game. T1 have finally reached the point where they remain as the only undefeated team left across pro League’s four major regions after LNG Esports in the LPL dropped their first match of the season this past weekend. With a 10-match winning streak to open the year in their back pocket, T1 have effectively set the pace in the LCK, while simultaneously setting the watermark for pro teams across the entire world.

If there’s any knock on T1, it’s that four of their last six matches have gone to a decisive third game. If they had taken any one wrong step in one of those games, their perfect record would have at least one blemish on it. But with T1’s game record of 20-5 taken into context, and the fact that they’re the only team in the world so far to have reached the plateau of 20 individual wins, it’s hard to deny their greatness. This upcoming week, T1 are slated to face DWG KIA and Hanwha Life—two teams who both took T1 to a third game during the first round robin of the season.