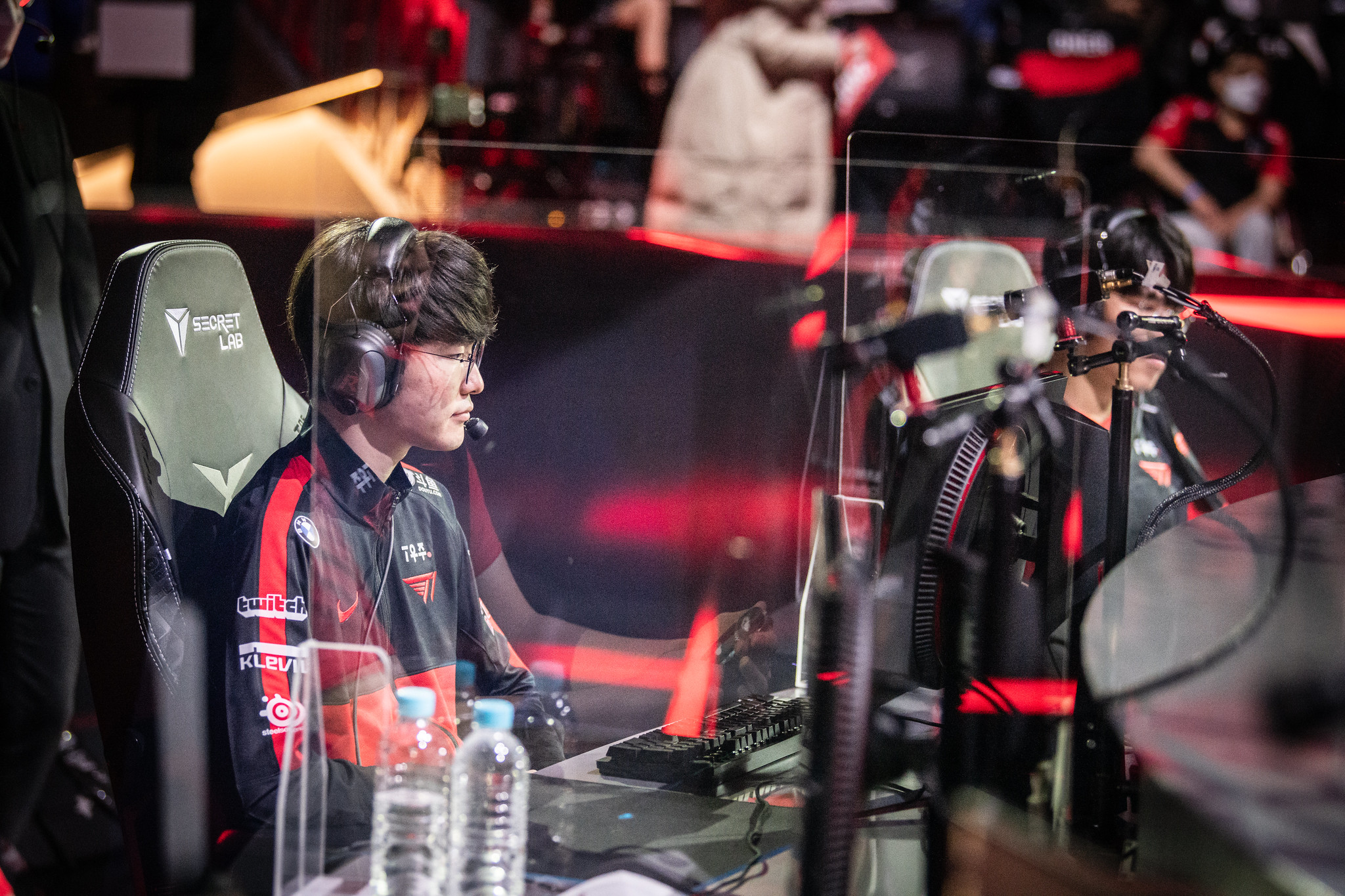 T1, one of the greatest teams in the history of professional League of Legends, continue to thrive in the 2022 LCK Spring Split, maintaining their undefeated record into the final weeks of play. In achieving yet another victory, two notable players were successfully able to break records for themselves and the game as a whole, with much more left for them to achieve.

T1 secured their 10th victory to close out week five of the Spring Split against NS RedForce earlier today, winning the series 2-1. They continue to lead the LCK leaderboards completely uncontested, but other teams look to stop their momentum heading into the final three weeks of the competition.

Various members of T1 were surprisingly offered many of their comfort picks in these games. Most notably, Faker and Gumayusi consistently got their hands on strong champions that made it through the pick/ban phase. In the games T1 pulled through with the victory, Gumayusi piloted Aphelios, a champion he has an 89-percent win rate on this split, according to Oracle’s Elixir.

In a fashion that has afforded T1 this dominating 10-0 undefeated streak in the LCK, they actively patched holes that could give NS RedForce an advantage. This mainly came in the form of pure aggression into forced team fights led by Oner and Zeus. Yet when Faker saw an opening to attack, whether on Ahri or LeBlanc, he successfully jumped in and out of fights, whittling down his opponents and forcing them to re-evaluate their tactics.

Game two looked much different for T1 thanks to NS RedForce’s Dread picking Lee Sin after only dealing 800 damage in the entirety of the previous game on Hecarim. Yet game three once again proved to the world why T1 have been undefeated for so long. They completely denied NS RedForce any pressure on the map similarly to game one, with an almost 10,000 gold lead.

This series marked major accomplishments in the storied legacies of both Faker and Keria. For Faker, he is now the first player in professional League history to amass 700 games played throughout his career. Keria also secured his 2,000th assist despite only having competed in the LCK for a little over two years.

T1 look to continue their path of dominance into the final weeks of the 2022 LCK Spring Split, with the opportunity to end undefeated still on the table.