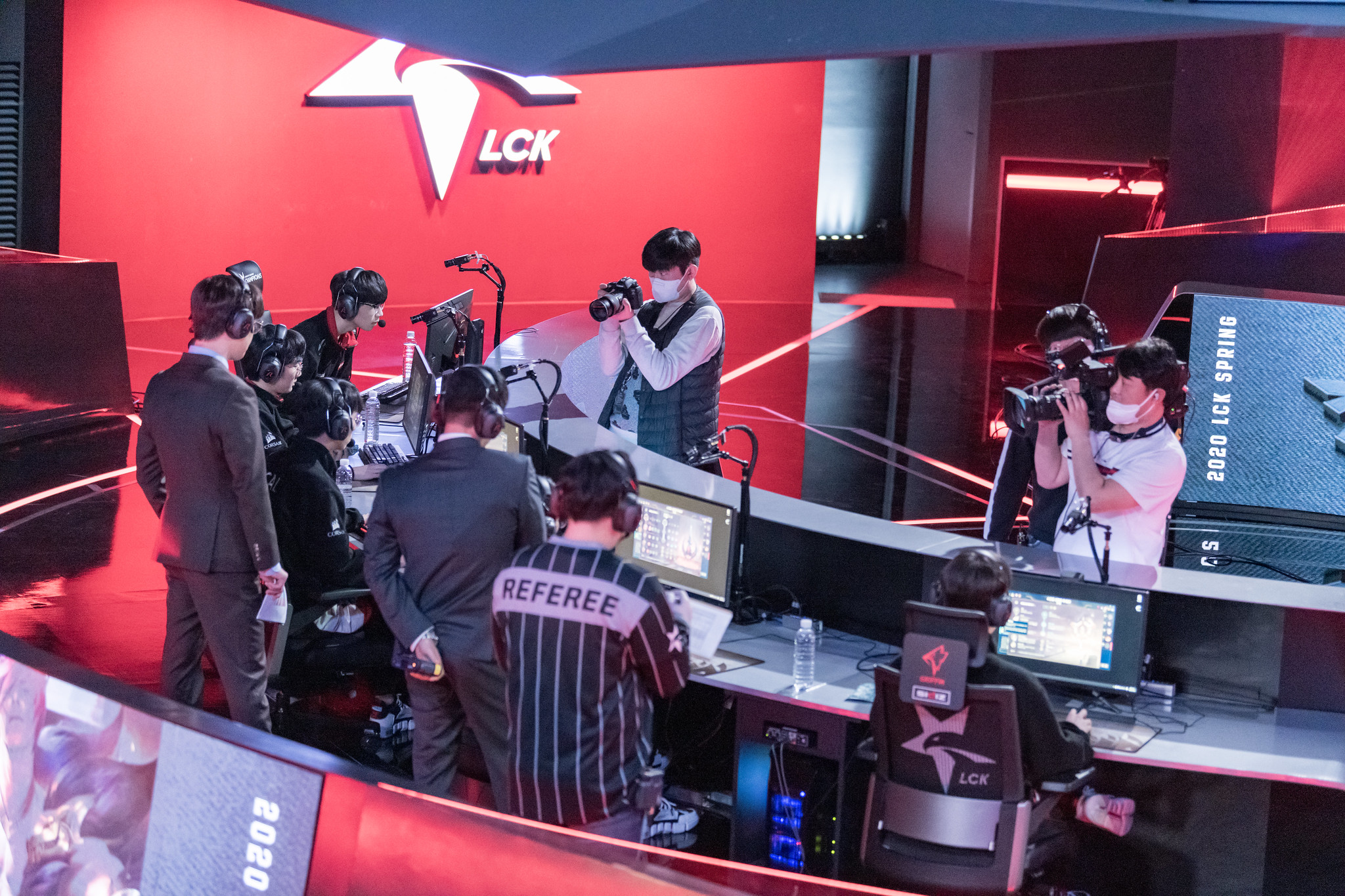 The LCK hopes to be back in full swing by the end of March, according to a report by ESPN’s Tyler Erzberger.

The Korean League of Legends league was indefinitely suspended on March 6 due to the COVID-19 pandemic, with Europe’s LEC and North America’s LCS following suit soon after.

Riot Korea discussed whether to continue playing in the studio without an audience, according to ESPN. But it now appears the league will proceed with an online format when it returns.

Following the Lunar New Year celebrations and the initial threat of the coronavirus, the LCK kicked off on Feb. 5 without a studio audience. The league took precautions and the few media personnel allowed to enter the venue were required to wear face masks and regularly use hand sanitizer. In interviews, microphone equipment was also covered for the safety of the players.

“Due to the on-growing Corona19 epidemic, in order to ensure the safety of the members of the league, we have decided to have the LCK and Challengers Korea go on an indefinite hiatus,” Riot told Inven Global on March 2. “Currently, we do not have a set return date and will keep a close eye on the epidemic to choose the appropriate date of return.”

If all goes according to plan, the LCK will reportedly be back within the next few weeks. This isn’t ideal for the league, especially with the Mid-Season Invitational drawing dangerously close, but it’s a vast improvement over the current situation.

Despite over 8,000 cases of COVID-19 in Korea, the country has seen just 75 deaths, a fatality rate lower than the three-percent average seen worldwide. The rates of infection have slowed down significantly, with testing taking high priority in the country.