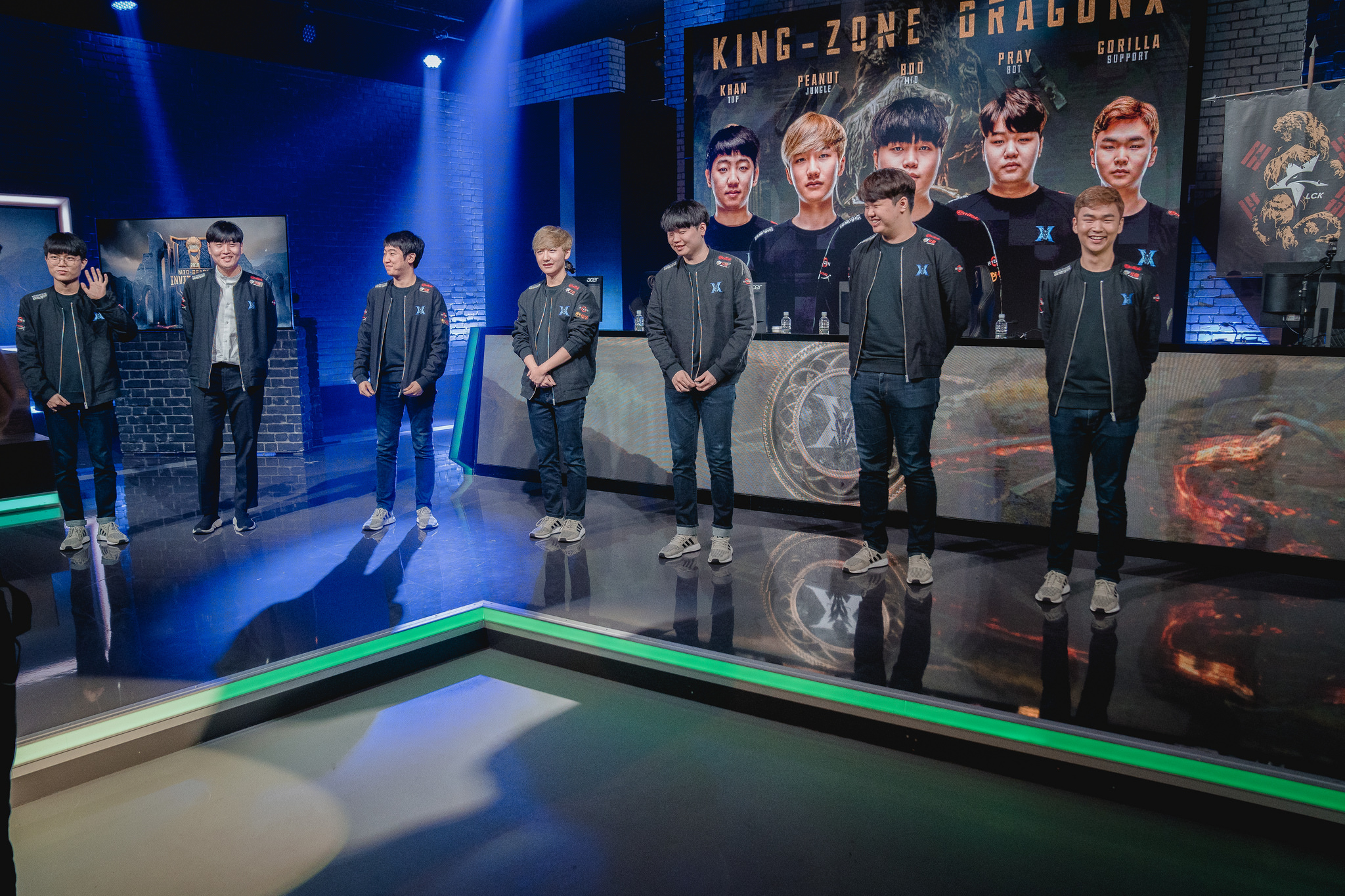 It must be tough to be a Korean team at one of Riot’s international League of Legends tournaments because expectations are always that they’ll win—because they have. Teams from the LCK region have taken home trophies from every international event since 2015.

Last summer, those expectations were too much for KINGZONE DragonX. Playing in their first big tournament as the Korean favorites, they fell in the quarterfinals. Now that they’re back, at the Mid-Season Invitational this time, they look determined not to make the same mistake. A decisive victory over the LPL’s Royal Never Give Up on the first day of the MSI main event has sent a message to the other teams that KINGZONE are not to be trifled with.

Two of the strongest non-Korean teams at this tournament were supposed to be Liquid and RNG. After a suffocating victory over Liquid, in which the NA LCS squad had precious little map control, it looked like Royal may be the only remaining hope.

That hope was quickly extinguished by KINGZONE jungler Han “Peanut” Wang-ho. An early three-buff start put immense pressure on RNG and gave KINGZONE priority over the top side of the map.

For lesser teams, that doesn’t mean anything. But KINGZONE, knowing where RNG jungler Liu “mlxg” Shi-yu was, were free to set up a top lane TP play by support Kang “GorillA” Beom-hyeon. A kill for Kim “Khan” Dong-ha’s top lane Camille meant that side of the map was solved.

RNG ADC Jian “Uzi” Zi-hao is always dangerous in teamfights, but KINGZONE moved quickly to shut him down and extend that advantage. After a reset, they dove into the bot lane with all five members. It was like shooting fish in a barrel, as the RNG duo lane had nowhere to go.

The game was basically over at that point. Like their earlier win over Liquid, KINGZONE didn’t hurry to finish and ended just past 37 minutes. This is as dominating a victory as you’ll see at MSI. KINGZONE are just too good across too many lanes, and their macro play is just miles ahead of the competition.

Liquid’s loss to KINGZONE sent them in a tilt, as they lost their next game to EVOS. RNG will try to avoid the same fate when they take on EVOS tomorrow at 5am CT. KINGZONE will look to stay perfect when they play Fnatic tomorrow at 4am CT.