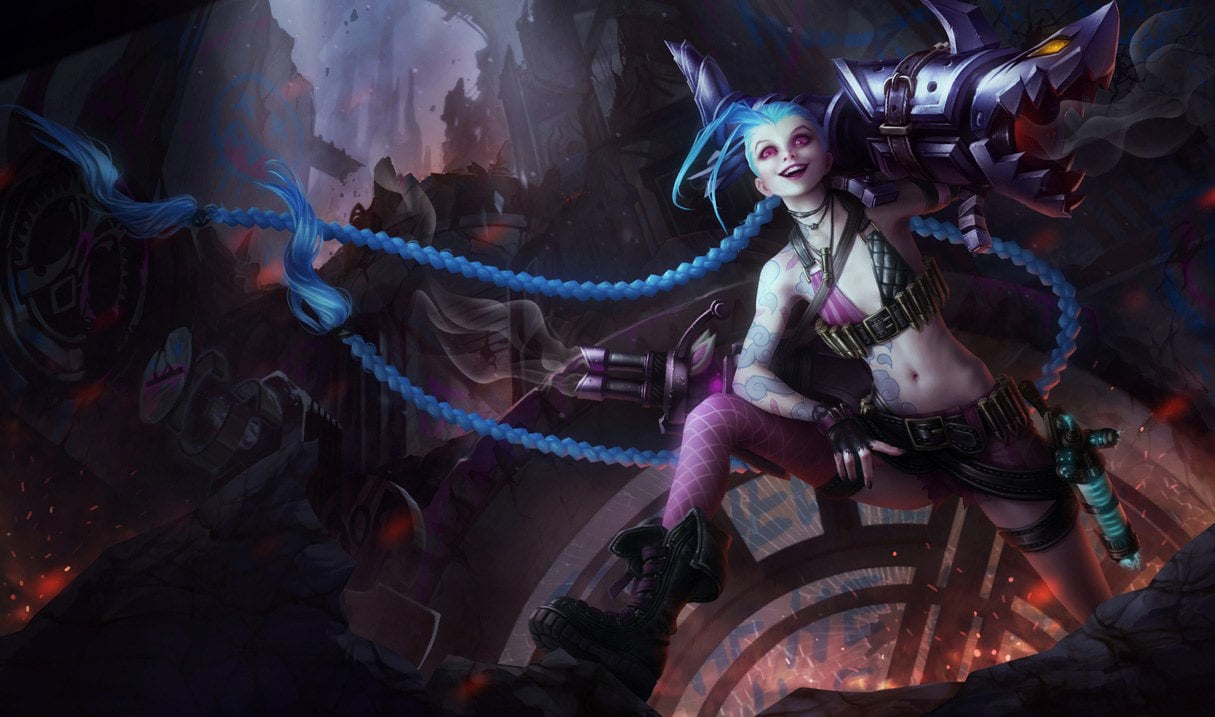 Riot Games’ first animated series, Arcane, just finished its second act and was met with critical acclaim. Outside of Netflix, the series is also a hit in League of Legends, with champions that feature in the show getting a significant boost in pick rate since Arcane launched.

The sisters Vi and Jinx, who take up a substantial amount of Arcane’s screen time, saw a significant uptick in their pick rates. Vi’s pick rate has increased 5.2 percent since the last patch, according to League of Graphs, increasing her overall pick rate to 8.4 percent against all other 150+ champions. These statistics reflect all ranked matches in Iron or above and across all regions.

Jinx already had a substantial pick rate prior to the release of Arcane, though she has similarly seen a rise in players selecting the AD carry. Jinx’s 4.3 percent increase in pick rate has brought her overall popularity to an impressive 15 percent, the 10th highest in the game.

Caitlyn, another bottom laner featured in the series, has soared to the seventh-highest picked champion. The Sheriff of Piltover makes up 16.4 percent of all picks in League of Legends and has seen a 3.3 percent increase since the release of Arcane, according to League of Graphs.

The founder of Hextech in both the game and the show, Jayce, has risen the most in popularity following Arcane’s second act. The top lane champion saw a +6.3 percent increase in play since the latest patch. The other found of Hextech, Viktor, and League‘s Revered Inventor Heimerdinger have seen only slight upticks.

Arcane impacted more than the pick rates of these champions, with win rates and ban rates also seeing changes. Jayce saw the highest percent increase in picks, but the champion also took the most substantial drop in win rate, with a negative 1.14 percent. Vi and Jinx have seen an equally high ban rate—Vi increasing to an overall 3.8 percent ban rate and Jinx now standing at a 2.9 percent ban rate.

Arcane has undoubtedly boosted League‘s already expansive player base. The animated series features several champions who reside in the fictional twin cities of Piltover & Zaun. Though many of the playable characters shown in Arcane have been a part of League of Legend for years, the pick rates of these champions have skyrocketed since the series’ release.

With one more Act of Arcane set to release and potentially more League of Legends-inspired shows on the way, we may see an unofficial meta of the longstanding MOBA shaped by related media.