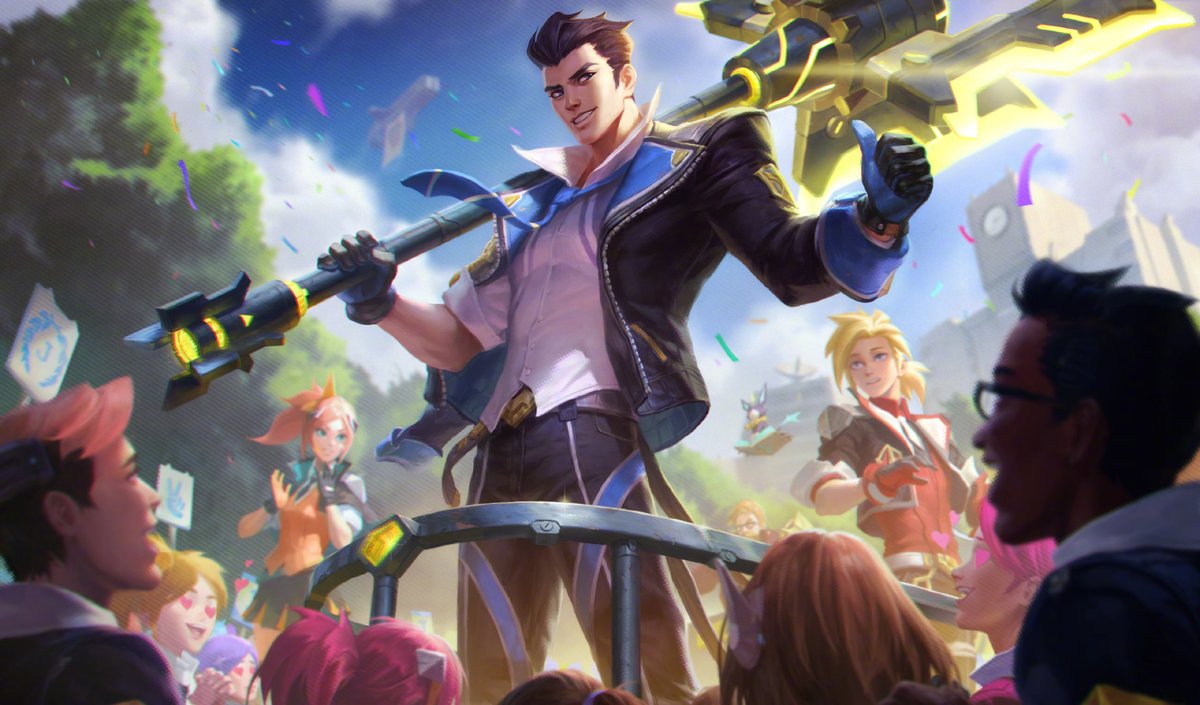 Jayce has been one of the most surprisingly successful picks during the first week of action at this year’s League of Legends Mid-Season Invitational.

The Defender of Tomorrow has a total 87-percent appearance rate with a whopping 80-percent win rate in the top lane at MSI 2019, according to gol.gg. Jayce has always been praised for his strong early and mid-game, but lethality builds and a mid-game meta have pushed him beyond the Rift.

Aside from having the highest win rate so far at MSI 2019, Jayce is also the most banned champion with a total of 36 bans thus far. Jarvan is a close second for most bans with 33, but his win rate is at a measly 44 percent. Of course, there are plenty of other champions boasting high win rates. Akali and Sylas, for example, have rates of 67 and 62 percent respectively, but no one has come close to matching Jayce’s dominance at this tournament. With numbers like his, we can’t help but wonder what makes Jayce stand out.

Looking back at the professional Spring Split, Jayce was doing well—so well that Riot Games decided he needed a nerf. Specifically, he was “a little too oppressive in lane, especially in pro play” according to Riot’s notes in Patch 9.6. The mini nerf lowered Jayce’s base stats in hopes of challenging his early game. Despite this nerf, his base stats weren’t the main reason for his early to mid-game prowess and he’s continued to dominate pro play.

In previous seasons, Jayce players were essentially forced into rushing Manamune to make up for his high mana usage during the early game. Rushing the item meant Jayce had to sacrifice his early game damage, which ultimately hindered his ability to scale into the mid-game.

But the introduction of the Manaflow Band and Biscuit Delivery runes meant Jayce could have enough sustain without Manamune. Now we see players using some combination of these runes in almost every Jayce build that the tournament has produced. Players are even opting out of the sorcery tree all together for heavier damage output with Conqueror and Biscuit Delivery as a secondary rune.

Additionally, this increased means of sustain has led players to go full lethality with Youmuu’s Ghostblade and Duskblade, which has been seen in every Jayce build so far at this competition.

We can also take a look at the overall meta during the competition. Games have generally been early to mid-game focused with matches lasting roughly 30 minutes on average, making it the perfect environment for Jayce to thrive. He simply doesn’t lose lane. Even if we think he’s losing, he’s not, and this sets him up to easily scale into the mid game.

On Friday, we saw Phong Vũ Buffalo’s top laner Phạm “Zeros” Minh Lộc play Jayce against Invictus Gaming’s Kang “TheShy” Seung-lok’s Sylas. Three minutes in, Zeros was already up about 10 CS. A failed two-vs-two gank by Bùi “XuHao” Hoàng Sơn Vương on Elise happened soon after, which resulted in a double kill for Invictus Gaming. This would be a death sentence for any other laner, but not Jayce. Zeros came back to lane only to continue leading by five to 10 CS for the remainder of the laning phase. In addition, he was able to win a subsequent two-vs-two fight four minutes later.

Jayce may be this year’s king of the tournament, but it doesn’t necessarily make him broken—at least not for the rest of the player base. If we take a look at op.gg, Jayce’s win rate in solo queue during Patch 9.8 hovered around a modest 49 percent, which has remained constant through Patch 9.9 as well. Pre-patch, however, Jayce was at an amazing 51-percent win rate and was in the top three of top lane champions played during Patches 9.2 until 9.6.

It appears the mini nerf in 9.6 greatly affected solo queue players, but pro players have been able to continue taking advantage of Jayce’s kit and lethality build. Much of this can be attributed to the learning curve behind Jayce. For many inexperienced players, Jayce isn’t the most friendly or easy to learn, making it difficult for them to continue seeing success with him in lieu of the recent nerf.

With Patch 9.8 being used throughout MSI 2019, we can expect to see Jayce continue to dominate the pick ban phase.