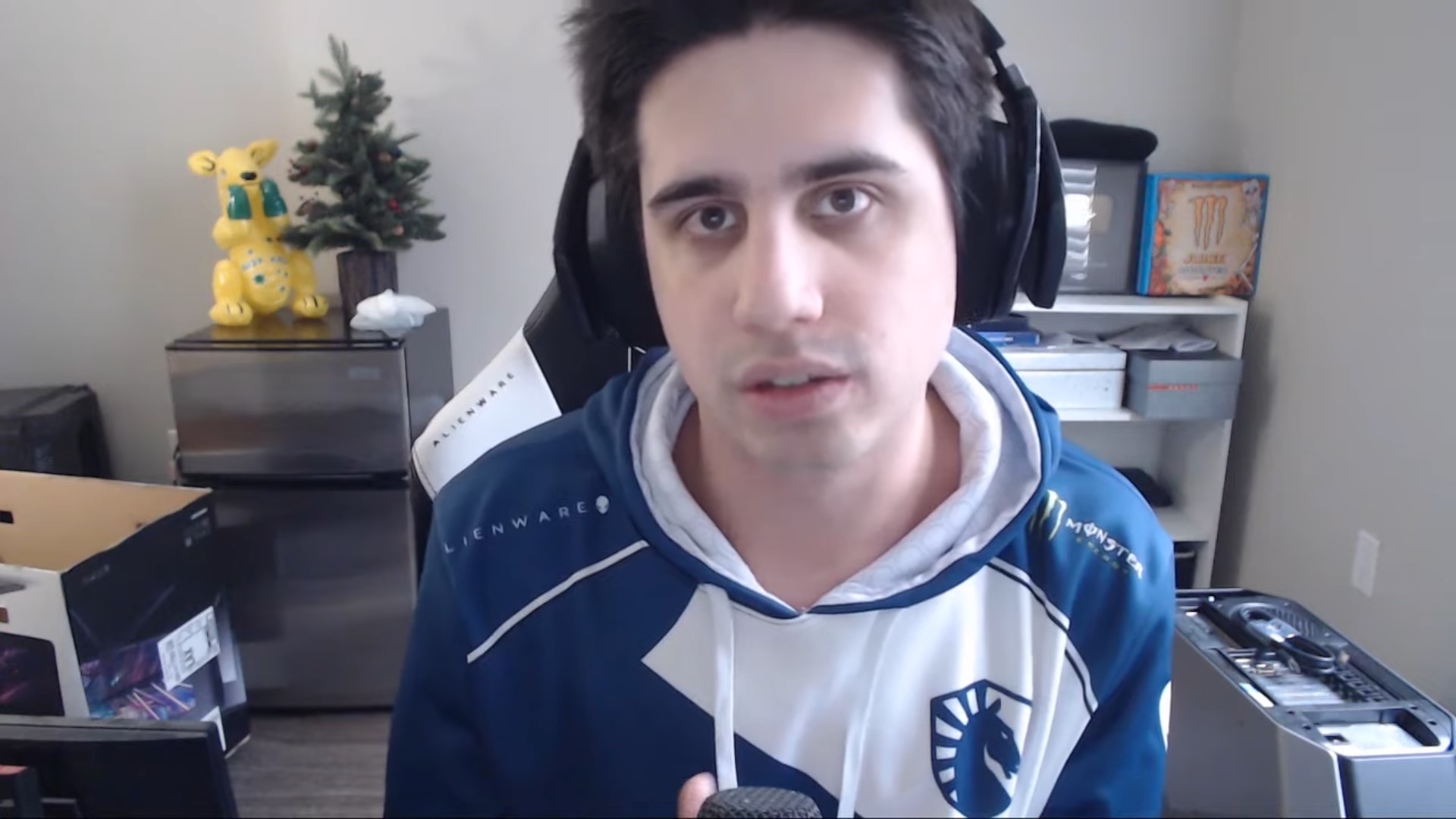 The streamer addressed allegations that Tarzaned boosted two of his accounts to Challenger during his Twitch broadcast. IWillDominate claims that he boosted Tarzaned, citing various Discord screengrabs as evidence.

“Why does one person just say one negative thing about another person and the community just believes it at face value when there’s zero proof?” Dom said. “I literally proved that I boosted his account. What other proof could you want?”

The former pro showed several Discord messages to prove his point. In one screengrab, Dom asks Tarzaned for an account so he can boost it because he was “bored.” Tarzaned allegedly provided his own account for a boost and offered to pay for the service, to which Dom replied “nah.”

Dom did admit that Tarzaned played on his account before, but said it was to prevent it from decaying. The former pro claimed to have paid Tarzaned to play decay games on his account that was already Challenger. Dom denied Tarzaned’s claim that he paid over $10,000, but the streamer admitted that he bought unranked accounts from Tarzaned so that he could climb the ladder with them.

Both parties have had major success on League’s competitive ladder, having multiple Challenger accounts over the years. While IWD started his career as a pro with compLexity Gaming and then Team Curse, who eventually became Team Liquid, he now streams full time.

Tarzaned broadcasts high-level jungle gameplay and educational videos. He also provides coaching for those looking to improve their game.

Update May 21 10:35am CT: Tarzaned posted several screengrabs that allegedly show IWillDominate paying him for boosting. The streamer claims a $2,446 payment was to get one of Dom’s season-seven accounts from Diamond One to Challenger.

Update May 22 9:12am CT: Tarzaned deleted the tweet that showed payments from Dom. The two have made amends and decided to “end it here,” according to yesterday’s tweet by IWillDominate.