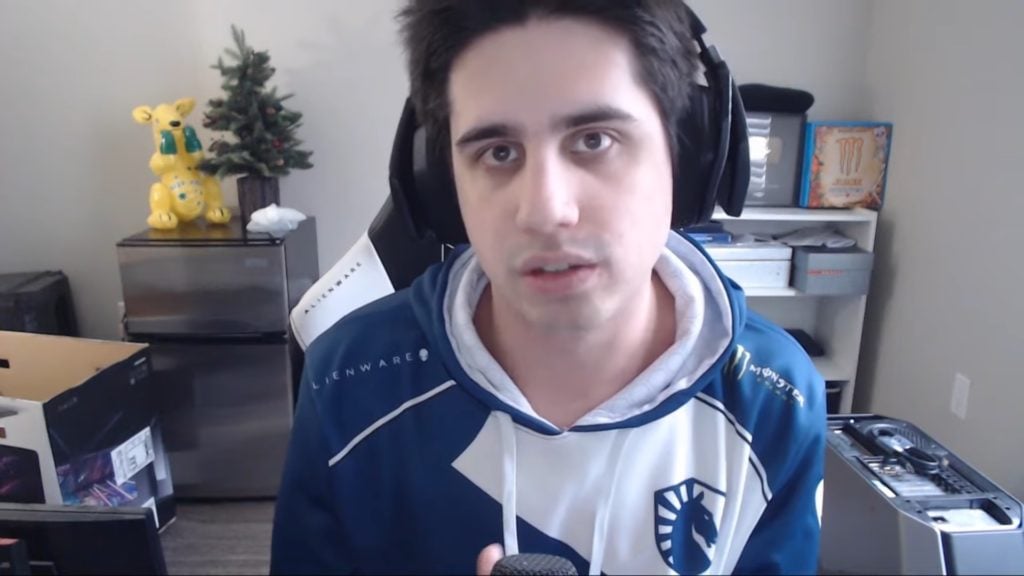 One of the biggest League of Legends streamers has been removed from Riot’s partnership program.

Former Team Liquid League player and streamer IWillDominate told his Twitch viewers today Riot Games removed him from the League partnership program (LPP), meaning he can no longer co-stream the LCS or Academy games. Additionally, he no longer has access to League Unlocked.

IWillDominate showed his viewers the statement he received from Riot regarding his removal. “Recently, our system flagged statements made on your social media account that violated our policies, and desire to foster a safe and inclusive community,” the statement reads.

Since IWillDominate was on probation at the time of these “statements,” he has been removed from the program entirely. Riot did not show him which statements had broken the LPP guidelines, however.

“I got this today, I don’t know why, I’m trying to talk to them,” he said. “This is something I love doing, what I’m passionate about.”

Fellow Twitch streamer Yassuo, alongside plenty of IWillDominate’s fans, have called for Riot to reinstate his status in the LPP. “#FREEDOM, #FREEIWD #FREETHECRACKHEAD #FREEMYBOY” Yassuo said on Twitter.

This isn’t the first time Riot has caused controversy by penalizing a prominent LoL community figure. In June, Riot put former Cloud9 mid laner Hai on probation in the League Partnership Program because of a chat restriction. The statement said he would be removed from the program if he didn’t behave in accordance with the guidelines within the next three months.