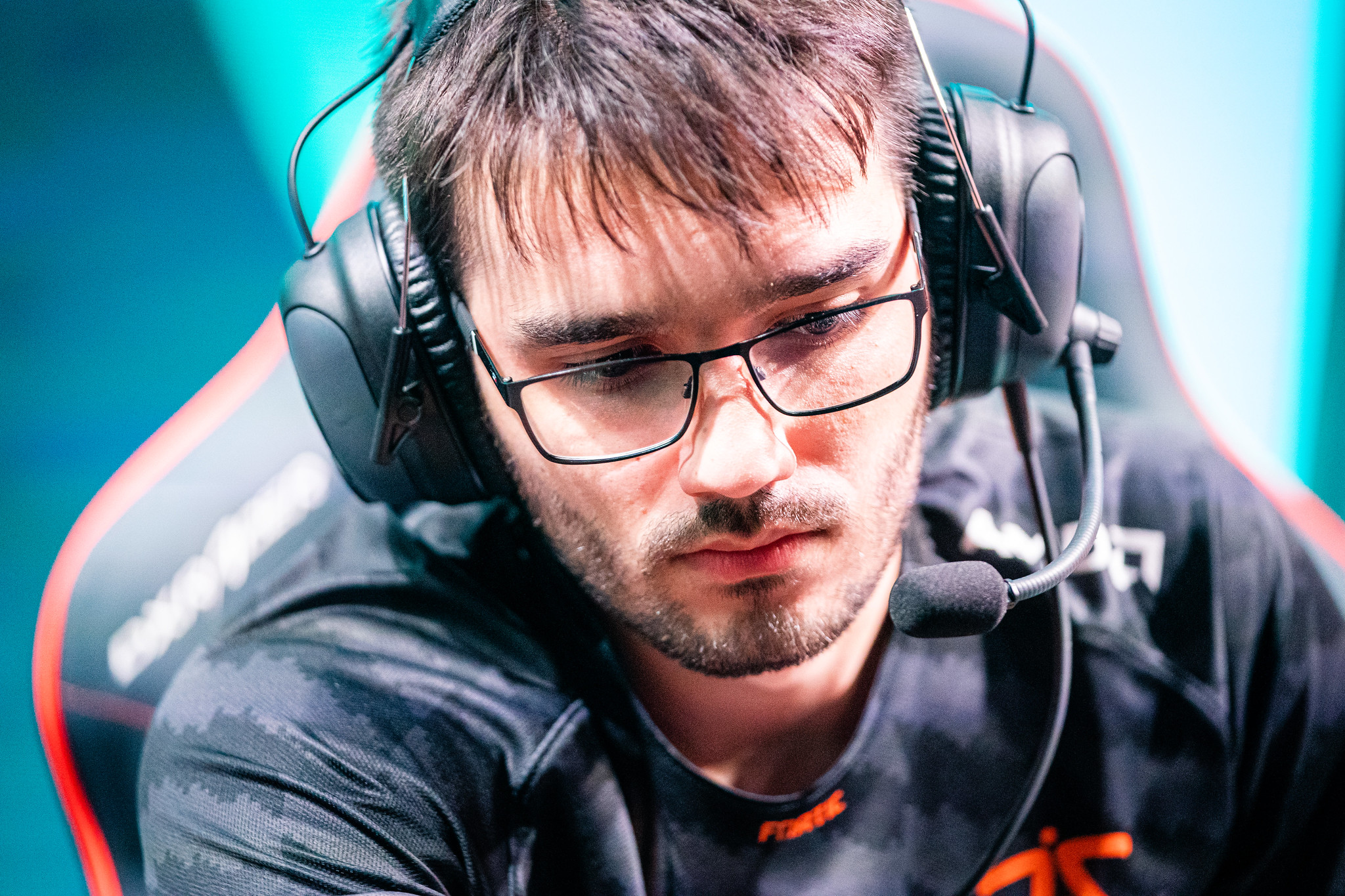 Who is the best player at Worlds this year? Is it Korean superstar and three-time champion Lee “Faker” Sang-hyeok, who won the Riot Games vote? Or maybe it’s a jungler this time, like LEC MVP Marcin “Jankos” Jankowski or Griffin’s Lee “Tarzan” Seungyong.

One group of players that doesn’t typically get mentioned in the “best player” conversations are supports. Just a handful appear on either of the lists Joshua “Jatt” Leesman and Andy “Vedius” Day submitted in the Riot post. And Fnatic support Zdravets “Hylissang” Galabov is mentioned just once, at the very end of Vedius’ list.

Hylissang seems to be coasting under the radar heading into the group stage this weekend. He isn’t the biggest name on Fnatic. He’s not even the biggest name in his lane—that would be his partner, Martin “Rekkles” Larsson. But no matter what criteria you choose to judge players, whether it’s mechanics, teamfight ability, leadership, it’s clear: Hylissang is at the top of the game.

And he just might be the best player at Worlds this year.

Not your grandma’s support

Supports have come a long way since the early days of League of Legends. For years, it was their job to buy Sightstone and get out of the way. But that’s changed in the last couple years as more skill expression has found its way into the role.

Think of the new champions players have had to keep up with. Pyke is basically a solo lane assassin masquerading in his bot lane role, with the high skill cap to prove it. Rakan’s multitude of mobility and engage spells make him a beautiful champion to watch when he’s piloted correctly. And then there’s Yuumi, who terrorized the Rift as a do-it-all option.

For years, dating back to his time on Unicorns of Love, one of the primary criticisms of Hylissang’s was that his champion pool was limited. He’s dabbled with mages here and there, but has always loved engage champions, particularly Thresh. In fact, his obstinance in sticking with Thresh and Alistar may have cost his team a spot at Worlds 2017.

But this year has been a different story. Thresh is good again, and we expect to see him back on his main at Worlds. But he’s also become a savant at Rakan and has even included Pyke into his regular champion pool. And then there’s Yuumi.

Fnatic shocked the world this summer when they picked—and won—with a Garen-Yuumi bot lane. At first, it looked like Rekkles was finally learning to play non-ADC champions. But a careful observation of the way they played the composition and their willingness to pick it in meaningful matches revealed something else. The purpose of the duo is simple: Garen rushes forward, letting Hylissang do his thing.

It’s crazy to think back, but at the start of the year, we weren’t sure Fnatic were going to make Worlds at all. The Spring Split was a slog, and there was a brief controversy before the Summer Split whether a roster change would be necessary.

The team’s flaws are easy to identify. Top laner Gabriël “Bwipo” Rau is a coin flip, good in some games, not so good in others. Rookie Tim “Nemesis” Lipovšek looked behind the curve in mid lane, and the team left him on a lot of islands, wary of investing resources in a losing lane.

Fnatic’s response to all of that was to put more on Hylissang. He had to make sure Rekkles could win lane and give him the opportunity to roam. He captained multi-man roams to mid lane, teaming with jungler Mads “Broxah” Brock-Pedersen to turn Nemesis from a weakness to a strength. And when all else failed, the team looks for him to produce magic, to turn nothing into something with a huge Rakan charm or a next-level backdoor.

At the end of the day, all the players participating in the Worlds are amazing. There is no way to definitively rank them all—every method introduces biases, known and unknown into the equation. In many ways, players rankings reveal more about the people doing the rankings than they do about the players themselves.

Few teams at Worlds rely on a single player like Fnatic do on Hylissang. His growth throughout the year carried a flawed Fnatic team to take G2 Esports—MSI victors and kings of Europe—to two crucial game fives. Fnatic won neither, but they were incredibly close. And remember: IG lost two domestic finals to RNG last year before being crowned World Champions.

Hylissang isn’t a carry that can pop off in one-vs-one scenarios, or accrue a slew of kills in a big teamfight. There aren’t numbers to help his case like there are for players at the other positions. If ranking players is hard, putting supports in context is nearly impossible. But this guy just keeps making insane plays that catapult his team to victory. We think he’s already the best support in the world. So it’s not crazy at all to think he’s actually the best player in the world, too.