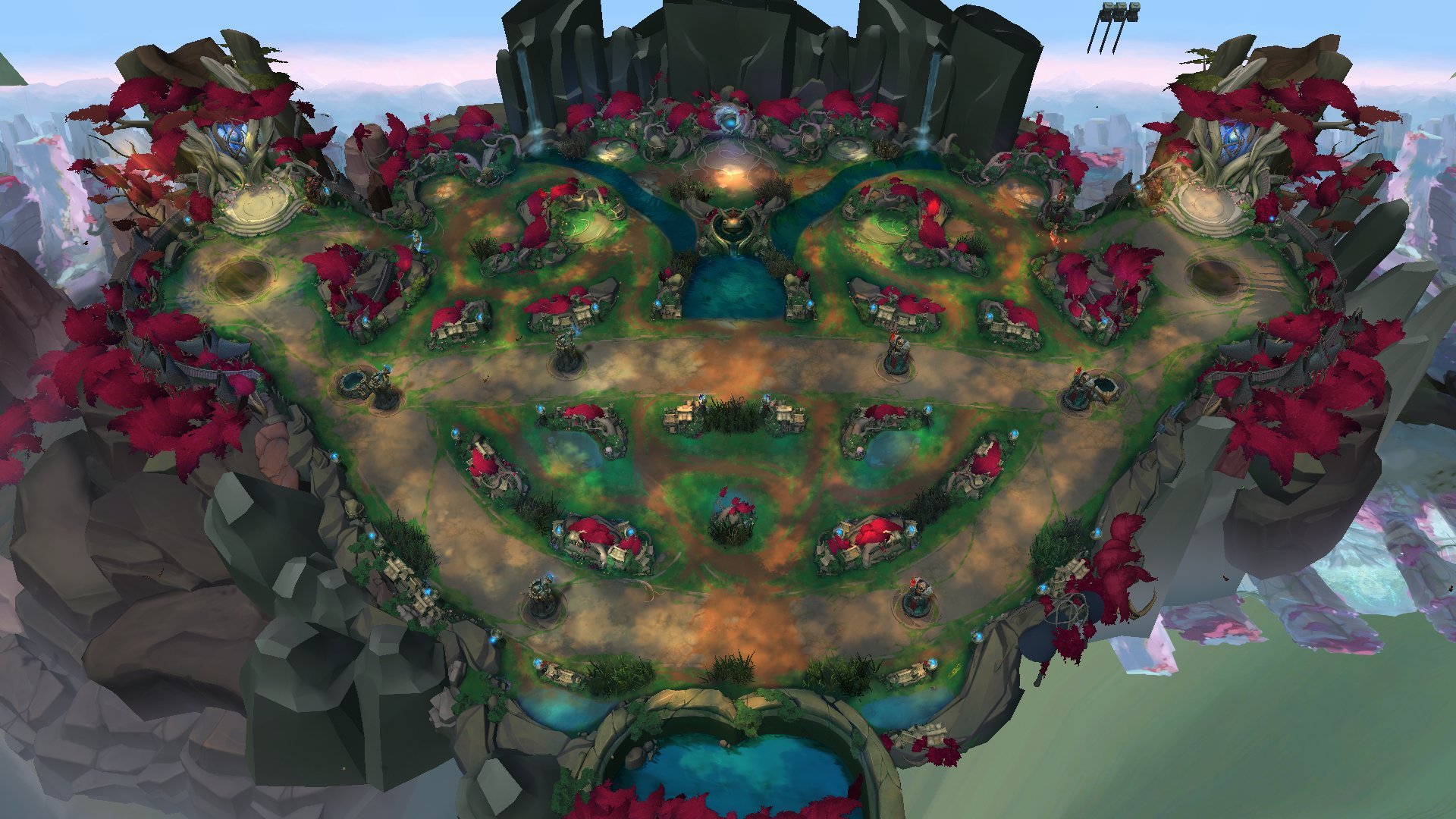 League of Legends fans awaiting the return of Nexus Blitz now can see what kind of map they’ll be playing on this summer.

League dataminer SkinSpotlights tweeted earlier today there is a new Ionian-themed Nexus Blitz map in the game files. The account tweeted two images of the map, first showing the river and then the entire map from a bird’s eye view.

Porosite, the release manager for League at Riot, even responded to SkinSpotlights’ tweet. Additionally, Ziewi, an associate enviroment artist at Riot, said she had been working on the map and that many of the “assets that are going to hit PBE” are still works in progress.

Riot confirmed earlier in the year that both Nexus Blitz and Pick URF would make returns to the game in 2020. Nexus Blitz, in particular, was said to have been arriving in the summer as a part of the Summer Festival Event. URF returned in May with the Pulsefire event.

Since it was first released in 2018, Nexus Blitz has been one of the most popular limited-time game modes in League. Due to the somewhat-random and hectic gameplay, players often request the mode to return.