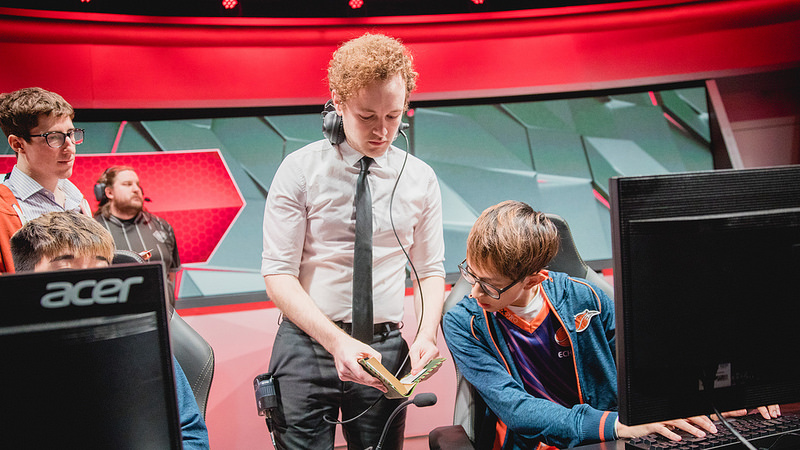 In the same tweet, the team announced the current coaching staff would be stepping back, with Daniel “Mango” Morissette taking responsibility for the on-stage picks and bans.

The news comes after the Golden Guardians’ esports head, Hunter Leigh, told Dot Esports in June that the team would be sticking with coach Tyler Perron for the Summer Split.

“By the end of spring, we were set on giving Tyler a chance,” Leigh said. “Not only because the team performed better, but seeing him perform in the role. It didn’t take long for Tyler to prove that he was really good at this and worthy of a longer run to establish himself.”

That longer run has been an up-and-down one for Golden Guardians. A mid-split winning streak saw the spring’s last-place team shoot up to first, but a recent string of losses sent them tumbling down to eighth. Mixing up the coaching staff may be the first step for a Golden Guardians squad that has been struggling to find its footing. The team has had trouble translating its early-game aggression into wins, despite roaring out to early leads against the league’s best squads, like Team Liquid. Bringing in someone like Inero might help that, especially since he previously coached Echo Fox—one of the most aggressive teams in the league.

Inero helped lead Echo Fox to the top of the standings this split, but he announced he would be leaving the organization a few weeks ago. It’s unclear what he’ll do for Golden Guardians as a consultant, but it seems likely he’ll help with the team’s strategies. It’s also unknown if he’ll be staying with the organization following the split’s conclusion.

Golden Guardians will return to the stage this Saturday against Cloud9 at 5pm CT.