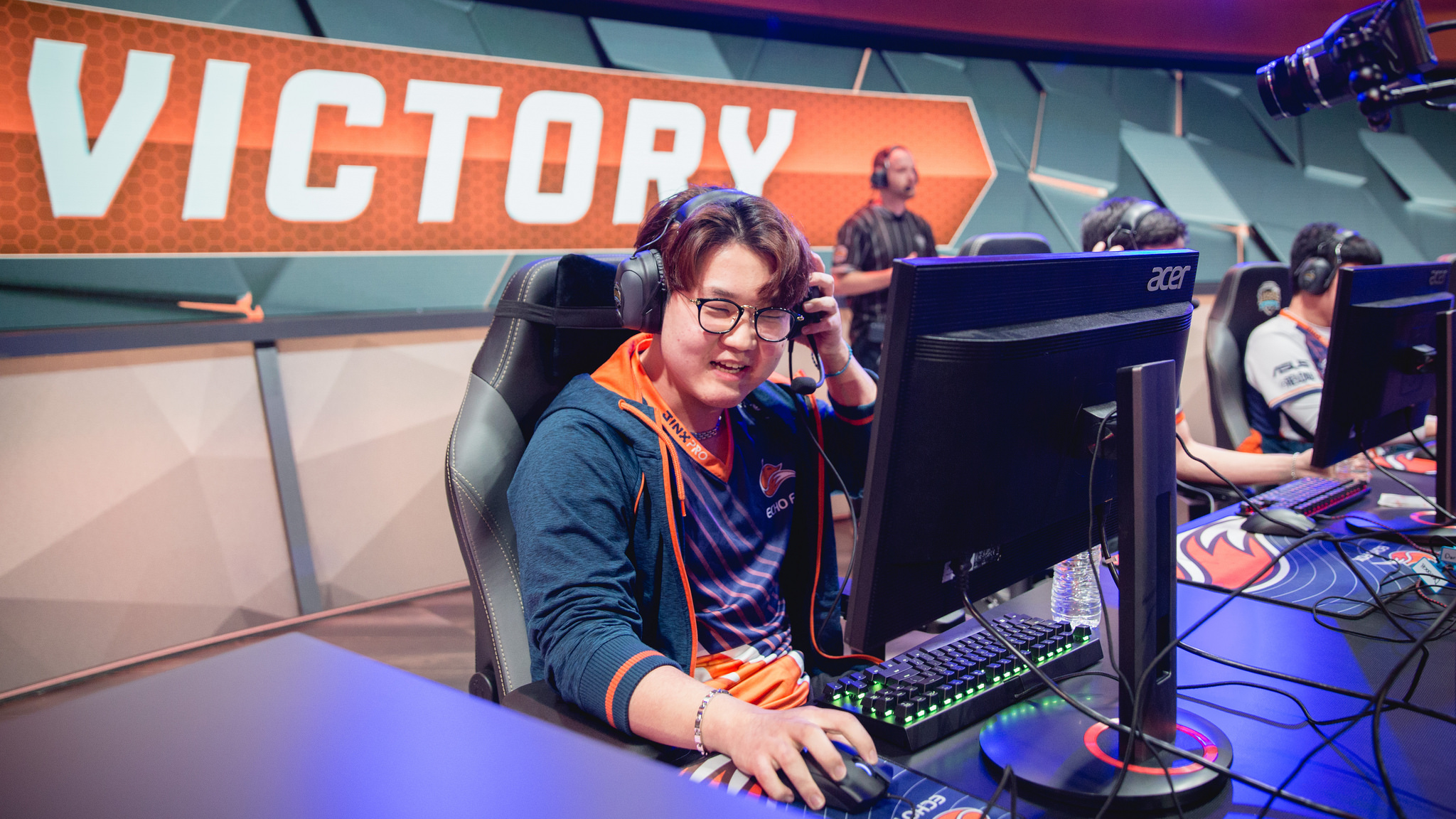 As Echo Fox top laner Heo “Huni” Seung-hoon’s cherished pocket pick alongside Lucian, Yasuo is a champion Huni has historically loved to play as a counter to Gnar, regardless of the samurai’s place in the current meta. Even in his first World Championship final, Huni wasn’t afraid to bring out his Gnar counter pick despite SK Telecom T1, his former team, being down one game.

“We practiced a lot for Yasuo,” Huni told NA LCS host Ovilee May in his post-match interview after his win over 100 Thieves. With Gnar’s massive rise in play in this current meta, it’s not surprising that Huni was polishing his Yasuo for a moment like today.

100 Thieves, afraid of a farmed Yasuo, focused top lane in order to put Huni behind. But for Huni, 100 Thieves’ top lane camp wasn’t a big deal. Regardless of how far behind he was, as long as the rest of his team did well, he would scale. And luckily for Huni, his mid laner was doing very well.

While Huni faced some top lane troubles, Echo Fox mid laner Kim “Fenix” Jae-hun had a field day in his lane. On Zoe, the strongest caster in the game, Fenix constantly found picks onto 100 Thieves with his Sleepy Trouble Bubble and Paddle Star combo. And these picks gave Echo Fox a massive global gold lead.

With Fenix’s mid lane success, Huni was free to farm up and become his team’s splitpusher once the laning phase ended. And by 30 minutes, Huni could out duel anyone on 100 Thieves, and almost won a two-vs-one fight.

Although Echo Fox won this match, don’t expect Yasuo to make many more appearances in the NA LCS. Not every top laner in the league can pull off the Yasuo quite like Huni.