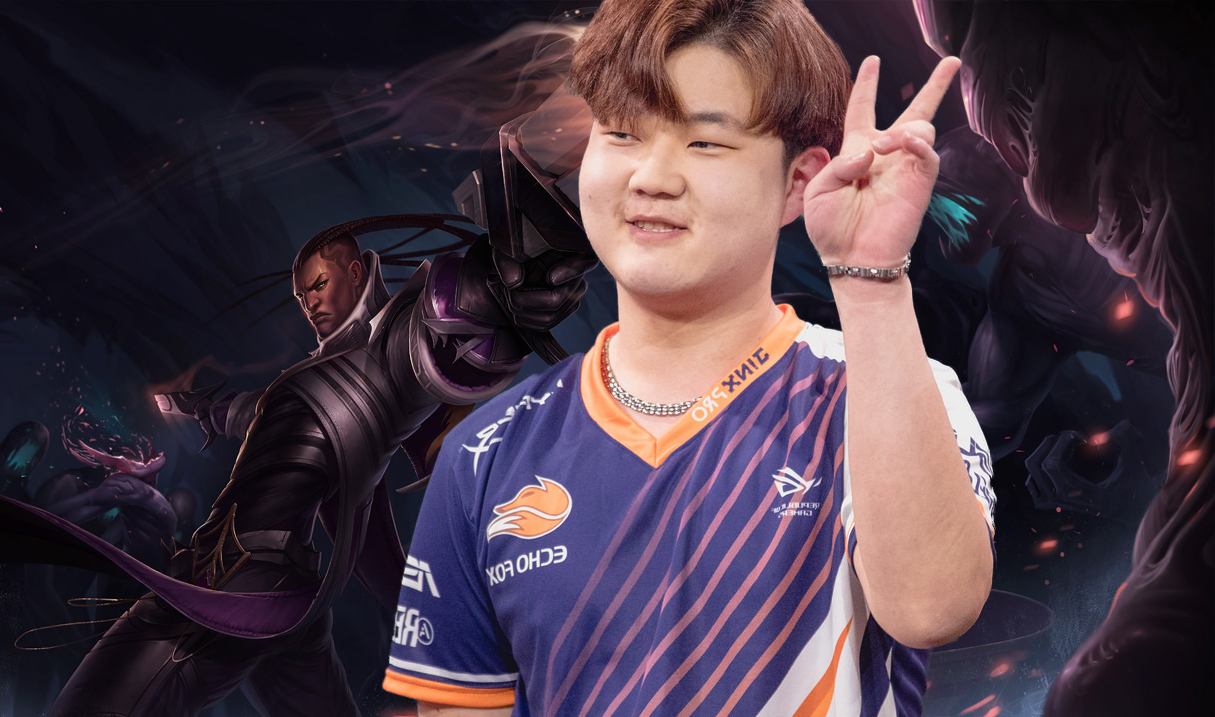 There aren’t many champions in League of Legends that are really tied down to one professional player as “their pick.” Pros, for the most part, stick to the champions that are strong in any given meta. Top lane Lucian is the exception to that rule.

There’s only one player in the NA LCS who can pull off top Lucian consistently, and that’s Heo “Huni” Seung-hoon—and he pulled it out this weekend against FlyQuest to mark his return to North America.

No matter where Lucian stands in the meta, it always seems like Huni can rely on him as his tried-and-true pocket pick. Right now, for example, Lucian is a terrible option as a bot lane marksman, and his days as a mid lane burst assassin are about six months behind him. He has the worst winrate out of all champions in the top, mid, and bot lane roles, according to League stats site OP.gg.

And yet, somehow, Huni still manages to crush with it.

He ran a bruiser build, sporting a Blade of the Ruined King and Black Cleaver—a fairly popular build choice from Lucian’s brief time as a meta bot lane ADC in early 2017. This slightly tanky build with boosted on-hit damage enabled Huni to rip through the beefy Alistar and Jarvan IV on FlyQuest.

Beyond the smart build, though, is Lucian’s strengths against the current top lane meta. Gangplank, specifically, is one of the most popular picks both professionally and in solo queue thanks to the addition of Kleptomancy with the new rune system in November. Gangplank has very specific windows of power, those being when he has more than one barrel charge available to land a chain and when his Q is up to detonate them from range. Lucian can plow through that whole strategy.

For starters, Lucian’s rapid dash allows him to slide around the barrel combos easier than most other top lane champions. His cooldowns are also fairly low, which means any Gangplank can expect Lucian’s happy feet to come out in full force whenever he tries to land that lucky barrel.

Lucian’s damage is still pretty high, too, and although the meta says he can’t keep up in damage with most other ADCs in the bot lane, he’s actually on top in the relatively lower top lane damage pool. This is especially true when comparing to Gangplank, whose current build favors tankier health-based items like the Sterak’s Gage and Trinity Force, but no resistance stats at all to back it up. Because of that, a semi on-hit Lucian build with BotRK and Cleaver can just tear through it.

Gangplank’s early damage is also laughable, so every time he misses a barrel, he can expect to have trouble dealing with Lucian dashing forward to bring the pain.