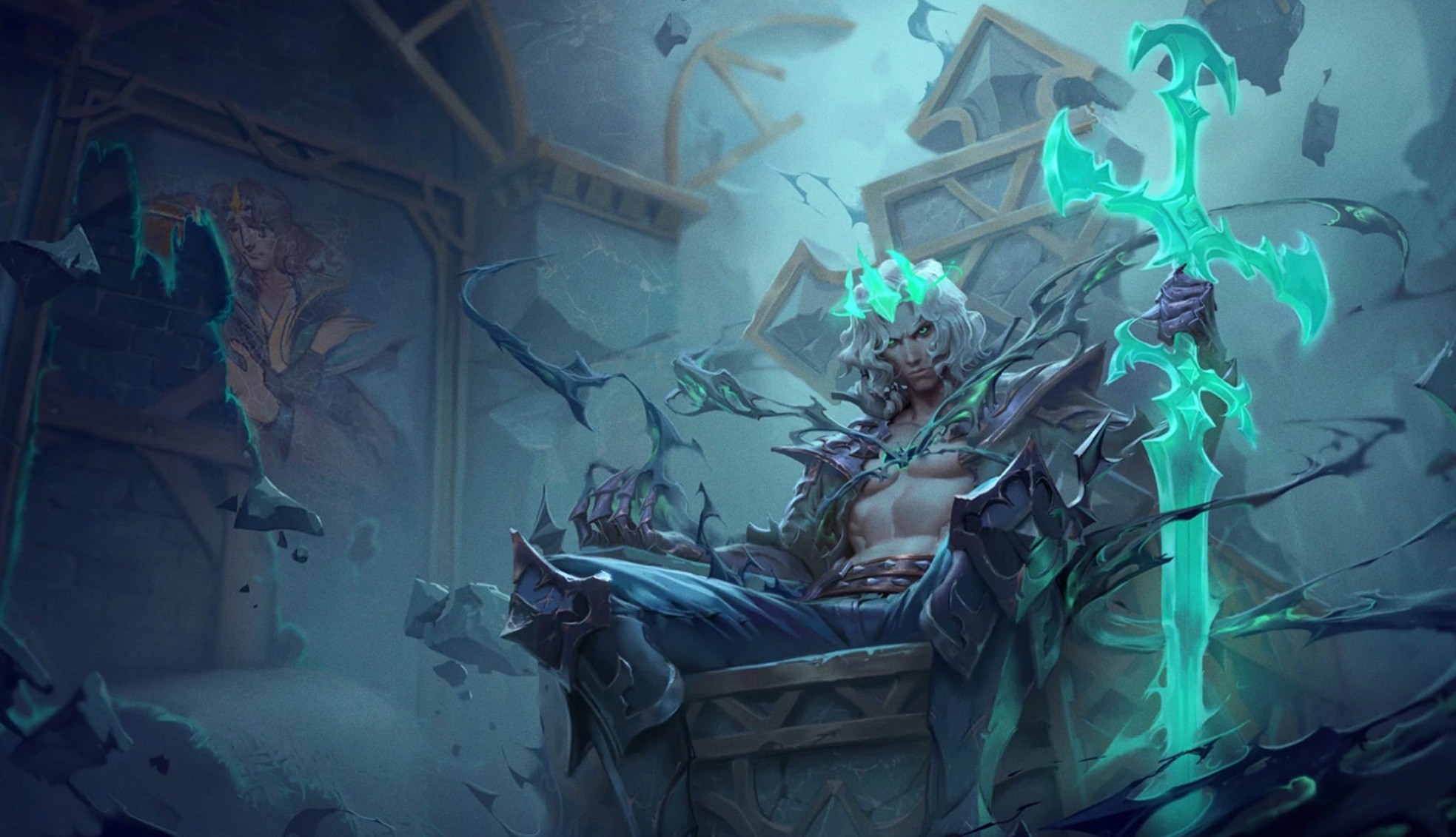 Riot teased upcoming League of Legends content today with a web puzzle featuring Viego. And it didn’t take long for it to be solved.

The League community quickly solved the riddle, posting their findings on Reddit today. After a few inputs, fans can view and download a Sentinels of Light wallpaper that likely hints at an upcoming event and champion.

Here’s how to solve the web puzzle.

The web puzzle likely teases an upcoming Ruination event that will run from July 8 to Aug. 10. The artwork is titled “Sentinels of Light,” which will likely be the event’s name. It’s unclear if this event will also extend to VALORANT, Legends of Runeterra, or Teamfight Tactics, but the logo for those titles is placed under the event’s dates.

The image also features what looks like new sentinel-themed skins and an upcoming champ. Savvy players even discovered a message when inspecting the page’s source code during the ruin countdown that reads: “To the Sentinels— In the event of my death, I appoint Akshan as my successor, to inherit my weapon and keep Shurima protected from the forces of undeath. May you one day find us, Shadya.” Akshan will potentially be League’s next champ who will fight Viego alongside Lucian, Senna, and the other sentinels, putting an end to the Ruined King story arc.

Riot has yet to confirm any of this information.