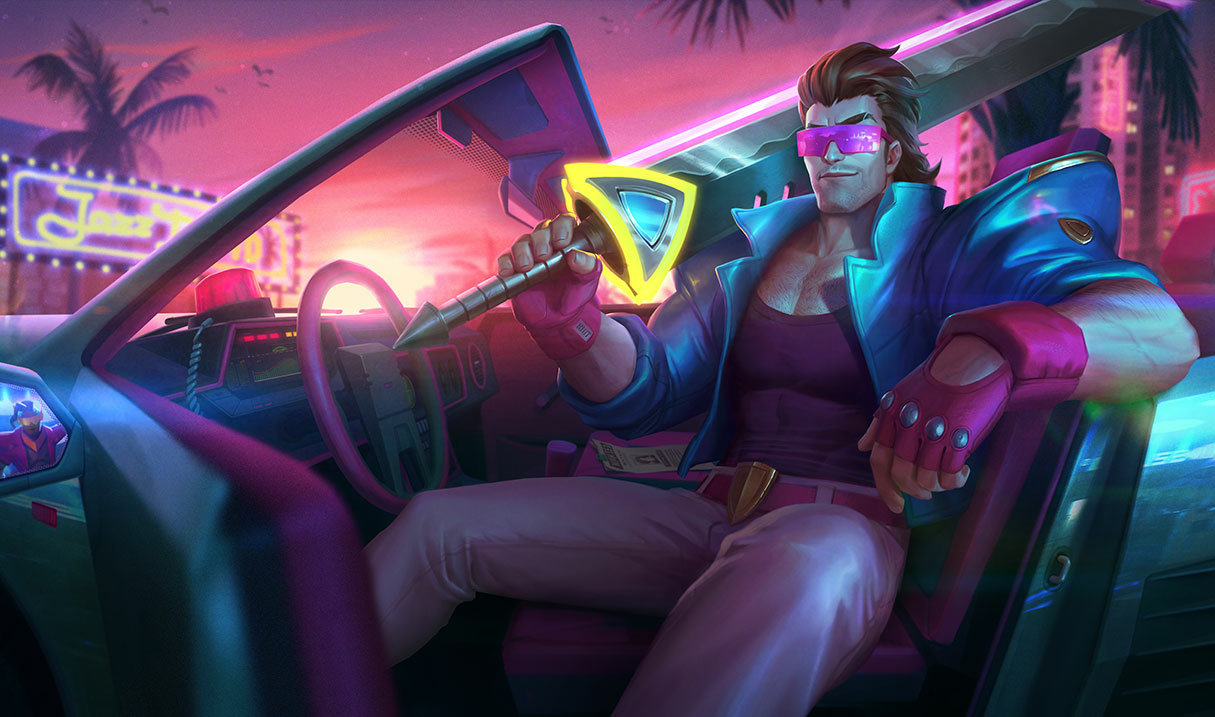 The summer of 2018 was known in League of Legends for the great ADC Armageddon. A massive update to marksmen was the biggest change to the game that entire year and it resulted in a huge shift in the bot lane meta.

Nobody felt that more than Fnatic’s legendary ADC Martin “Rekkles” Larsson. Despite being the team’s longtime rock and best player, he shockingly subbed himself out of the lineup because he couldn’t learn how to play other champions.

A year later, the tables have turned completely. Rekkles is now the mad scientist bringing out surprise bot lane picks. The latest is a Garen Yuumi lane that’s all the rage in Europe. It even got played in an LEC playoff match.

Just what exactly is going on this time?

At first glance, whatever happened to marksman champions resolved itself by Worlds of last year. But that’s not really true, because only two marksmen were really viable: Xayah and Kai’Sa.

And this summer, the only good ADC champs are still Xayah and Kai’Sa. It’s not hard to see why League’s newest markswomen are also the best at that role. Xayah has early lane control, her own CC, and has an ultimate that makes her untargetable. Kai’Sa is even dumber with multiple forms of mobility, a stealth mechanic, and an ultimate that lets her assassinate opposing carries in the backline. Oh, and she can build nearly any damage item in the game.

There are a few alternatives, like Varus and Sivir. But putting a skilled bot laner on Sivir is like putting up a Picasso in a school for the blind. It’s a tremendous waste of talent.

The funny thing is Rekkles has historically been a very strong Sivir player. When even he’s declining that champion, you know something is wrong.

So ADCs are bad, which opens up the bot lane to options. But why does that make Garen the superior choice? Certainly, there are better melee champions, like the Yasuo that you still see on rare occasions?

The answer is simple, really. No, that’s the answer: Garen is simple. He’s one of the most basic champions in the game. He runs at you with the extra movement speed granted by his Q, bashes in your face with his sword while silencing you, and then spins to win. That’s it.

Pair him with a Yuumi and there’s little an ADC can do. That combo has poke from the Yuumi, healing from both Yuumi and Garen’s passive, and a tremendous ability to run it down. With Yuumi ulting on top of him and his own innate tenacity and tankiness, Garen can tower dive with ease. Garen doesn’t need expensive items to pull that maneuver off and ADCs generally don’t have the tools to get out of such dives.

So far, the Garen Yuumi lane has worked best against short-ranged ADCs that want to pressure early, like Lucian. Lucian’s trading power is usually his calling card, but when Garen silences him and then spins on his head, there’s not much the Lucian can do.

After taking down the bot lane tower, Garen should keep running it down. Just rotate through all three lanes and tower dive whomever you see.

His runes are pretty flexible. Rekkles chose Grasp of the Undying, which is always popular for bruisers, but recently we’ve seen everything from Fleet Footwork to Predator. The only thing scarier than a fast Garen is a faster Garen.

You’ll want to end things quickly because eventually, ranged champions generally outscale Garen and he can be kited. Once an ADC reaches full build, they’re generally not afraid of him anymore. So while he’s a great fit for players with weaker mechanics, they do need a fine sense for how to move around the map to close out a game.

It also definitely helps to do this as part of a duo with the Yuumi player. The two champions need to be able to coordinate how they tower dive. And this lessens the chance that locking in Garen will cause someone else to dodge the lobby.

Garen and Yuumi are both fun champions that happen to be pretty strong together right now. But this combination can’t sit well with Riot Games—it’s a little too oddball for the company—so enjoy it while it lasts.