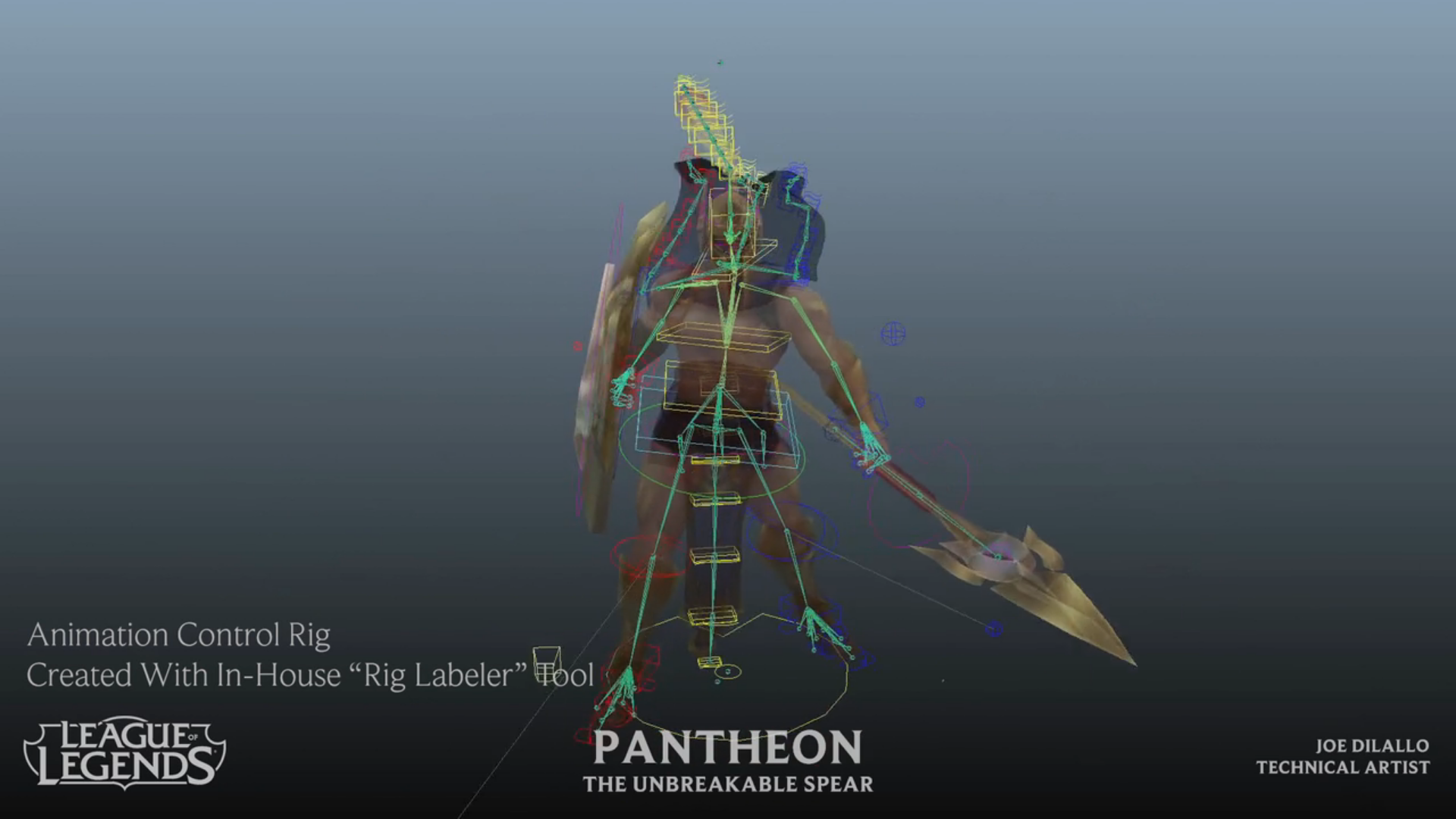 Animations are one of the most visible aspects of a League of Legends champion. The movement players feel and see in-game defines a character’s personality, but what goes into creating the perfect animation? Today, Riot Games gave fans a deeper look at the third step in its character creation process.

After going through the concept art and character art phases, Riot sends its champions to the animation and Tech Art teams. The two work side-by-side to breathe life into League’s characters. While the animators are tasked with creating unique, yet defined movements, the technical artists create the skeletons which make movement possible. During the animation process, each champion will face its own challenges in creating movement that defines how they play and enforces personality traits.

Beginning with the Pantheon rework, Riot explained that updating a champion creates the issues of building upon traits while retaining characteristics that define them. In the case of Patheon, Riot identified his key traits as being a sturdy warrior who uses his spear and shield to combat enemies. Additionally, Riot wanted to build upon and showcase his resilience as a soldier. In the end, the animations put together were to help Pantheon feel heavier and stronger while enforcing his position as a champion of the gods.

In regards to new champions like Senna and Aphelios, Riot noted it’s about exploring movement for a unique experience. Essentially, there’s no limit for unique champions, but they are still restrained by design and personality limitations. For both Senna and Aphelios, some animation challenges were rooted in their weapons.

Senna uses a massive weapon that is practically twice her size. In order to accurately display Senna’s character, her weapon had to feel heavy, but effortless. As for Aphelios, the challenge was figuring out how to fluidly swap between each of his weapons, especially considering his entire stance changes depending on what weapon he’s wielding.

Riot followed up by providing several animation clips. Unlike animations that are seen in-game, the inner workings of how a champion moves are rarely ever seen. But Riot opened up on this process and included a few rigging videos that show the joints inside a champion that make it possible for animators to animate these characters.

Riot’s dive into animation has been a part of its end of year Art Blast on Artstation. The company’s goal is to take League fans through the steps of creating a champion by releasing a new step each day. The first two days featured concept art and champion art, respectively. Tomorrow, Riot will continue to pull the proverbial curtain back on VFX, followed by a pre-season reveal on Friday, Dec. 20.