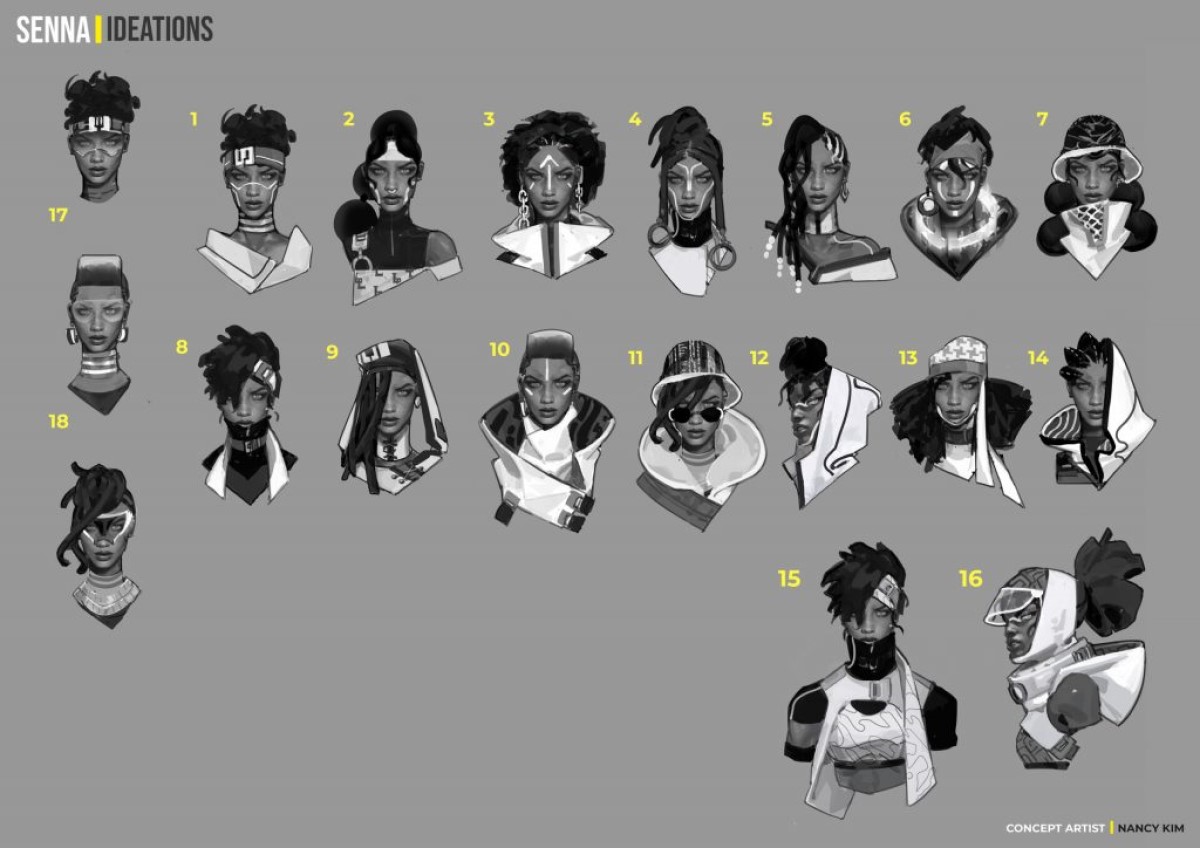 As part of Riot Games’ end-of-the-year Art Blast, the company is showcasing its step-by-step character development process of Pantheon, Senna, and Aphelios on Artstation.

Beginning with concept art, Riot is releasing a new step in its process each day this week along with images and context.

In Riot’s concept art and illustration reveal, the company said it “always strives for resonating with different types of audiences.” It realizes not every champion will suit every single player, so Riot begins its process by understanding what type of player a particular champion will attract. Riot further breaks down the initial stage by explaining three major challenges the concept team can face when developing a new character.

There are three major challenges the concept team faces when developing a new character. The first comes with identifying new visual features the team can add to a champion while still relating back to the target audience.

Following visuals, there could be a variety of technical challenges Riot’s art teams may encounter, especially considering champion design is a collaboration between multiple departments including 3D, animation, VFX, and riggers. Lastly, there is an underlying goal to take existing archetypes and put a uniquely League spin on them.

Riot followed up with a gallery of concept art for Pantheon, Senna, and Aphelios. Each includes various early forms of each champion. Details like weapon design are played with along with clothing and poses. Senna, in particular, shows 17 different designs for what appears to be her True Damage skin. Ideas for Pantheon and Senna’s skills are included as well.

Day two of the Art Blast was a dive into character art where Riot explained that its focus for these three champions was to “deliver visually unique champions that would meet the standards of our current cast of characters, while carving out their own unique pieces of the League universe.”

For Pantheon, the team found it challenging to update his already solidified archetype. The goal was to retain Pantheon’s essential aesthetics while giving him a make-over that suits League’s current style.

The creation of Senna faced a similar problem. Though she recently released, fans have known and likely have an image of who Senna is since Lucian’s debut. The Riot artists had to tackle displaying that familiarity in her design while still presenting a stand-alone champion. As for Aphelios, the challenge was to make him easily recognizable despite the various silhouettes due to his multiple weapon changes.

Riot has released several Art Blasts this year, including a behind-the-scenes look at Sylas and  Morgana and Kayle’s rework. The current, however, has been the only multi-day event that delves deep into Riot’s character development process. Tomorrow, the process will continue with animation. On Dec. 19 and 20, Riot will discuss VFX and have a pre-season reveal, respectively.