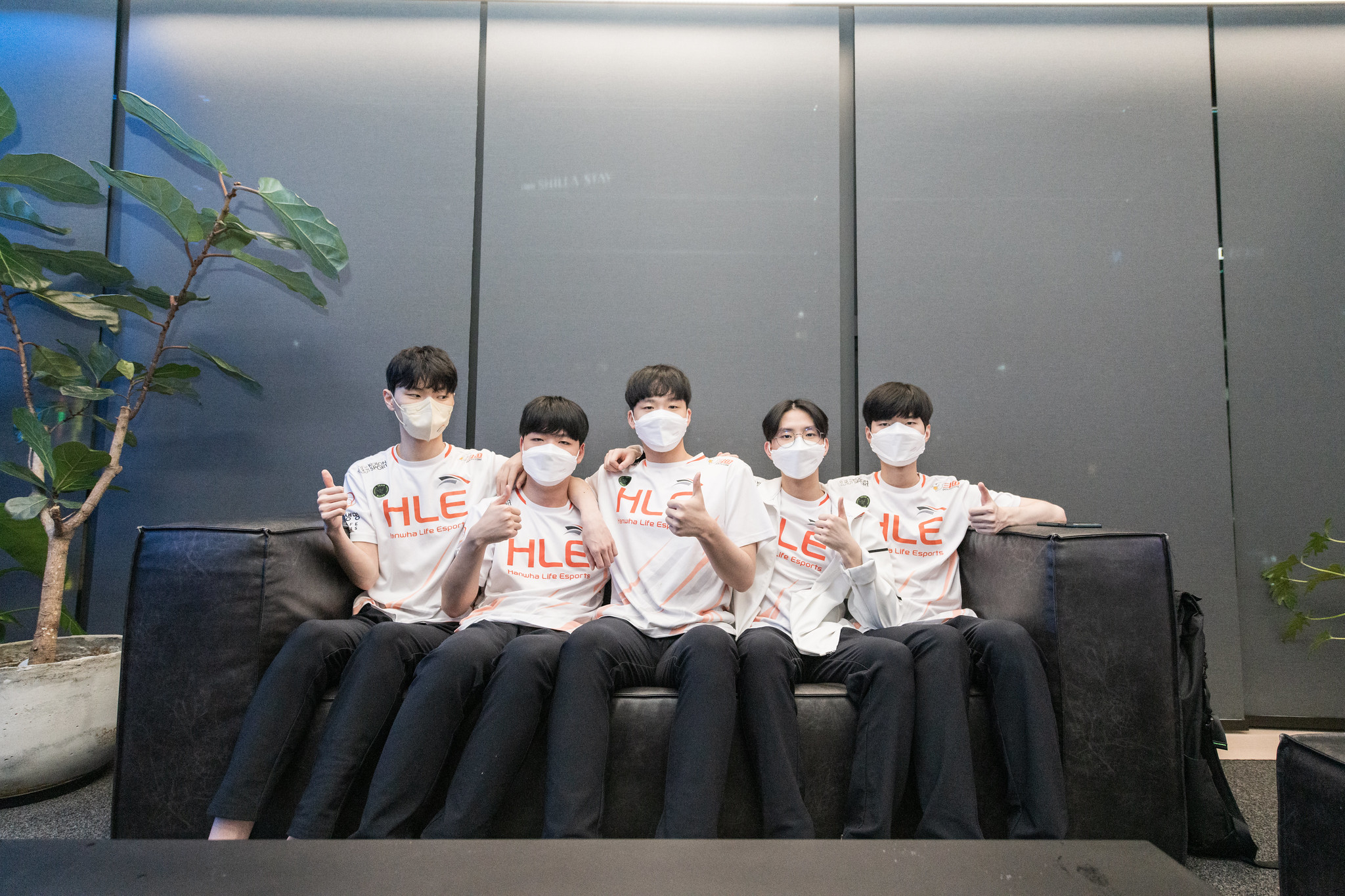 Hanwha Life Esports earned the LCK’s last spot in the 2021 League of Legends World Championship today by sweeping Nongshim RedForce in the second round of the Regional Finals.

Despite heavily struggling during the summer, HLE still showed flashes of greatness at times throughout the season. And after a game one today where the players had a slow playstyle during the early and mid game before accelerating their way to victory in the late game, both of the next ones were clearly one-sided.

NS, on the other hand, didn’t show as much proactivity as before in this last-chance series, falling short of expectations. While HLE earned mitigated results in the summer, NS had shown some impressive progression throughout the split, including in the playoffs where they upset Afreeca Freecs in the quarterfinals.

NS couldn’t translate that into success in their series against HLE, though. Their opponents took control of the map in the early game and NS didn’t succeed in taking it back, letting HLE snowball their way to victory.

Bot laner Deft and mid laner Chovy, the veterans of HLE, led the team in damage in every game. Each time they got the edge, they couldn’t be stopped by their opponents. This Worlds qualification will mark Chovy’s third participation in a row and Deft’s fifth appearance in his career, which means high expectations are going to weigh on the veterans’ shoulders to lead their team to victory at the prestigious tournament.

Those expectations are far from matching those on the other LCK representatives at Worlds, however. HLE ended the summer in seventh place, which made them an underdog for Worlds qualification. The championship points they earned due to their strong results in the spring awarded them a chance to qualify through the Regional Finals. And there, despite losing to both NS and SB in the summer, they turned things around to earn a spot at Worlds.

While NS’ journey in the 2021 season ends with this loss, HLE still have to fight for a spot in the 2021 World Championship main event instead of going through the play-in stage. Their fate will be decided tomorrow, Sept. 2, at 3am CT when they’ll face off against T1.