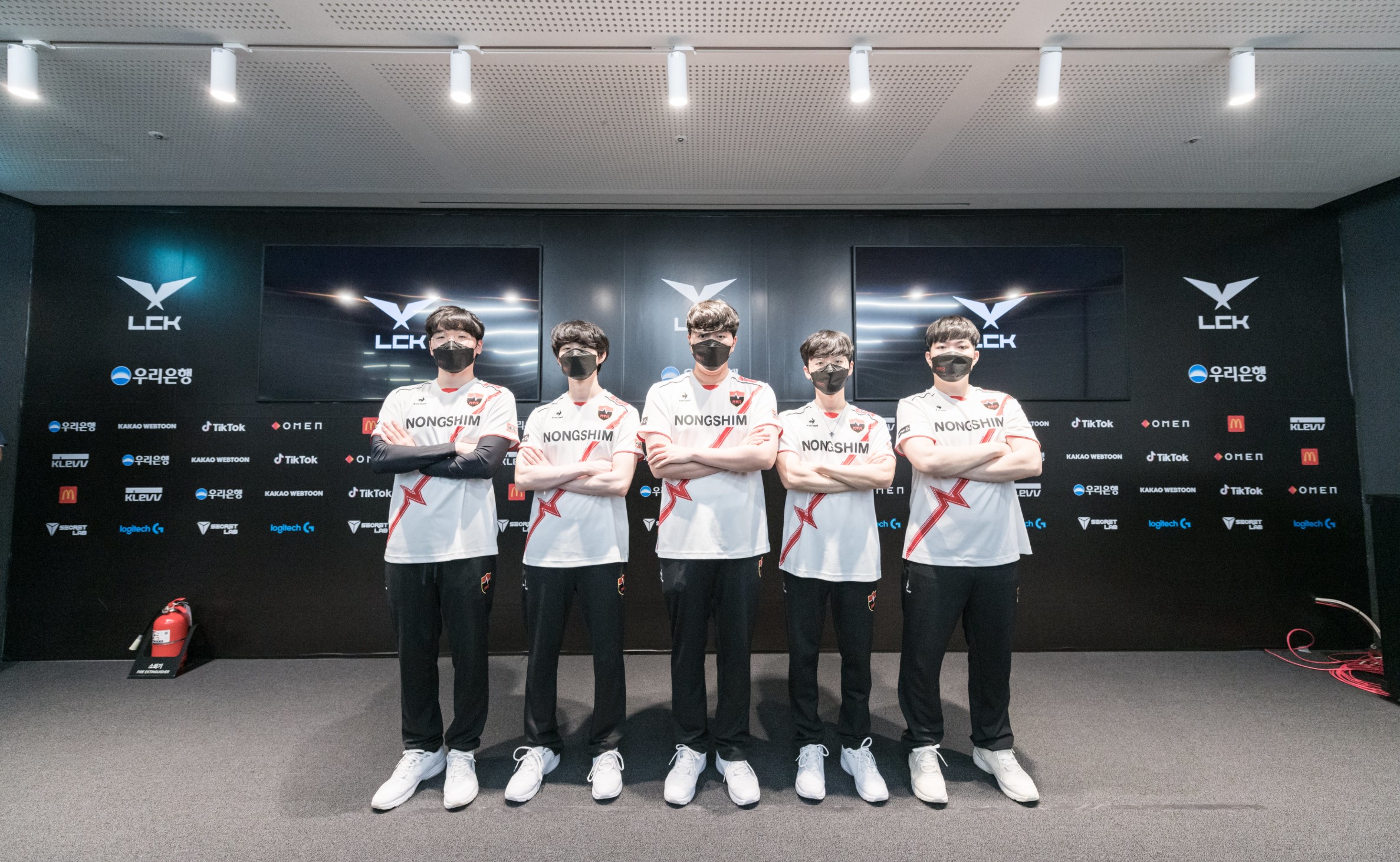 Nongshim RedForce took down Afreeca Freecs in a 3-1 series in the first round of the 2021 LCK Summer Split playoffs.

Going into this series, NS was highly favored considering their performance throughout the regular season. But AFS managed to surprise everyone with a first game upset, before NS bounced back and picked up the following three games to secure today’s series and advance into the next round of playoffs.

The MVP votes were picked up by the carries of NS today. Mid laner Gori picked up a vote after a spectacular Sett performance in the last match, securing early leads in the laning phase and then providing a good frontline in teamfights. AD carry deokdam picked up two votes after demolishing his opponents in the bottom lane with two different picks, once with Aphelios and once with Kai’Sa.

The series was bloody and the first match opened up with 33 kills in a 33-minute game. AFS picked up most early game wins and snowballed out of control with Kiin on Viego leading his team in fights. The star top laner demolished the opposition and forced a Viego ban by his opponents in the next matches.

Going into the second match, AFS maintained an aggressive playstyle and picked up a huge early game lead which grew to more than five thousand gold by 20 minutes. But a series of overaggressive plays threw it away. NS quickly capitalized with a successful Baron play and equalized the series.

In the next match, NS built a similar composition, playing safer early on and capitalizing on their power spikes. Once they controlled the mid-game with a gold and experience advantage, they started grouping up to dominate their opponents with their superior engage-heavy composition.

The last match was the best showing from NS, who played to their strong regular season form. They went for a safe style, settling for small, early kills and avoided risky plays. After picking up an advantage in the lanes, they funneled resources into picking up the dragons. After securing the Ocean Dragon Soul, NS demolished their opponents in the next teamfights and secured the series win.

NS’s next opponent will be either DWG KIA or Gen.G. Since DK finished first in the regular season, they’ve qualified straight into the semifinals and have the privilege to choose their opponent from the quarterfinals. The 2021 LCK Summer Split playoffs continue tomorrow with Liiv SANDBOX taking on T1 at 3am CT.