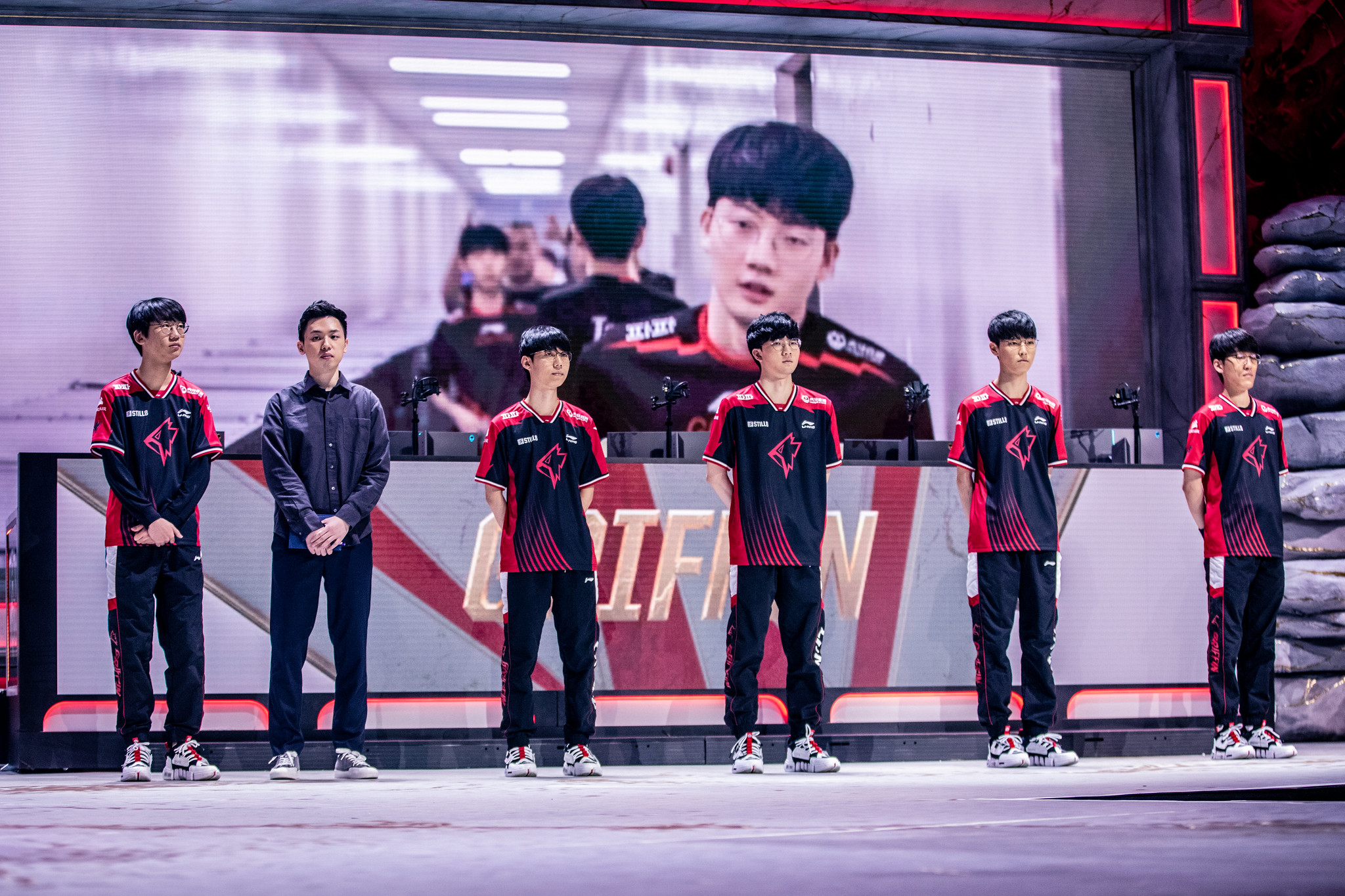 Most League of Legends fans thought the free agency period in Korea had already died down, but Team Griffin’s parent company Still8 has added some fuel to the fire by ending the contracts of its League team. As a result, every Griffin player is now a free agent.

Still8, Griffin’s parent company, said that it will cancel all of the players’ contracts and they can either sign a revised contract or enter free agency. The company apologized for the unfair contracts it gave the players and, shortly after, announced the departure of Jeong “Chovy” Ji-hoon, Son “Lehends” Si-woo, and Choi “Doran” Hyeon-joon.

Although Griffin were one of the best performing teams over the past year, their experiences with the organization seemingly weren’t the best. Aside from any contract issues, several players also said that former coach Kim “cvMax” Dae-ho physically and verbally abused them. By becoming free agents, they all have a chance to start fresh and find a new team to call home.

Griffin’s players have all proven to be some of the best in the world. Most of them will be able to find a new team quite easily. This roster finished first in back-to-back seasons this year, even though they lost in the finals to SKT both splits.

Chovy, for example, is 18 years old and blossoming into a star mid laner. Whichever team picks him up has to be careful with how they help grow his potential. The same goes for most of this young roster, since they too will need to adjust to a new team environment.

League fans should prepare for some big news in the coming week because a handful of the hottest free agents have just hit the market.