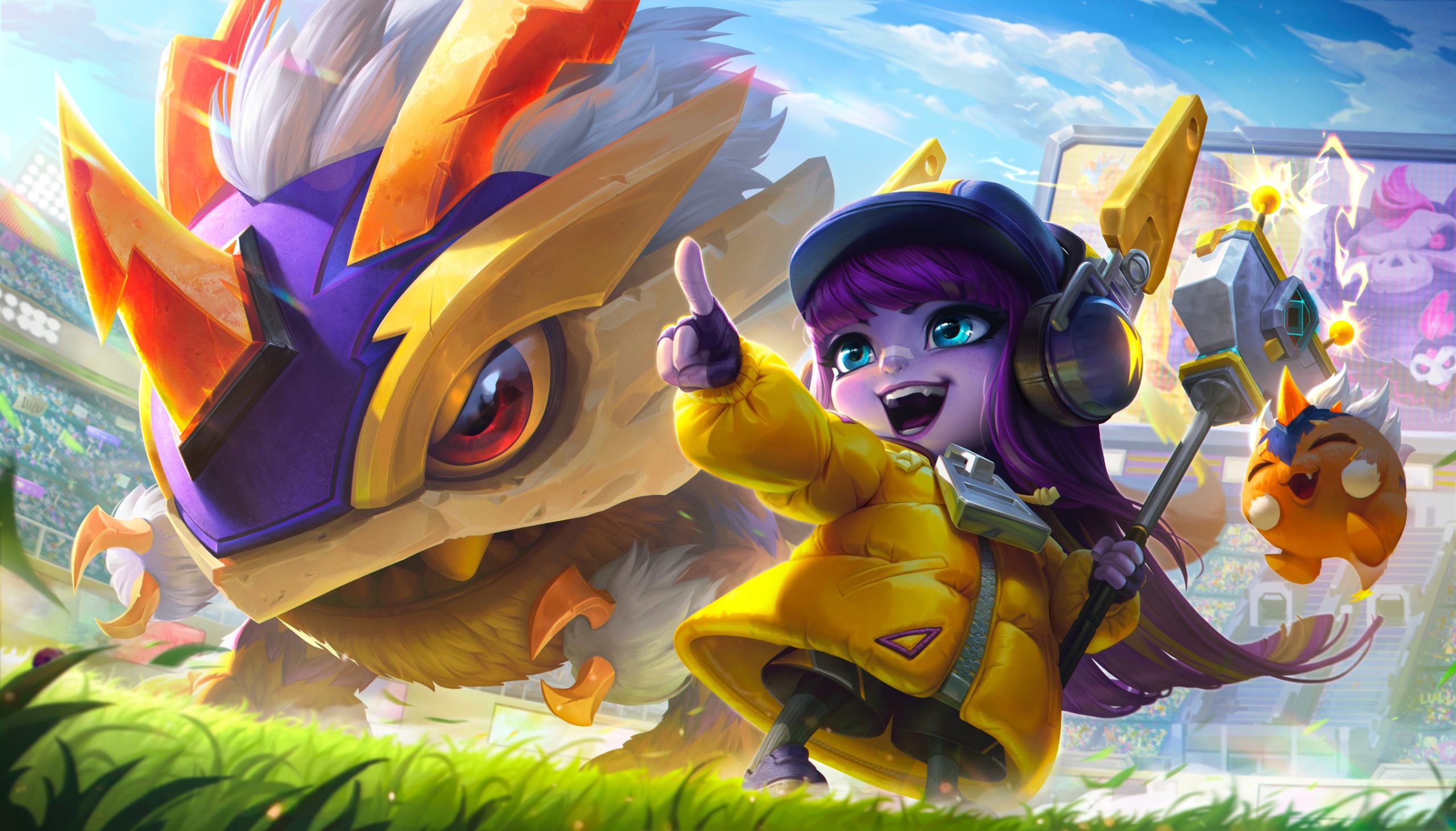 At the start of last year, Riot Games teased fans with hints of future skin lines for League of Legends, including a familiar-looking set called Monster Tamers. This homage to a certain popular anime and video game title is finally making its way to Summoner’s Rift and will be taking over the MOBA very soon.

The new Monster Tamer skins feature new looks for Veigar, Kog’Maw, and Lulu, and have elements clearly taken from the popular anime and title, Pokémon. The skins should be hitting League‘s PBE server soon for testing, so fans can give their feedback.

Veigar is the first champion featured in the teaser video, with the tiny-yet-evil yordle sporting a dark purple outfit with a new skull mask to boot. That same skull design is featured on a handful of his abilities, including the Q animation and W impact. His well-known Event Horizon has five towers spawn around in a circle, with Veigar’s minions sitting atop them. His little minions are reminiscent of Duskull, a Ghost-type Pokémon with a similar skull mask and hoodie.

Kog’Maw, on the other hand, is an homage to the popular Electric-type Pokémon that have captured the hearts of fans everywhere. Normally a putrid Voidborne creature, the Mouth of the Abyss has been transformed into a cute, quirky monster that zaps its opponents with a collection of abilities. With bright yellow skin and ruffled white fur on its neck, Kog’Maw meets a bunch of baby versions of himself in his adorable recall animation.

Lastly, Lulu jumps into the fray as a classic trainer set on exploring the Rift while flanked by her own monster, who hovers over her shoulder as her loyal companion. She is covered from head-to-toe in a yellow outfit, along with electric symbols and icons, which could mean she’s either an electric-type aficionado or Runeterra’s version of a gym leader.

This skin line has a ton of potential, since the developers can explore a multitude of different monster types they can apply to their own collection of champions. Keep an eye out for this new set to hit the PBE very soon.