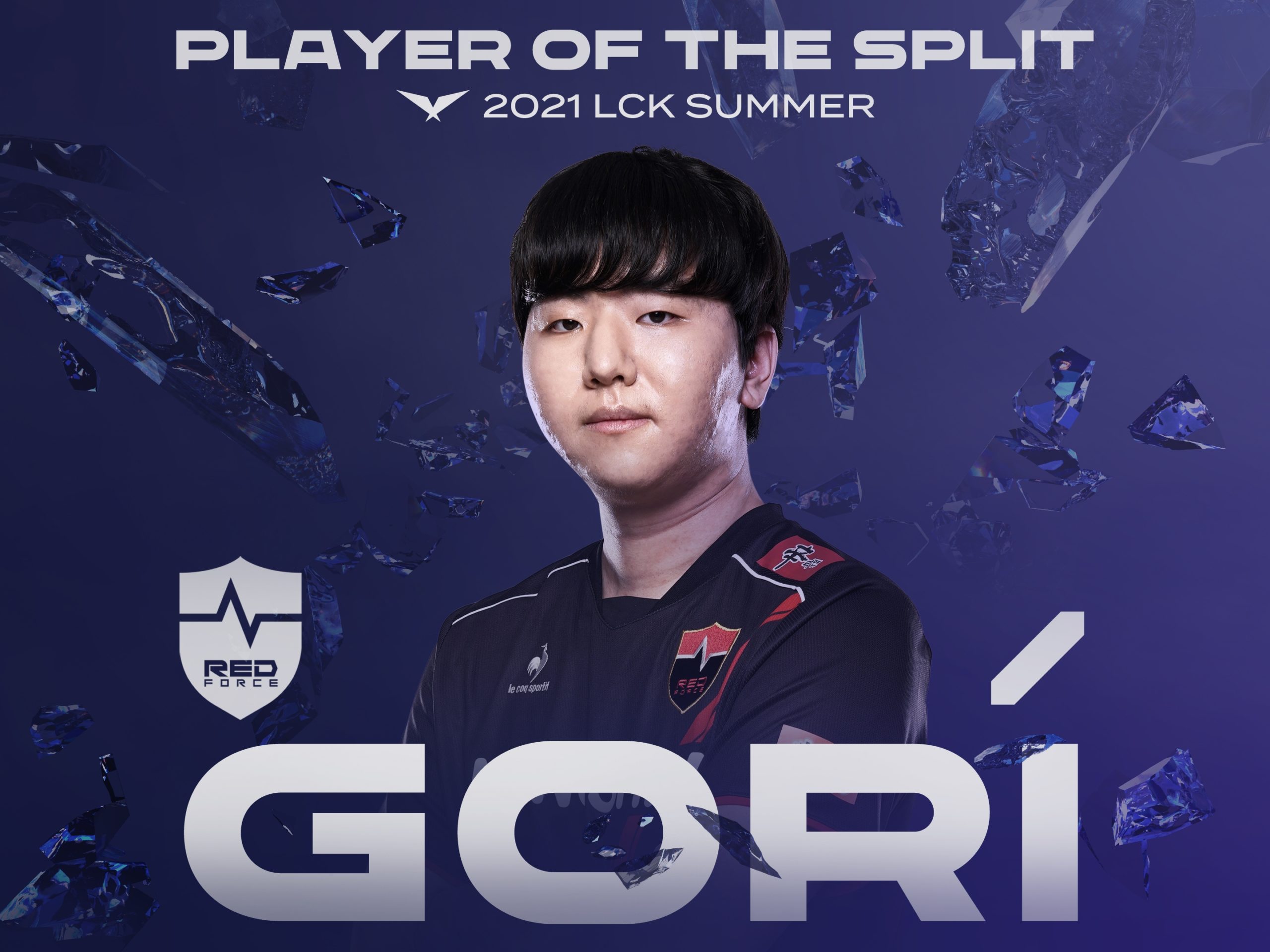 LCK unveiled the awards for the 2021 LCK Summer Split regular season early today. Nongshim RedForce’s Gori has won the Player of the Split award after accumulating 1,100 points over the season.

He was closely trailed by DK’s Canyon with 1,000 points, and Chovy, Faker, Kiin, and Lava with 900 points. Gori, alongside his teammates and coach, had a great turnaround after a sixth-place finish in the Spring Split. The coach sBS was close to picking up the Best Coach award with 130 points, but was overtaken by DK’s kkOma with 152 points.

Gori had lackluster laning phases throughout the split, falling behind in creeps 70 percent of the time, with 11 creeps behind on average at 15 minutes, which translates to having 408 less gold and 250 less experience. However, he made it up with strong teamfighting and split push presence.

Statwise compared to other mid laners in the league, Gori doesn’t lead in any stats, finding himself in the middle of the pack with stats such as KDA, average assists, average CS, damage share of the team’s total. He sacrifices his stats to lead his team to victories and doesn’t sit in the backline to pick up killing blows. One of the most notable examples is one of his most picked champions, Ryze, with whom he has a 100 percent win rate out of five games. He usually goes into melee range to get rid of the priority targets, rather than wait in the backline and attempt to take down beefy fighters.

Playoff rivals DK had a strong start to the year, winning the 2021 LCK Spring Split and going into the MSI as the LCK representative. They had a great showing there, reaching the finals, but fell to LPL’s representative in the finals—Royal Never Give Up. After coming back from the first international tournament of the year, they started losing games left and right, forcing kOma to make decisions that were met with confusion by the community, such as multiple role swaps to try to improve their standings. While the experiment didn’t work out at the start, the results came once players went to their main roles, looking much more determined to pick up another LCK title.

DK climbed the rankings in the last weeks steadily and showed great preparation for their opponents, banning away key picks that were important in their opponents’ victories, alongside showing great flexibility in the draft. KkOma wasn’t afraid to experiment with his team in the middle of the season and managed to help them reach first place in the regular season, earning the Best Coach award for this split.

NS and DK have both qualified for the upcoming 2021 LCK Summer Split playoffs following their strong regular season. You can tune in tomorrow to catch the first round of playoffs, with a match between NS and Afreeca Freecs at 3am CT.