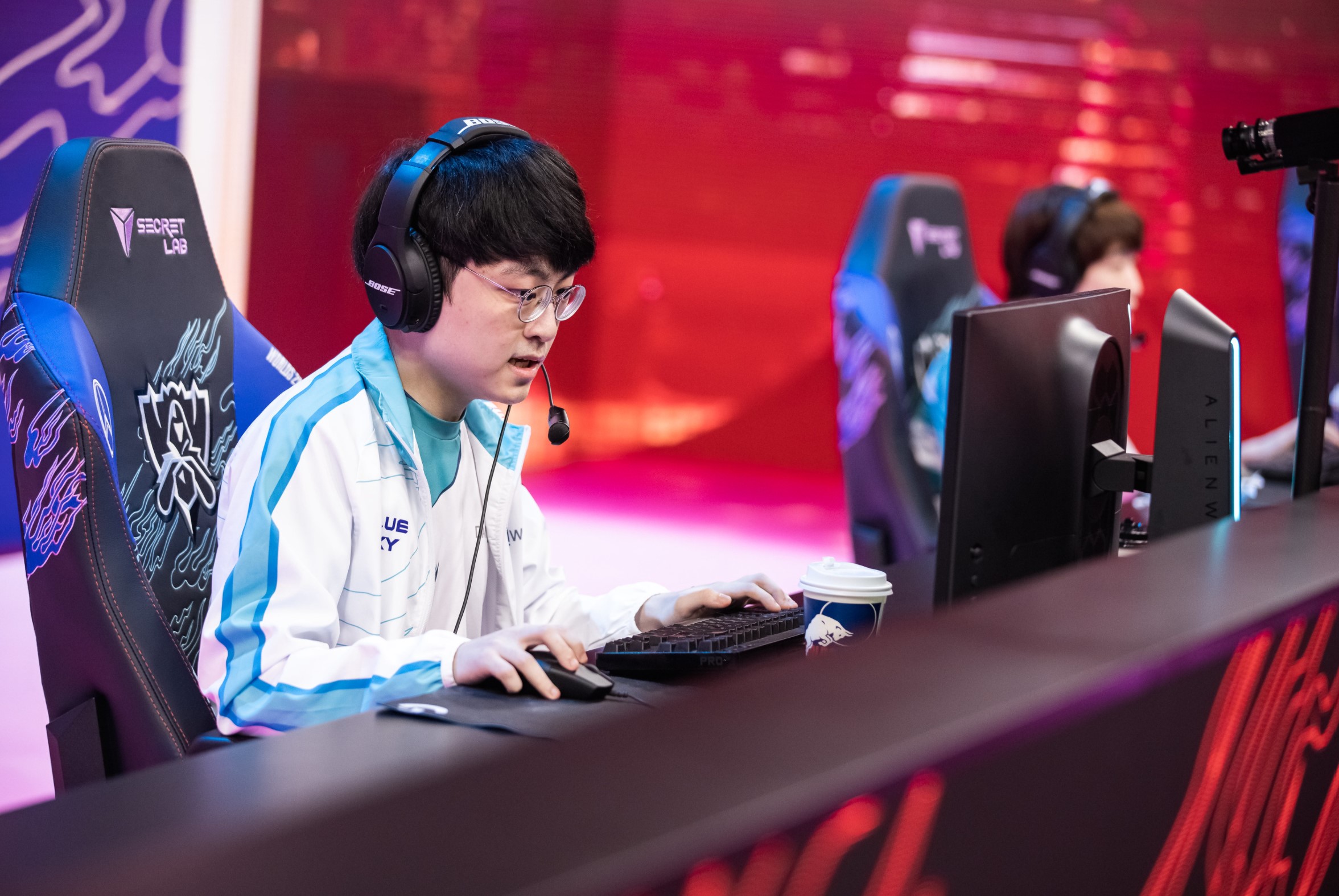 DWG KIA and Gen.G have been at each other’s throats throughout the entirety of the 2021 LCK season. The two League of Legends teams have been racing for the top spot in the league since January, but it wasn’t until recently that DWG locked up the overall top seed in Korea.

By all accounts and measures, DWG are the better team coming into this weekend’s final series of the Spring Split. The team finished one win shy of the all-time LCK win record (which was set by SK Telecom T1 in 2015), its players took up three spots on the league’s first All-Pro team, and somehow the squad looks even stronger than it did during last year’s World Championship-winning run. In their current form, DWG KIA look like a shoe-in to repeat for the Summoner’s Cup.

But Gen.G won’t sit idly by while DWG blaze a trail through Korea. In fact, no team has challenged DWG KIA to the extent that Gen.G have. The last time these two teams met, Gen.G eked out a 2-1 series win over DWG, making them just one of two teams to beat the defending champs—the other being Fredit BRION. And throughout the majority of the Spring Split, Gen.G remained in contention for first place. While their win at the back-end of the regular split was essentially meaningless when it came to the final LCK spring standings, it was a statement victory nonetheless.

Although Gen.G were within striking distance of DWG the entire split, they didn’t have the chance to actually strike until the stakes were low. Now that the stakes are higher than ever and a trip to the Mid-Season Invitational is on the line, Gen.G have the chance to prove they’re worthy of representing Korea on the international stage as well as the region’s undisputed best team.

But no matter which team steps out of Korea on top, they’re going to do it because of their immense talent. You’d be hard pressed to look around the league and find any two teams that have more combined talent than DWG and Gen.G. When these two squads step on the stage, the 10 names that fill their respective lineups are stacked to the brim with LCK all-timers.

Up and down the Rift, eye-catching matchups will be aplenty come Saturday. Whether you’re looking at Clid and Canyon duke it out in the jungle, or peering into the bottom lane to see Ghost and Ruler go head-to-head, there’s almost always going to be a household name on your screen facing off against another.

But no two respective players stand out more than ShowMaker and Bdd. The two mid laners have been playing with purpose all season, and so far through the playoffs, they’ve both been on an absolute tear. The best player from the Spring Split and the Spring Playoffs will be facing off against each other in the mid lane on Saturday, setting up a surefire collision course.

ShowMaker posted a 6.6 KDA this spring, the highest mark among all players in the LCK, according to League of Legends stats site gol.gg. And while other names have been tossed into the discussion surrounding the MVP race, ShowMaker is looking more and more like a confidence pick to win the award outright.

Across from him, though, Bdd has seemingly woken up and is providing a sudden spark of life to a Gen.G team that completely steamrolled T1 last weekend. In that series against a red-hot T1, Bdd shut down Faker, invoking flashbacks of his time on Kingzone DragonX back in 2018. During that series, Bdd posted a scoreline of 8/2/19, good enough for a kill participation of 81 percent. For comparison’s sake, that’s 17 percent higher than his KP mark during the Spring Split, according to gol.gg.

Thus far through the playoffs, Bdd has been an unstoppable force all over the map. If DWG are going to find success against him and Gen.G, ShowMaker will have to do everything he can to keep Bdd in the mid lane—or better yet, in the fountain with a black-and-white screen.

Regardless of who shines in the series, though, the victor will undoubtedly find success waiting for them on the other side of the world. Whether it’s Gen.G or DWG that’ll be heading to Iceland next month, be sure to expect some Korean dominance down the line.

It’s hard to imagine teams from other regions looking as strong as these two squads have thus far, as intra-league rivalries and races haven’t necessarily challenged the caliber of play we’ve seen between Gen.G and DWG. Perhaps only RNG and EDG in the LPL hold a candle, but with how discombobulated the Chinese scene has looked as of late, it’s tough to imagine an LPL team finding itself in the driver’s seat against one of these LCK titans.

The same goes for Western teams, for that matter. No North American team has beaten a Korean team in a best-of-five series in nearly three years, and Europe’s scene has looked backwards the last two weeks, with the region’s “superteam” in G2 Esports faltering in what should be easily winnable series.

Case in point, both Gen.G and DWG should be looking around the world right now and breathing sighs of relief heading into MSI. The toughest matchup that either of those teams might face could come on the LCK stage this Saturday.

If DWG want to prove they’re capable of going back-to-back on the international stage, they’ll first have to get through the one team that’s been a thorn in their side all season. And if Gen.G are going to embark on a journey towards proving the whole world wrong, they’ll have to start that quest this weekend by toppling the highest mountain of them all.