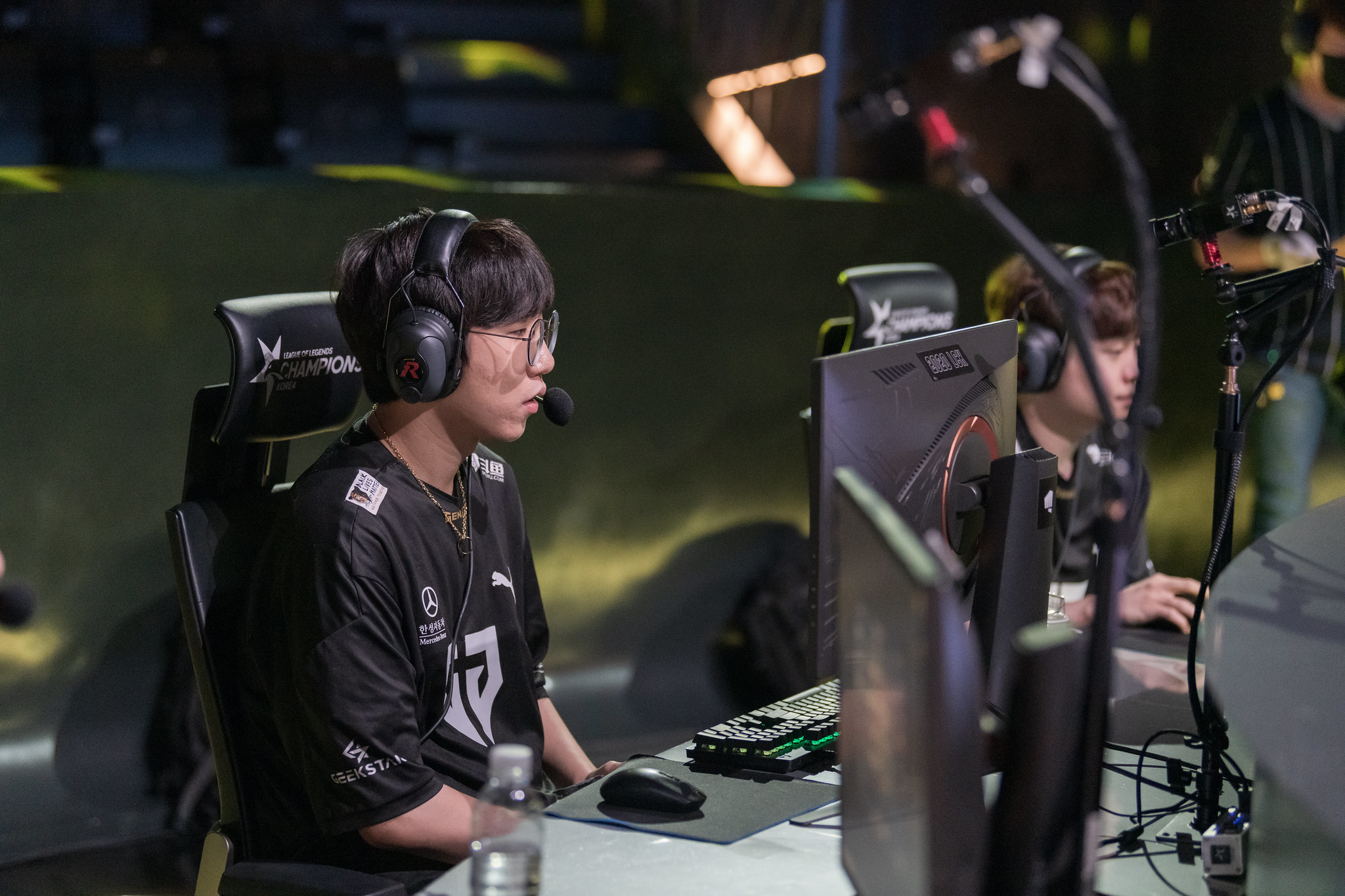 In one of the most anticipated match-ups of this week, Gen.G stepped up to become the second team to achieve a series win against DWG KIA.

The series was intense and featured amazing plays from both teams, but Gen.G looked much more prepared for DK’s tactics than the other way round. While some teams are exploring the latest powerful champions in the meta, DK seems to be going for comfort picks, which might become a problem in their playoff run. If more teams will start picking champions to counter DK’s traditional composition, they could find themselves in a pickle to get the Spring title.

The MVP votes were picked up by Ruler and Life today. Bot laner Ruler had a superb series, winning both games in which they played the Jinx and Thresh combination. While other supports look to always pick either Alistar or Rell for their amazing engage, Life took a more supportive approach today to ensure that he has both engage and disengage tools for his World Champion partner.

The first game of the series opened up with a statement game from Ruler. His Jinx pick was perfect into DK’s composition, snowballing from the get-go and helping his team get crucial teamfight wins. With Life supporting him on Thresh, he became untouchable to DK members and rolled over them through the entire game, securing the first win of the series.

In the second game, the reigning world champions stepped it up and traded blow for blow early on. They didn’t let Gen.G have free roam potential like in the first game and shut their opponents down with calculated maneuvers. After slowly building up a lead, DK pushed their opponents into their base and equalized the series in 27 minutes.

With both Jinx and Thresh open in the third game, Gen.G built a composition around them, which had helped them win the opening match. Ruler was once again a huge factor during the laning phase, exerting a lot of pressure alongside Life. With both of them snowballing, they took over the rest of the map and secured today’s win.

Following this victory, Gen.G (11-5) remains in second place in the 2021 LCK Spring Split standings. Both teams are locked in for the playoffs and with only a couple of matches remaining, it’s unlikely that DK’s position will change. However, Gen.G might be dethroned by the closely trailing Hanwha Life Esports (10-5). Gen.G have two remaining matches against KT Rolster and DRX.