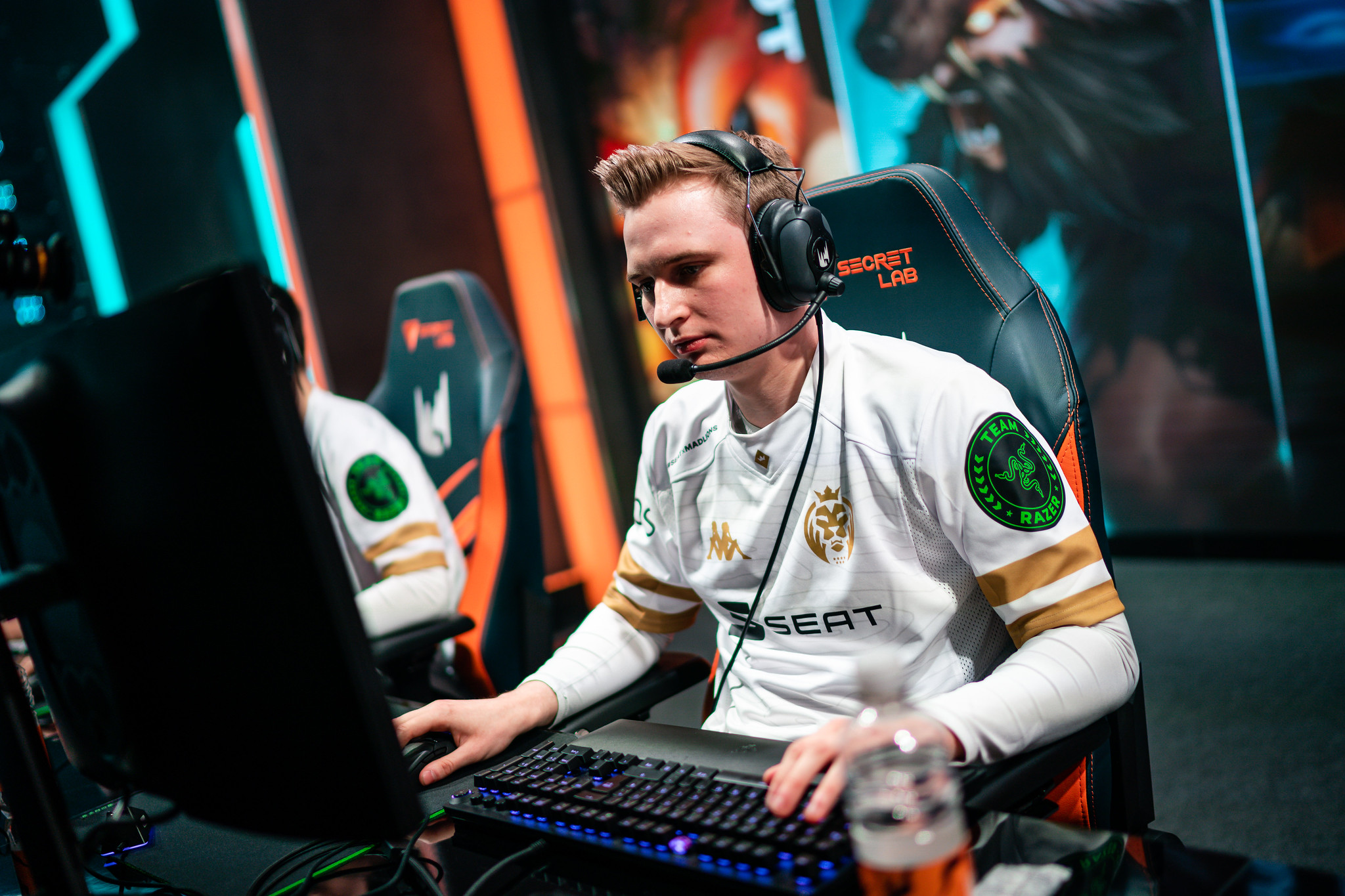 MAD Lions continue to impress everyone in the European League of Legends community, taking down G2 Esports with a dominant performance in a 3-1 LEC Spring Playoffs series today.

Today’s showdown featured great drafts from both teams. But in the end MAD came out ahead with a better individual performance. They capitalized on G2’s overaggressive playstyle and picked up early-game kills, which helped them snowball to multiple victories.

Kaiser earned the Player of the Series award today, playing three different engage supports throughout the series. His decisive initiations helped MAD Lions win multiple teamfights, even when they were outnumbered.

The series started with a huge surprise draft from G2. For Rekkles, the team picked Karma, a utility-oriented bot laner to support Caps’ Tristana in the mid lane. While G2 secured a 5,000-gold lead in the mid-game, MAD stabilized the game and slowly climbed back. With no answer to the opposing Jinx, G2 fell one after another, losing the first game of the series.

After the first-game loss, G2 ran back the Karma for Rekkles once again. To the surprise of none, MAD Lions had prepared for it, having a much more dominant performance compared to the first game and putting the series at match point.

The lack of of a secondary carry put G2 in a dire spot. For the third game, they finally gave Rekkles an ADC pick. With the superstar bottom laner on Kai’Sa, G2 found their first win of the series in 31 minutes.

In the fourth game, MAD Lions took Orianna as a first-pick, which turned out to be the catalyst needed for them to close out the series. Humanoid popped off on the champion, and with the help of Armut’s Gnar, landed decisive combos to destroy G2.

Following this victory, MAD Lions qualified for the LEC finals for the first time in the organization’s history. After a lackluster finish to the 2020 competitive season, they changed their top laner and jungler. With a good core in mid and the bottom lane, the team looked much stronger this split. While they weren’t seen as a huge threat at the start of the season, they quickly became one once they found their synergy.

The LEC playoffs continue tomorrow, April 4, with Schalke 04 taking on Rogue at 10am CT.