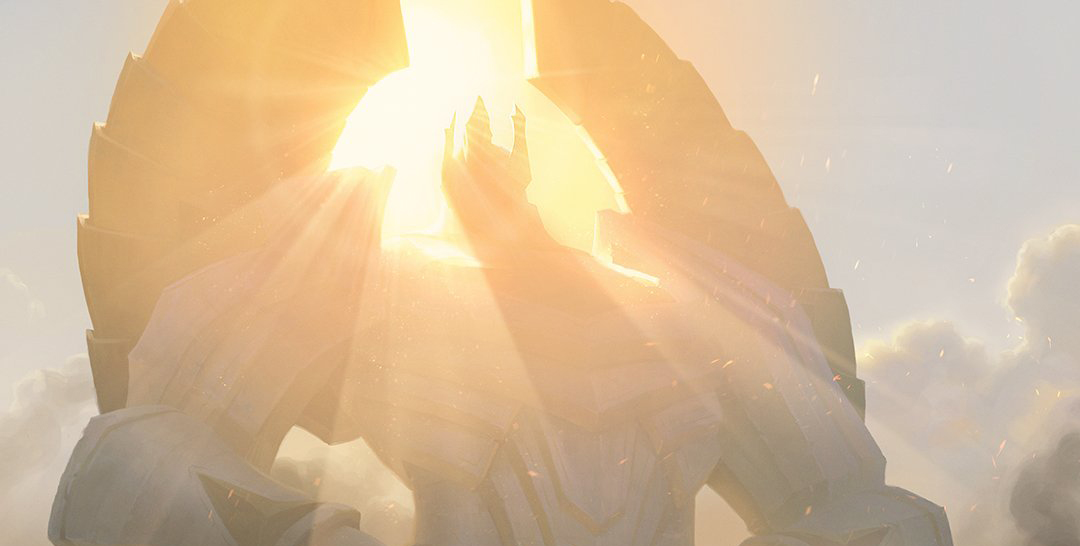 Galio’s visual makeover has officially been revealed by Riot via its social media pages.

Gone are the days of a pixelated, ugly blueish-grey gargoyle with oversized teeth and of poorly animated wind shooting out of his face.

Say good-bye to to the outdated mess of a champion that is the Sentinel’s Sorrow.

And say hello to the new Galio! Galio’s new look was shown today, and boy, it looks fabulous. The gleaming, glistening gargoyle is coated in shiny light bouncing off his rock solid bod and he now has sleek, golden wings to replace his old, webbed ones.

The short video shows us more than just how Galio looks now—it also gives us a sneak peak into his new abilities. From what we can see in the clip, Galio dramatically throws his weight around to send enemies into the air, he punches the heck out of anyone foolish enough to call themselves Noxian, and he soars majestically through the air before diving down on a target to send them careening into the sunset.

With this makeover, we went from the old Galio, who was gloomy and depressing and barely said anything, to a very lively and confident superhero-esque gargoyle.

While Riot hasn’t released any specifics on Galio’s new abilities, they certainly look cool. In fact, they look just cool enough to turn those that had forgotten he was a champion into top-lane mains—ones that play Galio every game in the hopes that it will give them superpowers too (although results may vary).